The Daily Barometer • May 18, 2016 • https://dailybaro.orangemedianetwork.com/10102/daily-barometer-news/unwind-in-the-plaza/

‘Unwind in the Plaza’ 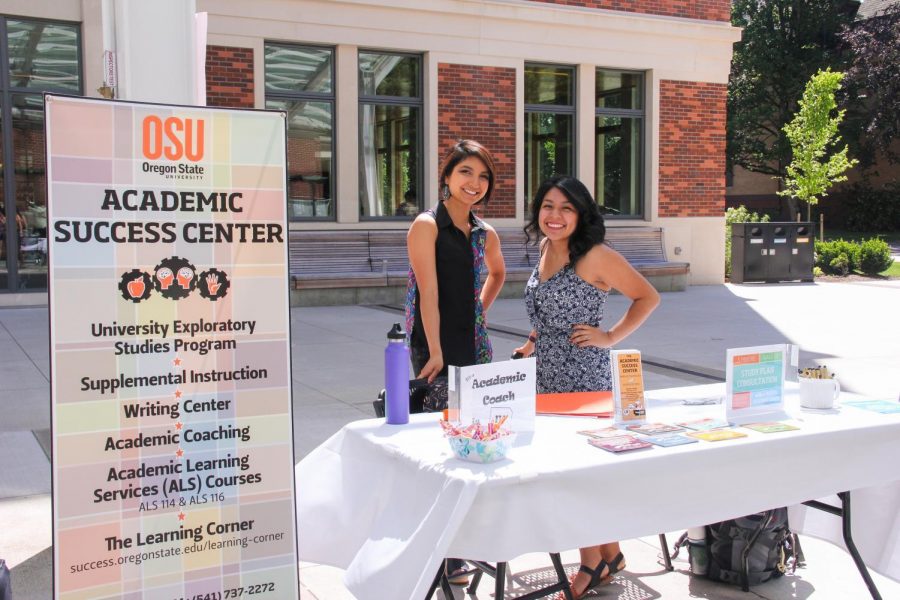 Unwind in the Plaza

For those feeling the pressure from week eight’s midterms and projects, yesterday’s event, “Unwind in the Plaza,” which took place in the SEC Plaza on campus provided students and staff with free tips and tools on how to manage their stress in a positive way.

This was the first year that this event took place underneath the SEC Plaza, greatly increasing access and visibility.

Campus organizations such as the Nutrition and Dietetics Club, Memorial Union, Academic Success Center and Counseling and Psychological Services (CAPS), promoted their services while engaging students passing in between classes.

“I think it’s important for students to learn coping mechanisms because we’re stressed for a majority of the term,” said Virginia Tat, CAPS representative and event coordinator. “Having these different resources on campus lets people know it’s available to help them focus in school, and also with time management”.

A year ago, CAPS held its first annual “Yoga in the Quad” aimed at giving students a chance to de-stress. After seeing the positive response from students, plans were created to expand the event by including more activities and booths.

“Last year we just offered yoga. We had a table with CAPS resources, but there is definitely a lot more collaboration this year” Tat said.

The OSU Craft Center invited students to color mandalas with markers and colored pencils, taking their minds off the daily hustle and bustle of life.

“I think that drawing uses a different part of the brain, allowing people to focus on an activity that is non-stressful,” said Susan Bourque, managing director of the Craft Center.

Rafid Chowdhury, Memorial Union President, helped behind the scenes with putting the event together. As a student himself, he knows what it’s like to feel stressed out in college and wanted to help the event grow.

“Compared to last year, we had more activities and was thus accessible to more people and spread over a longer amount of time” he said.

“My favorite part was the guided meditation. It doesn’t require any extra effort or learning, but is based on being in the present with the body through breath,” Chowdhury said. “It’s very relaxing and can be performed at anytime at any place for even a few seconds.The ease of access and the effectiveness it has makes it my favorite resort for stress management.”