The Daily Barometer • May 13, 2016 • https://dailybaro.orangemedianetwork.com/10140/daily-barometer-news/near-death-to-near-recovery/

Near death to near recovery 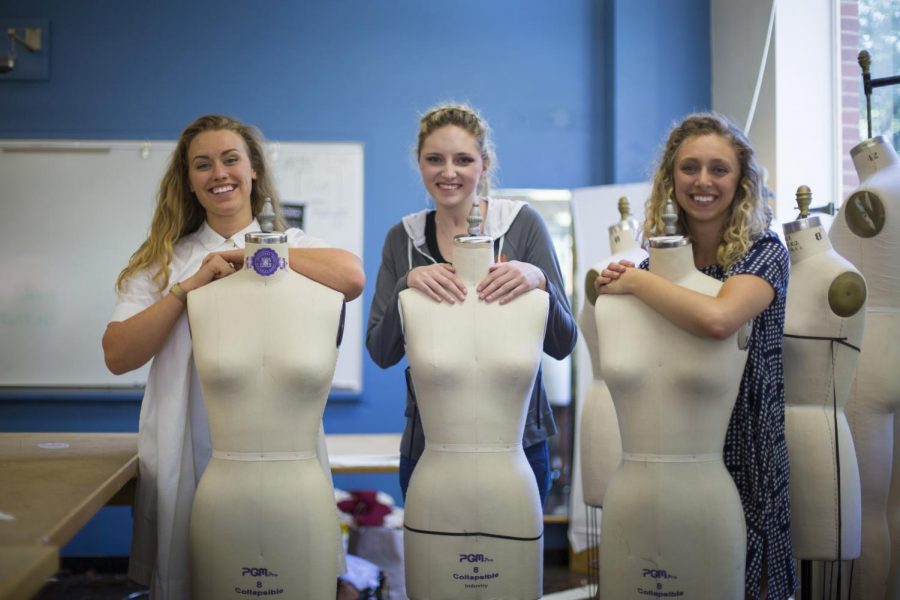 When Jessica Neffendorf walks down the runway at the Oregon State Alumni Center on Saturday, it will be the third time she has modeled at the OSU Spring Fashion Show.

She expected this moment to come a long time ago. After all, Neffendorf modeled at the show her sophomore and junior years in Corvallis in 2012 and 2013. She planned on modeling in 2014, too.

Neffendorf was driving home from class on Nov. 21, 2013. At 4:35 p.m., she turned left from Circle Boulevard onto Highway 20. Her car was struck by a drunk driver with a suspended license, who ran a red light and slammed his car directly into her driver-side door.

Neffendorf suffered a broken femur, shattered pelvis and damage to her liver, bladder and spleen. She endured so much head trauma that doctors had to remove part of her skull to relieve pressure while her brain swelled.

The drunk driver was able to walk immediately after the crash; Neffendorf had to be extricated from her car and rushed to the hospital, where she lay in a coma for nearly three weeks.

“I don’t remember anything about the accident, which is good because I’d be afraid,” Neffendorf said this week. “He completely wrecked my car and wrecked me. [Doctors] had to really do everything on the inside of me.”

After the crash, Neffendorf began questioning if any of her dreams were possible. She spent four weeks in the intensive care unit, four months in the hospital and then several more months strapped in a wheelchair. She couldn’t shower without the help of her mother and her body didn’t always respond well to the medication. She couldn’t move her limbs and thought she would never walk again. For the better part of a year, she had trouble speaking.

“I had come to terms with it,” she said.

Neffendorf had plenty of goals before the accident. She was on track to graduate in the spring of 2014 and had connections with Nike for a possible job after college. She and her boyfriend Shane had talked about getting engaged before he shipped off to Afghanistan in the spring. All of these aspirations seemed unreachable in the months following her near-fatal crash.

Neffendorf came to watch the OSU Fashion Show in 2014, the same show she intended to model for until the accident less than six months prior. The show was dedicated to Neffendorf and she was brought on stage in her wheelchair to be recognized, but she wasn’t ready to be in front of an audience yet. Still fighting sickness and an upset stomach, Neffendorf had to leave early. To this day, she has no recollection of the event.

“She was upset because she knew that she should have been up there [modeling]. That broke my heart,” said Tessie Blake, a senior in Apparel Design who has helped put on the show since 2013.

But luckily, Neffendorf had plenty of support in her rehabilitation process. Part of the proceeds as well as extra donations from that year’s Fashion Show were given to Neffendorf’s family for her medical expenses. In her time in the hospital, she was rarely unaccompanied by her family or boyfriend Shane.

“She just had this determination that she was going to fight,” said Jessica’s father, Don Neffendorf. “Whatever downturn there was — she had some infection issues, the internal injuries, the brain injury— whatever it was, she was determined. She was going to fight. When the doctors said, ‘Jess, are you in there? We need you,’ we knew she was in there fighting. We knew she wasn’t going to give up.”

After improving well enough to move out of the hospital, Neffendorf moved back to Gresham to live with her mother. A taxi cab would pick Neffendorf up every day to take her to the Brain Injury Rehabilitation Center in Beaverton.

“I liked going to rehab,” Neffendorf said. “They helped me. I could work out and do all these games. It was really fun.”

“It seems every six months, there’s a level she reaches that we thought, ‘wow, we didn’t think that was going to happen,’” her father said.

She’s still on the rehab process, making multiple trips to the gym a week with Shane or her sister Amanda, but already she feels she has made a “near” full recovery. At the very least, she will be able to walk at the Fashion Show on Saturday, which will be momentous considering how far she’s come in the last two years.

Now, Neffendorf doesn’t have to stop at just feeling better. Once the idea of returning to the Fashion Show became realistic, she couldn’t resist the thought of going back to the stage she expected to model on two years ago.

“I asked her about a month ago, ‘Jessica, would you like to go back?’” her father said. “She got this polite look in her eyes and a big smile and said, “Absolutely.”

The elder Neffendorf contacted Marianne Dickson, the instructor of the designing class that puts on the Fashion Show every year. Dickson started thinking of the student designers already making outfits for the show that could also put something together for Jessica to wear.

Two of the first people Dickson went to were Blake and Katie Todd, both seniors in apparel design and merchandising management. They were already four months into the five-month planning process, but neither wanted to pass up the opportunity to help.

“There was no doubt in my mind,” Blake said. “If she wants to do that, I’ll do whatever [I can]. I have to push myself through that distress because I want that for her and I want to be a part of it.”

“We were kind’ve in agreement that these kinds of things don’t happen very often,” Todd added. “You have to take advantage of it.”

Neffendorf’s recovery has not only revitalized her hopes, it also has opened up possibilities for others like Blake and Todd to join in her story. Neither had ever talked with Neffendorf until this past Saturday, which made designing outfits difficult without Neffendorf available to try on the prototypes earlier.

At one point, Todd made five different garments for Neffendorf but did not like anything of them, so she scrapped all five and started all over again.

“It was so crazy to stand at the back of the room and look at Jessica,” Dickson said. “She looks like nothing ever happened to her. I saw what that car looked like. I read about her injuries. I saw pictures on Facebook. I saw her come back and not be able to talk, not be able to move her body. And there she was, standing like nothing had ever happened. I get choked up just talking about it.”

Blake arrived at 8 a.m. on the day of the rehearsal, met Neffendorf for the first time and quickly got to work completing the design. With her model finally available in person, Blake estimates she finished 30 percent of her work this week alone for the show. She also realized the dress she had made for Neffendorf unintentionally but perfectly covered all of her scars, including the one on her adam’s apple.

Overall, Blake and Todd are ecstatic just to be able to contribute to Neffendorf’s return to the stage.

“To me, it’s a miracle from God that she’s able to do what she loves,” Todd said.

“I want to see her parents. I know this is big for them and they’re excited for her,” Blake added. “She might not express to me how excited she is, but if I see her parents in the crowd and they’re happy, I’m super down. As a parent to have this happen, I feel like that would be pretty rad. I want to see them and make sure they are happy and proud.”

Neffendorf is just as exhilarated. Going forward, she hopes and fully expects to enroll in classes at OSU again soon. She still has the same composure as she did before the accident and for her, Saturday can’t come soon enough.

“It’s going to be really cool,” she said. “I cannot wait. I’m going to have a really good time.”

She insists she won’t cry. That’s just not her style.

Dickson, who has helped put on the show for the last 12 years and easily recalls Neffendorf’s consistent smile and reliability in the 2012 and 2013 shows, may have a tougher time holding back tears.

“I’m sure I’m going to start crying,” Dickson said. “What I can’t fathom is how to have the audience understand what they’re seeing.”

Neffendorf’s family, including her four sisters as well as her parents and extended family, will be able to witness firsthand the pinnacle of her recovery: walking at Saturday’s Fashion Show after an arduous 29 months following her accident. On Saturday, it might seem like the crash never happened.

Of course, there will be some things Neffendorf can never get back, such as the car she nearly perished in that November afternoon.

She still remembers the 1992 Buick Riviera that she had named Larry. She had owned Larry since she learned to drive at age 16.