Corvallis Museum opens for community to access to local history 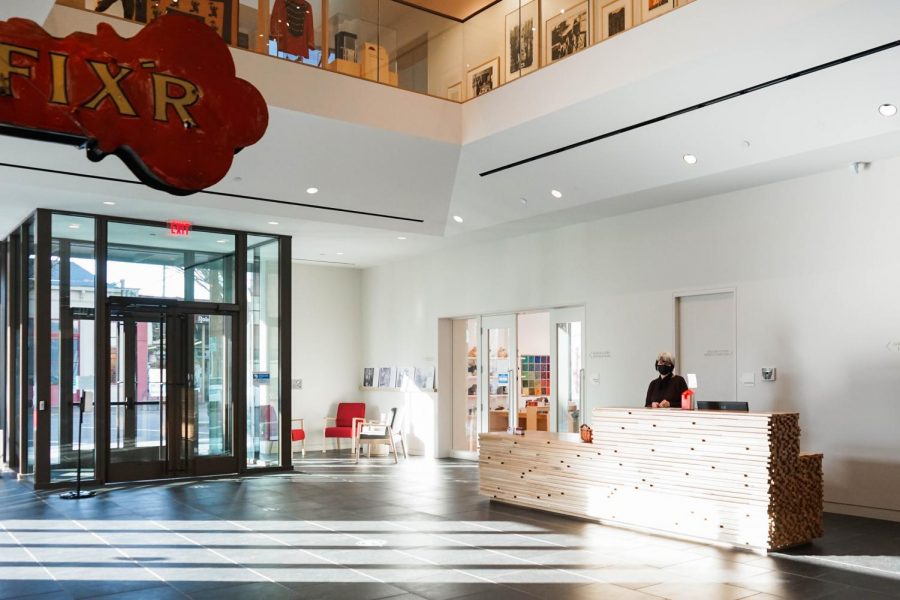 Completed in February, the Benton County Historical Society presents the Corvallis museum, offering an opportunity for residents, students and tourists to learn about local history.

Allied Works Architecture based in Portland and New York City designed the building that cost $11.5 million. When out of pandemic conditions the 5,000 square foot building can hold 100 people. Over 700 donors supported the museum. The push to create buildings like this is part of Corvallis’ 2040 vision plan that is aiming to have a cultural cluster downtown.

In a press release from BCHS describing the museum, Director Irene Zenev noted the innovative aspects that have been considered while designing the museum, including space for educational and community programming.

“It’s not going to be what you expect,” said Anne Bernard, a principal at Renate, the exhibit design firm for the Corvallis Museum. “It’s [like] the Apple store meets the Alice in Wonderland of museums.”

Zenev has been working in museums since 1985, and she started with the Benton County Historical Society in 1998 as their exhibitions curator and returned in 2007 as Executive Director. Personally, one of her favorite objects of the museum is the William L. Finley goat suit, worn to photograph goats in the late 20s.

“I think students will be surprised by the modernity of the experience,” said Grace Andrews,  a team member with Renate. “The Allied Works building is so beautiful, and the experience design strives to spark genuine curiosity about the stories and people within exhibits. This is a place for them to leave an imprint as a part of the Corvallis community. They’re [a] part of history now.”

The construction of the museum offers a new opportunity to preserve local history and tell Corvallis’ story.

“Local history is so important in giving context to the places in which we live,” Andrews said. “It is a connective tissue linking people together. It is vital for next generations to know where they came from in order to [move] forward in positive ways that can respect, learn from and hopefully improve upon the past.”

Bernard agrees with this statement and said she also believes in the power of local history and attributed a lot of this to many of the museum’s pieces being sourced through the John Horner collection, who originally wanted these collection pieces to make a “Smithsonian of the West.”

“It’s pretty amazing what people make; the objects are fascinating to me because they show human inventiveness and [creativity] and adaptation to the environment,” said Director Zenev.

Eve Selbie, a tour ambassador at Oregon State University said she finds history to be a big part of her job and is planning on attending the museum when more tickets become available and her schedule allows.

“Local Corvallis history is important for a few reasons,” Selbie said. “It can allow students and residents to feel closer to their community by learning more about it. It can also help Corvallis residents understand the wrongdoings committed in the past to help address inequities currently and make reparations. For example, acknowledging that Corvallis was originally home to the Kalapuya people, who were displaced by settlers in the mid 1800’s.”