The Daily Barometer • May 18, 2016 • https://dailybaro.orangemedianetwork.com/10175/daily-barometer-sports/scott-rueck-signs-extension-through-2022/ 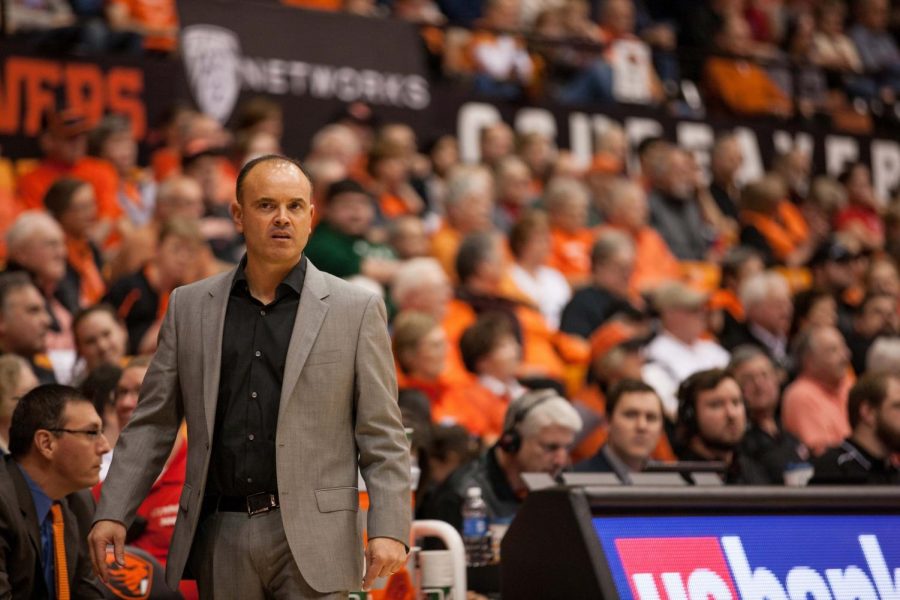 Following the best season in program history and the team’s first ever trip to the Final Four, Oregon State women’s basketball head coach Scott Rueck signed an extension that will keep him in Corvallis through the 2021-2022 season, OSU announced Wednesday afternoon.

“I am very thankful and humbled to receive the continued support of president Ed Ray, athletic director Todd Stansbury and deputy athletics director Marianne Vydra,” Rueck said in an OSU news release. “Kerry and I love Oregon State and the community we are blessed to be a part of. It is a privilege to represent Beaver Nation and to work in an environment that provides our students the support and opportunities to achieve at a level beyond their imagination.

“The last six years have been both challenging and exhilarating for all associated with Oregon State women’s basketball,” Rueck continued, “and I could not be more excited about our future and the opportunity to build upon this foundation.”

Rueck’s extension comes as no surprise, as he completely rebuilt a program that was in shambles following the LaVonda Wagner fallout, into a Final Four contender in just six short seasons.

Last season the Beavers went 32-5 in 2015-16 and advanced to the Final Four before falling to Connecticut. OSU has now made the NCAA Tournament in three-straight seasons, since snapping an 18-year tournament drought in 2013-14.

After losing Pac-12 Player of the Year Jamie Weisner, Defensive Player of the year Ruth Hamblin, Deven Hunter, Sam Siegner, and Jen’Von’Ta Hill, the Beavers will look to reload next season with the program’s best ever recruiting class ranked No.16 in the country.

“It’s difficult to put into words how impressed I am with the incredible job that Coach Rueck has done in rebuilding our women’s basketball program and taking it to a historic level,” OSU Vice President/Director of Athletics Todd Stansbury said in an OSU news release. “What this program has achieved on the court, in the classroom and in the community is a testament to Coach Rueck’s character and the Everyday Champions culture that we are striving to develop at Oregon State. I’m excited that Coach Rueck will continue to represent Beaver Nation for years to come and look forward to many more memorable experiences.”

“I’m excited that Coach Rueck will continue to represent Beaver Nation for years to come and look forward to many more memorable experiences,” Stansbury added.