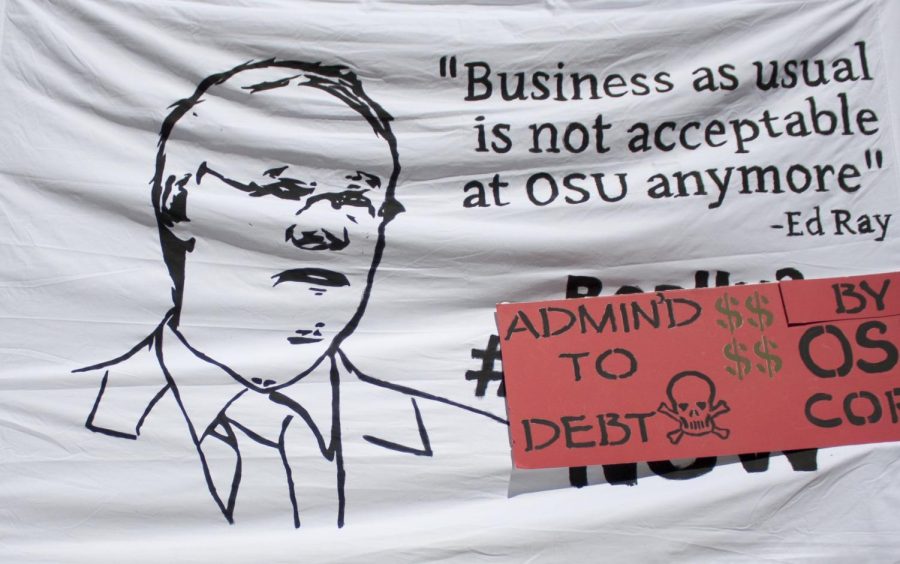 A tuition increase for the 2016-2017 academic year has been approved by the Oregon State University Board of Trustees.

The increase was voted in an 11-1 vote. Mark Baldwin, who voted telephonically was the only member of the board to vote against the increase. Baldwin couldn’t be reached for comment.

After being introduced in mid-February, the increase effects several fees, including a 2.1 percent increase to resident undergraduate students.

Vice President of University Relations and Marketing Steve Clark stated that the Board of Trustees took the concerns of OSU students, faculty, staff and Corvallis community into account when voting.

“I think every member of the Board took very seriously the comments of the students and the faculty and the community members and their opposition to the tuition increase,” Clark said.

Clark stated that the Board acknowledged the comments from concerned parties and was mindful of the impact that the increase would have on them and their families.

Clark noted there was interest from the Board to increase student engagement in the budgeting process.

“There was a strong interest to expand students’ interest in budgeting. As one board member put it, greater creativity,” Clark said.

At around 9 a.m. Thursday prior to the vote, students and Corvallis community members began to congregate in front of the Memorial Union holding signs and writing messages in chalk demanding lower tuition rates and condemning OSU for its ties to corporations.

Some messages included statistics detailing how tuition has doubled since 2008 and others argued that OSU is becoming more of a corporation than an institution of higher learning.

“Welcome to OSU.CORP,” was written by one protester in bright orange chalk on the pavement in from the Memorial Union.

The rally was organized by Allied Students for Another Politics (ASAP), an activist group whose mission is to fight against institutionalized oppression in various forms including student debt, according to the ASAP website.

ASAP also protested the Board of Trustees meeting that was held on Wednesday.

Christensen addressed the Board of Trustees at the meeting and told them how the tuition increase could affect students by telling her own personal story about trying to pay for college.

Christensen had to leave OSU due to being unable to work multiple jobs, go to school full time, and take time for her well-being.

Some professors are also displeased with the increase, and raised their concerns at the meeting alongside the students. OSU philosophy professor Joseph Orosco addressed the Board of Trustees and discussed how some of his students are having trouble completing their assignments due to financial issues.

“It’s really hard for me as an educator. Two students came into my office hours saying they cannot complete their assignments because they’re homeless,” Orosco said.

Orosco went on to mention that professors often do not see the struggles that students are facing.

Linda Richards, a history professor at OSU participated in the protest and discussed how tuition increases have affected her students.

“I’ve seen the intensity raise in students. They can’t do their (school) work because they have to work,” Richards said, discussing how students often juggle full-time work to pay for their full-time schooling.

According to Richards, this increase goes against OSU President Ed Ray’s promises for reform within the university.

“At the Martin Luther King breakfast, Ed Ray promised to change the university from the inside out. This is the opposite of what he promised,” Richards said.

According to associate computer science professor Cara Borradaille, the costs students pay have nearly doubled compared to when she started teaching at OSU in 2009.

In 2009, students paid roughly $6,000 per year in fees, Borradaille said. She continued by saying sudents pay roughly $10,000 in fees annually how.

Borradaille stated that the only other financial increase of that magnitude she has seen throughout her time at OSU was the increase of the salaries of athletic coaches.

The tuition increase for the Honors College, mandatory student fees and graduate non-residents will be reported to the Oregon Higher Education Coordinating Commission (HECC), a mandate for the increase being over the 3 percent mark from the previous years fee levels.

According to the OSU Director of Fiscal and Budget Planning Sherman Bloomer, the new tuition rates are now official and will be posted on the budget and fiscal planning website in the near future.

Financial aid will also be affected by the increase, according to Bloomer. The Financial Aid office is looking at building costs associated with aid into packages as a part of their contingency planning. Bloomer said the increased tuition is automatically rolled into planning for financial aid for the next year.

One of the biggest changes students will see in regards to their financial aid next year, according to Bloomer, is their potential for receiving the Oregon Opportunity Grant from the state.

According to Bloomer, while the Oregon Opportunity Grant will still be available to help students pay for their higher education, the change will be found in the students who receive it.

The grant will now be reserved for students with the greatest financial need based on estimated family contribution and those who may have received the grant in past years may not receive it in years to come.

“It’s a different mix of students because the state changed the eligibility criteria, so, basically, they want to target the money they have at the very neediest students – those that have zero expected family contribution. ” Bloomer said.

According to Bloomer, the financial aid office has been aware of this since fall term.

Bloomer attributes this as having partially to do with the enacting of the Oregon Promise Program, Oregon’s version of the free community college program passed by President Obama last year.

Bloomer stated that OSU and U of O will see the biggest impact of this readjustment of the Oregon Opportunity Grant out of all of the schools governed by the HECC.

Bloomer also addressed comments made at the Board of Trustees meeting about OSU’s ties to corporations. According to Bloomer, the 2.1 percent increase in resident undergrad tuition translates to roughly $2 million. Out of that $2 million, $900,000 will be brought back to need-based financial aid.

Patricia Reser, chairwoman of the Board of Trustees also serves as a board chair and is a founder of Reser foods, the namesake of Reser Stadium.

“The trustees are a set of very distinguished people who have had careers in all different kinds of higher education and in the corporate world and nonprofit worlds – it’s a wide range,” Bloomer said.

According to Bloomer, the tuition increase is set to go into effect at the beginning of the 2016-2017 school year in the fall and will remain until summer 2017. Around the middle of spring 2017, discussion will start up again to see if another increase is on the horizon, Bloomer said.