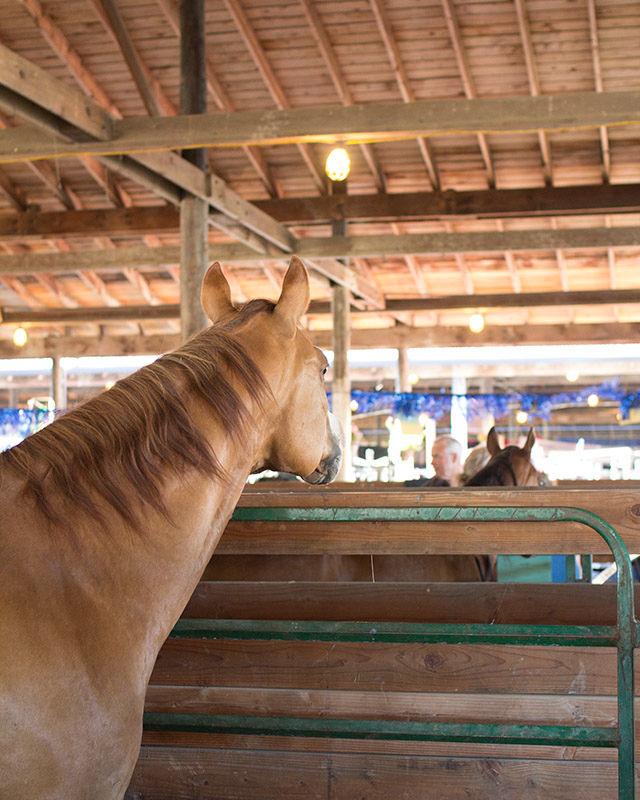 Under fire by horse activist groups, the Oregon State University School of Veterinary Medicine and the Bureau of Land Management (BLM) are looking to collaborate on the sterilization of wild mares in Hines, OR.

Carol Walker, director of documentation at the Wild Horse Freedom Federation (WHFF) finds OSU’s involvement in the possible experimentation not only unethical and inhumane, but in direct violation of the Wild Free-Roaming Horses and Burros Act.

The act states that if there’s an overpopulation of wild horses and burros in a given area, sterilization can be used as a means to control the wild horse and burro population. This can only be done with approval by the BLM Secretary of the Interior.

According to Walker, the BLM is violating the act on the grounds that the BLM would be utilizing medically invasive procedures on the animals.

“It in no way conforms to the minimally intrusive management on the range that the Wild Free-Roaming Horse and Burro Act of 1971 was passed to ensure,” Walker said in an email.

Walker also takes issue with the environment in which the possible research would take place in, arguing that the holding facility would not be truly sterile and that the horses would be scared of being contained and tested on.

Currently, the BLM is asking OSU to test three different methods of sterilization on the mares, according to Walker.

While the School of Veterinary Medicine would be conducting research on these sterilization methods upon approval, OSU Vice President of University Relations and Marketing Steve Clark is handling all calls and emails concerning the project.

The BLM first contacted OSU and the School of Veterinary Medicine and asked them to examine three potential sterilization methods as a third-party researcher and determine which one is the most safe and effective, according to Clark.

OSU has yet to decide if they will collaborate with the BLM on this project, Clark said. However, the research endeavors the BLM is proposing must first be accepted by a committee within the university.

The university is currently evaluating the proposed project for the safety of the animal subjects, Clark stated.

“Dependent upon whether this research is accepted by this independent university committee, then it would be up to the BLM to accept our requirements for safe and appropriate research methodologies,” Clark said.

According to Clark, OSU as a whole has no opinion on the issue of horse sterilization.

Clark emphasized that OSU takes this matter and community opinions, such as those from Walker very seriously.

Clark stated that the groups opposing the project are concerned with the humane treatment of the animals and that OSU agrees with those concerns.

In light of the recent tuition increase that was passed on March 31, Clark emphasized that no tuition dollars will go towards the research project and that funding would come directly from the BLM.

“The funding would provide for the work to be done by the researcher and the care of those animals that are involved in the research,” Clark said.

Clark is unsure of how much student involvement there would be in the project and if there will be any at all.

“The role of a research university, whether it’s about public health and human sciences or engineering or the liberal arts or veterinary medicine, is to both teach and conduct research in an unfettered way and provide information to students and the public in the case of research,” Clark said.

According to Clark, the research will be primarily conducted by Michael Huber, an associate professor of veterinary medicine at OSU and licensed large animal surgeon.

Huber’s work will be monitored by another third-party committee to ensure the safety of the animals and people involved in the project as well making sure that the project is conducted in an ethical way, Clark said.

Clark stated that Huber is concerned about the well-being of the horses and the impacts that overpopulation has on their health.

Charlotte Roe, a founding member of the Wild Equine League of Colorado, is in opposition of OSU’s potential collaboration with the BLM on the sterilization research project and argues that there are alternatives to testing the three medical procedures, suggesting the possible use of the porcine zona pellucida (PZP) vaccine.

The PZP vaccine is an immunocontraceptive vaccine that is given to mares in as a means to control the population of wild horses in a given area and decrease foal production numbers over a given time period according to the National Center of Biotechnology Information.

According to Dawn Sherwood, an assistant professor in animal and rangeland sciences at OSU, while the PZP vaccine has seen success in other areas, there are few alternatives to mare sterilization in the case of Hines.

Sherwood believes that the sterilization project will affect herd behavior and dynamics in addition to the population of horses in the Hines area.

While wild horses travel in herds, they also have subgroups within the herds called harems. These harems which are comprised of one stallion, a lead mare, and between four and 20 other mares could change in size depending on the outcome of the sterilization research, Sherwood said.

According to Sherwood, the horses’ overpopulation is causing problems within Hines’ ecosystem.

“I don’t have exact numbers as of this year but I do know that the numbers are out of control. They are running out of vegetation, watering holes are going dry – you have things along those lines where the land is just not sufficient enough to provide enough food and water for those horses,” Sherwood said.

Since horses graze to the ground due to the structure of their teeth, they cause damage to grasses and create competition between other horses, deer and elk. Additionally, because of the structure and design of their hooves, an overpopulation of horses is causing damage to Hines’ lakes and riverbanks, according to Sherwood.

When a large group of 20-40 horses are around a single watering hole, their hooves can trample down the edges and cause damage to the area’s riparian zones, according to Sherwood.

Sherwood mentioned that wild horses are a species that were originally introduced to the United States by humans, but as agriculture became more industrialized and the use of tractors became more common, the horses were often set free by their owners.

“That’s really the basis of our wild horses, that they are feral horses and they’ve replicated, they’ve reproduced, and that’s where it needs to be taken care of is reducing their reproduction,” Sherwood said.

As a result, the horses reproduced on their own and began roaming countrysides nationwide, Sherwood said.

According to Sherwood, there are positive outcomes that could come from sterilizing the mares including decreasing foal production numbers and the environmental problems that come with overpopulation.

Sherwood takes issue with opponents of the sterilization research project because she believes that some groups are advocating to maintain the status quo for the wrong reasons.

While Sherwood understands the sentimental attachment people have to wild horses, she believes that people don’t realize the pain horses go through as a result of a lack of population control.

“That’s what frustrates me as a horse person,” Sherwood said.