Beavers set to take on Cardinal 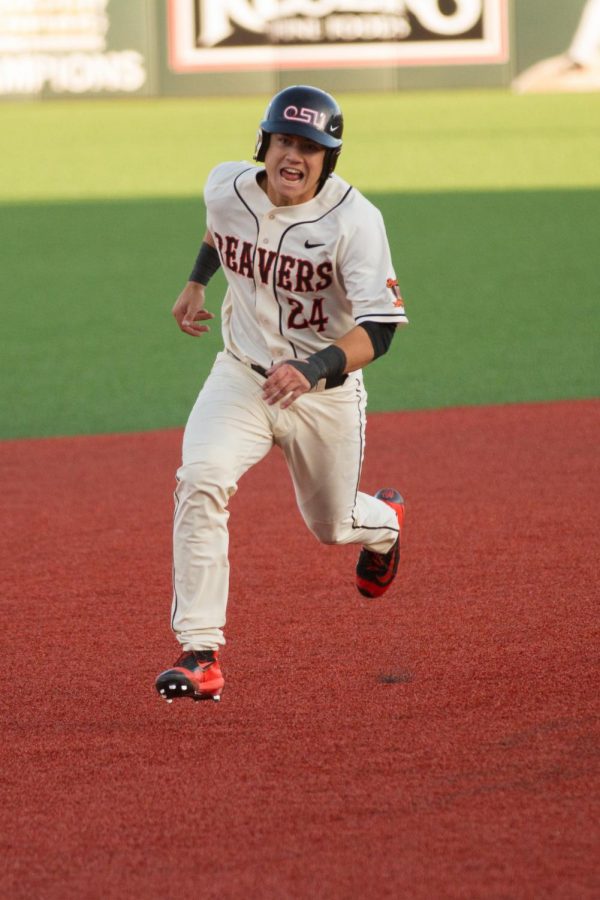 Beavers vs.Trees. Nature’s nemesis will square off on the diamond of Goss Stadium when Oregon State hosts Stanford for a pivotal Pac-12 matchup this weekend.

Ten of the 11 teams in the Pac-12 are in striking distance of claiming the Pac-12 title, and Oregon State and Stanford are both in the thick of it.

Who’s going to win? Let’s break this series down.

OSU’s offense is ranked in the in the top-three of the conference in nearly every offensive category. They lead the Pac-12 in batting average, slugging percentage and runs per game. Of the eight players who have 100 at bats on the season, four players — sophomore Christian Donahue, freshman Nick Madrigal, junior Logan Ice and sophomore Jack Anderson — eclipse the .300 mark with Donahue batting .380. Three more players — junior Trever Morrison,sophomore KJ Harrison and sophomore Kyle Nobach — all have batting averages between .295 and .299. There aren’t many weak spots in the lineup.

The Stanford pitching staff is essentially the Oregon State offense, in terms that they are the top staff in the conference the same way OSU is the top offense. They are the lone team in the Pac-12 to have a team earned run average (ERA) lower than 3.0 and have the lowest opponents batting average. Tristan Beck, who has a 2.19 ERA, is the ace of a staff with five pitchers of a sub-3.0 ERA with at least 20 innings pitched.

There is no Matt Boyd, Jace Fry, Ben Wetzler or Andrew Moore on the Beaver’s staff anymore. They no longer have Drew Rasmussen and Sam Tweedt, who suffered season-ending injuries. But they do have senior Travis Eckert and sophomore Luke Heimlich.

Eckert, who has been thrust into the role of the team’s ace with the string on arm injuries that plagued the rotation, has been nearly unhittable at Goss Stadium. In his four home starts this season, Eckert has 0.89 ERA in 20 1/3 innings.

In four starts since being inserted into the weekend rotation from the bullpen, Heimlich has pitched 28 1/3 innings, allowed only four runs on 16 hits. He is slated to make the start of Saturday.

Only the Oregon Ducks have a lower team batting average than Stanford. As a team the Cardinal are batting .247 and have scored 164 runs this season, only four runs more than the lowest scoring team in the conference. The Cardinal are going to test the Beavers’ defense by putting the ball in play. As a team, they have the fewest number of strikeouts and walks in the conference.

Casey, who has ONLY been heading the Oregon State baseball program since 1995, has made four trips to the College World series–winning two–since 2005.

Advantage: Push. Both these coaches/director of baseball have accomplished a great deal managing teams. Casey has the rings, Marquess has the longevity and is already a member of the American Baseball Coaches Hall of Fame.

Oregon State has some pretty sweet baseball names, leading the way is Logan Ice. but then there’s “Magical” Nick Madrigal, Scotland Church, Billy King and Tommy Paul (not to be confused with Tommy John).

There are some gems in the Cardinal lineup as well. Beau Branton, Nick “Sounds like Conforto” Bellaforto, Colton Hock, Jesse Kuet, Daniel Starwalt.

How the series plays out:

Oregon State has swept Stanford the past three seasons–winning 11 straight, but that was when Oregon State was a dominant program in the Pac-12. With questions still being resolved in Oregon State’s pitching staff, a third consecutive sweep may not happen. I’m taking the Beavers at home with a 2-1 series win.

See you at Goss.