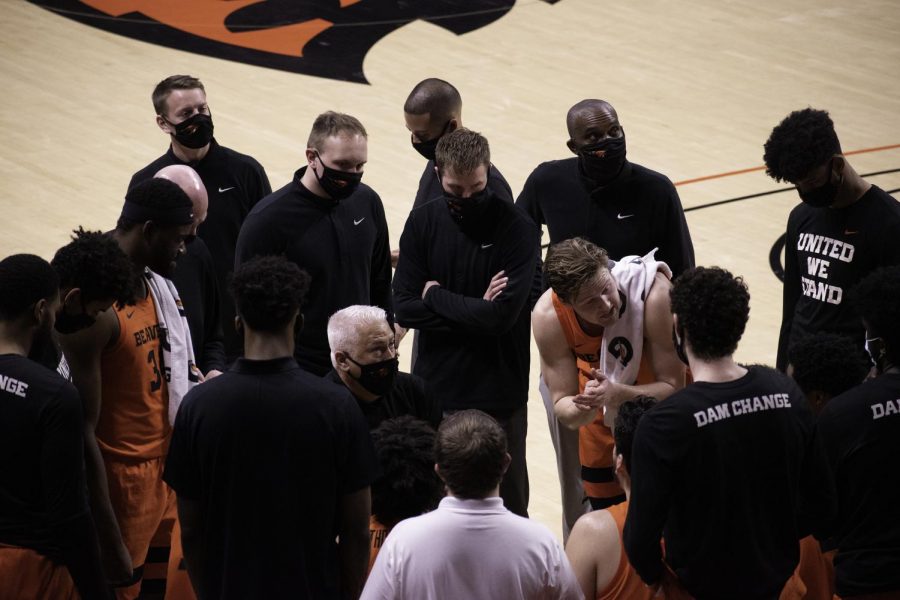 The Oregon State Beavers will advance on to the Elite 8 for the first time since 1983, and become only the second 12-seeded team to make the Elite 8 in NCAA Tournament history after beating the Loyola Chicago Ramblers 65-58.

In what started as a defensive slugfest of a game, the Beavers were able to control the tempo played with smothering defense, holding Loyola Chicago to a 33.3% field goal percentage, and held the lead after taking it in early in the first half.

But the Ramblers’ defense was just as strong in the opening half, with the halftime score only totaling 24-16. The Beavers wanted to pressure the Ramblers shooters into tough three-point shots and heavily contested shots in the middle of the paint, and did just that throughout the game, holding Loyola Chicago to 21.7% from beyond the arc.

Senior guard Ethan Thompson led both teams in scoring once again, with 22 points on 6-13 shooting including two three pointers to boost his total. Junior forward Warith Alatishe had 10 points and 11 rebounds on an efficient 4-8 shooting from the field, contributing a steal on the defensive end of the court as well.

The Beavers also shot over 90% from the free throw line again in this game, making 18-20 of their shots in today’s match-up, while the Ramblers connected on 17-24 of their teams chances at the line.

Holding Loyola Chicago’s big man, senior forward Cameron Krutwig, to only 14 points and 10 rebounds, when he has been averaging over 20 points and 12 rebounds in this tournament so far, was a key part as to why the Beavs were able to maintain the lead in the game.

Looking ahead to the Elite 8, the Beavers opponent will be determined later tonight from the game including the Number 2 seeded University of Houston and the Number 11 seeded Syracuse University which takes place at 6:55 on TBS.