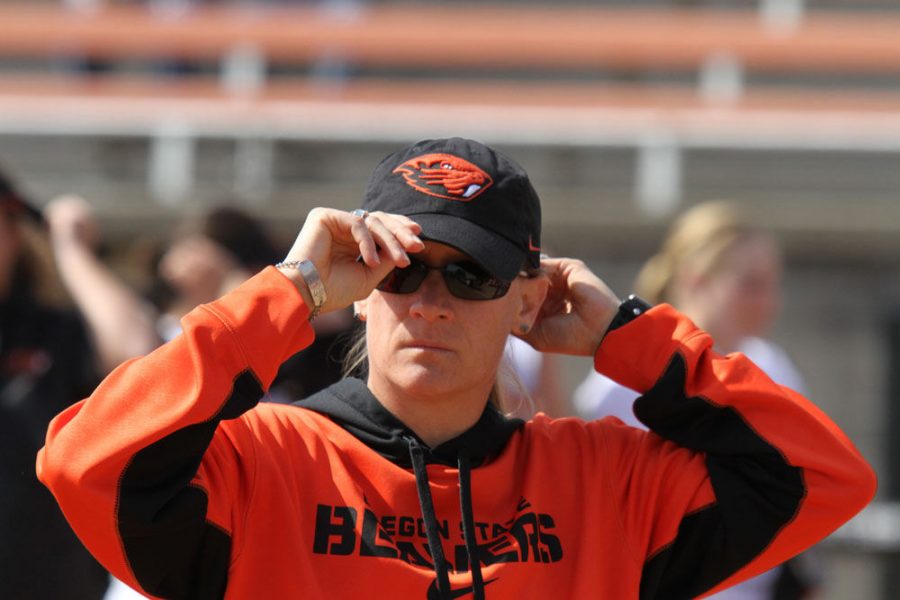 For a team that finished 26-26 last year and went 20-4-1 in the nonconference schedule this season, the Oregon State softball team started 2016 well above expectations.

The Pac-12 Conference, though, has a tendency to dissipate momentum in a heartbeat. The Beavers are now two weekends into Pac-12 play, and the conference that currently has five of its nine teams in the Top 25 has done its best work on OSU.

OSU is 1-5 after two series with Utah and California, but head coach Laura Berg is able to point out the deficiencies.

“We’ve got to have a different mentality,” she said. “They’re not quite the same team they’ve been since the Pac-12 has started. We’ve got to get back to where we were.”

Berg has a point — OSU beat No. 18 Kentucky and No. 21 Oklahoma earlier this season. OSU was picked to finish eighth in the Pac-12 coaches poll, but the Beavers have their sights set on something higher — including their first NCAA Tournament berth since 2013.

“The goals for us, I would say as a team, is we just don’t want to be where they placed us,” said freshman outfielder Shelby Weeks. “They placed us eighth. We want to work as hard as we can and outwork everyone who thought that we couldn’t get to where we could. So just play our best and upset people, that’s where our goal is as a team.”

It helps that the upcoming opponent is Stanford, currently sitting at the bottom of the conference at 11-14 overall and 0-3 in the Pac-12 after a series sweep by Oregon. OSU was ranked No. 24 before the Cal series this weekend, but dropped out of the Top 25 for the first time since March 4.

OSU has been able to practice outdoors more lately with the spring weather rolling in, making it easier to play music over the loudspeakers at the OSU softball complex. Coach Berg often lets her players decide what they want to play, though she insists it’s a privilege, not a right.

“If I feel like they earn it, I let them have it on,” Berg said. “It keeps them loose. They tend to think too much, and I’m trying to get them out of that mode of thinking and just playing.”

Berg says she likes all kinds of music, and “when they used to sell CDs back in the day,” she says, she’d get anything from Marilyn Manson to Louie Armstrong.

Berg mentioned sophomore outfielder Lovie Lopez as the player with some of the best musical choices.

Coach Berg doesn’t have any problems with Kim Mulkey’s antics Monday night. The Baylor women’s basketball coach stole some of the limelight from OSU’s victory to make the Final Four by throwing her coat several feet down the sideline while arguing with an official in the second quarter, earning a technical foul.

“(It was an) intense game, and her season is on the line,” Berg said. “She’s old school. I played for an old school coach like that. That stuff doesn’t surprise me at all. I like that, as an athlete. I play for that, and I see how fired up she gets. That gets me fired up and wanting to fight for her, and she’s fighting for me.”

Would Berg do the same thing herself?

“It depends on how heavy my coat is,” she said.