Young voters: Go out and make your vote count 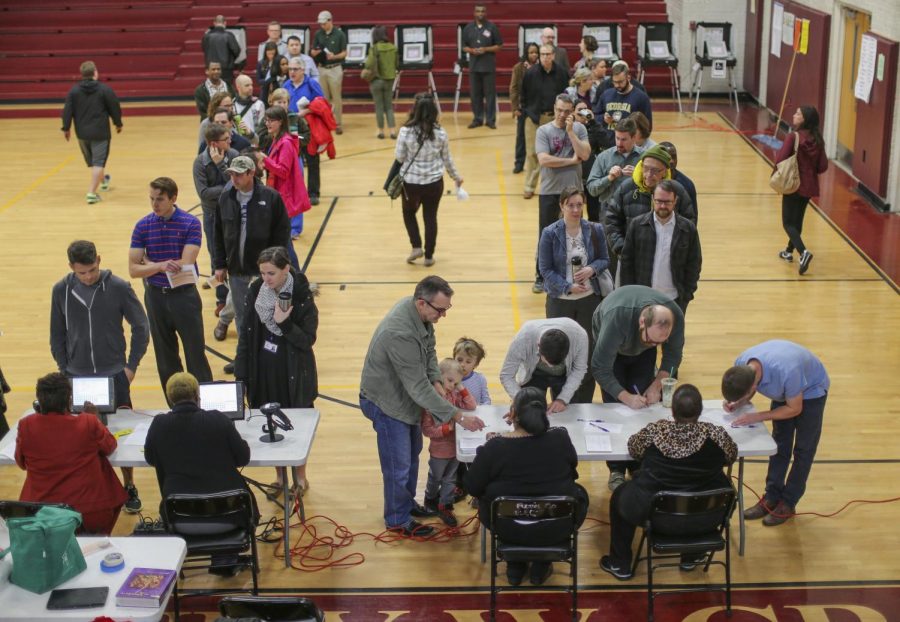 Get out and vote

The race for the presidency is upon us, and the youth vote might be more important now than it has ever been.

There are now more people in their twenties than there are baby boomers, according to an article from the New York Times. Despite this, young Americans continue to exercise their right to choose a leader in discouragingly low numbers.

In 2014, for example, a study at Tufts University found that the number of millennials turning casting their ballots fell to its lowest number on record. Just under 20 percent of people ages 18-29 turned out to vote, according to the Washington Post.

These statistics are outrageous. Why does a generation that tends to blame the country’s problems on the mistakes of its parents and grandparents not mobilize itself to enact change?

Voting, especially in the state of Oregon, takes just about no time at all—you can vote without having to venture further than your own mailbox, because of the vote-by-mail initiative the state passed in 1998. There aren’t really excuses not to vote if you don’t have to be physically present.

I see plenty of my peers taking what look like political actions online, which is great, but sharing a picture of a candidate on Facebook does not equate a vote.

The best thing you could do would be to pressure your peers to show up at the ballot boxes or to cast their votes by mail, so that the stereotype of the lazy and entitled millennial doesn’t get reinforced once again.

My intent is not to tell you who to vote for in this column, but I am going to make an example of Bernie Sanders, because he has been getting overwhelming support from young people.

Sanders has been continuously losing by very marginal amounts of votes to the PAC-endorsed media favorite Hillary Clinton in recent primary elections. Of course, caucuses don’t work in the same way general primaries do, but if all of the millennials who claim support for the candidate on social media actually turn out in droves to vote for him, I am confident that he could pull an Obama-’08 and leave Clinton reeling and wondering how on earth she lost to an underdog no one had heard of.

I’ve also heard a lot of “I guess I’ll vote for Clinton if she wins the primaries,” a statement that makes me want to bash my head against the keyboard. News flash: you do not have to vote for someone just because they’ve won the primary election. You can write in a candidate, or vote for a third party. But I highly encourage you not to vote for a candidate you don’t respect simply because they’ve won the first round, because when they end up winning and disappointing you, you’ll also be disappointed in yourself and politics in general. Also, it’s important that you don’t vote for a candidate because of what they’re against, but what they’re for. What does your candidate believe in? What are they passionate about? I’d be weary about the ones who only rail about the things they don’t like.

I know that sometimes politics do seem helpless. How can one person change a looming monstrosity like our government? The fallacy here is that you are not one person when you are counted with millions who are thinking the same way. You end up being a majority. A majority that is letting the baby boomers who do turn out to vote speak on your behalf. We hold the power to upset the generation that has been placing career politicians in important positions for decades.

It’s time to make them sweat.

You have a constitutional right that people in other countries dream about. You get to make your wishes known and your voice be heard. Don’t you dare throw that away. I don’t care who you vote for—that’s your individual right. If you agree with what Vermin Supreme stands for, go ahead and vote for him. But please, don’t let your ballot go uncasted, because your voice does matter. One of the candidates will be the 45th President of the United States. Make sure you help to decide who it will be.