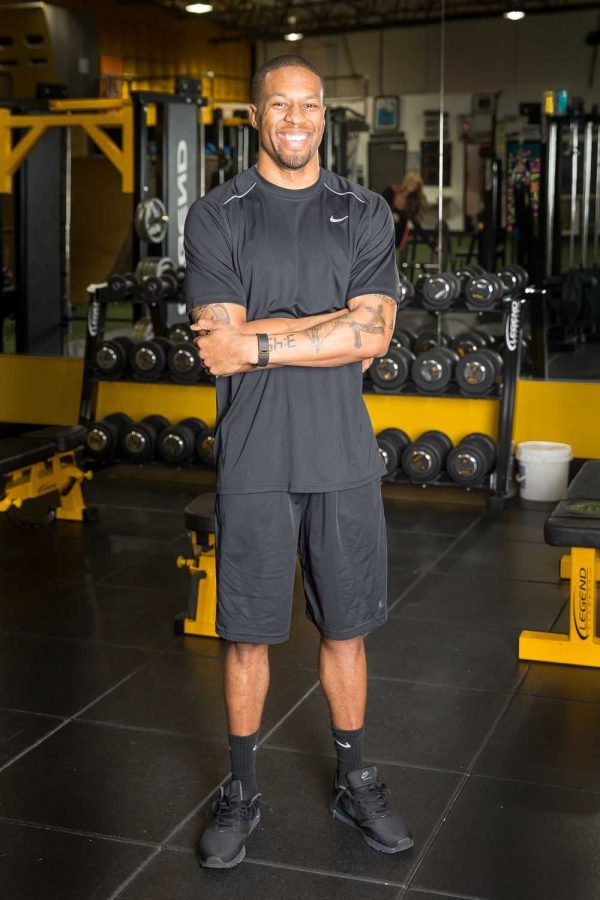 Josh and Matt LaGrone, brothers and former OSU football players, are settled into their new lives after leaving OSU

Josh LaGrone saw the football headed his way and jumped.

The team captain and star player for McQueen High School in Reno was best on the defensive side of the ball, earning All-State Honors as a defensive back and the conference’s Defensive Player of the Year award as a senior.

On this play, during his junior season, he was playing wide receiver. While running his route he got hit in the air and landed awkwardly, tearing his ACL. His brother Matt, one year his elder and a defensive end for McQueen, couldn’t bear the sight of his little brother injured.

“The next play on defense, I put the other team’s quarterback out of the game and got like a 45-yard penalty. That’s how mad I was because my little brother just got hurt,” Matt said.

Matt and Josh have always been close, being just one year apart among a family of five brothers and a father who spent his Sunday mornings at the pulpit. Matt and Josh became ordained ministers as teenagers, Matt at 13 and Josh at 17. They headed to Oregon State to play football in 2008, Matt transferring from the University of Nevada and Josh as a freshman safety. Both had tumultuous careers at OSU and both exited the program prematurely, Josh due to injury and Matt due to family issues at home in Nevada.

Matt was prepared to be a starting defensive end in 2010, one year after recording 28 tackles and two fumble recoveries as a junior. At 6-foot-6, 255 pounds, his length and quickness were enigmatic for opposing blockers.

“I remember I just hated blocking him because he would extend his arms and I could never even get my hands on him,” said Gabe Miller, an OSU teammate who blocked Matt in practice as a tight end before becoming the starting defensive end alongside Matt.

Miller also remembered Matt’s family-man persona, especially on display when Matt showed Miller pictures of his daughter back in Reno whenever he got the chance.

Before Matt’s promising senior year, he suddenly left the program to return to his family, catching Miller and other teammates by surprise.

Matt was married at the time with one stepdaughter and a three-month-old daughter of his own. Matt’s wife wanted him to leave Corvallis to help raise both kids “or else I wouldn’t see my daughter,” Matt remembers her saying. So, he begrudgingly forfeited his senior year to avoid losing his family.

Had he considered filing for joint custody while remaining in Corvallis, Matt could have avoided what he calls one of his biggest regrets in life of leaving his teammates behind. While it wasn’t easy when he returned to Nevada — he and his wife divorced a year later — he doesn’t regret securing the right to keep his daughter Amira in his life.

“I love being a father. It’s the greatest thing in the world to me,” Matt said. “She is my everything.”

Josh had his own unfortunate end to his collegiate football career, starting when tore his ACL a second time in 2009. It even more severely than his junior year of high school: his meniscus was also torn this time and he sustained a micro fracture in his tibia. Doctors told him he should never play football again.

“Terrible situation for him, but he handled it like a champ,“ said Howard Croom, an OSU tight end who was Josh’s host on his recruiting trip. “Josh is a positive guy and he leans heavily on his faith.”

Josh decided to come back in 2010 as a redshirt sophomore because he “owed it” to himself and his teammates, but took a medical retirement after the season. He immediately had second thoughts, though, and his knee healed well enough for him to try one more year of football.

“I think (my retirement) was about two weeks,” he said with a laugh. “I thought it over, talked to my family and then spoke with (head coach Mike) Riley. I was like, ‘coach, I feel like I need to be back out there on the field.’”

The 6-foot-1, 201-pounder played again in 2011 as a junior but his health forced him to forego his senior year of eligibility, just like Matt had done two years earlier.

Now, Matt and Josh live near each other in Reno and see each other just about every day. Their other three brothers also live nearby, and all five LaGrone kids are football coaches at Hug High School in Reno; Josh is the Defensive Coordinator, Matt is the Defensive Line coach and their brother Carl is the head coach.

Not only do the two LaGrone brothers still have the same close-knit relationship they’ve always had, the two things that caused them to end their football careers — Matt’s family and Josh’s health — are two of the strongest parts of their lives today.

Josh still has knee pain at times but is much healthier now and is a CrossFit athlete and physical trainer. He can squat 405 pounds, about the same as his peak in college. Not only does he spend about 25 hours a week as a physical trainer, he’s also a full-time police officer in Reno and has a wife and one-year-old son.

“They’re pretty much my motivation for everything I do, whether it’s personal training or law enforcement,” Josh said. “I always have the both of them on my mind.”

Matt, of course, has Amira. She’s now in the first grade, and Josh’s wife Whitney takes Amira to school every day. Matt provides financial stability for himself and Amira by working full time in the military as an active guard reserve member and recruiter. He’s finishing his Bachelor’s degree online through the University of Nevada and he’s also the youth group leader at nearby Victory City Church.

One of the biggest commitments for each, naturally, is the family life.

“I’m learning how to be a better dad, how to be a man that I want one day for her to marry and to be that example for her with my worth ethic and provision,” Matt said.

Matt foresees a promotion to Sergeant later this year and his serious relationship with his new girlfriend is a far cry from where he was at a few years ago.

“I might be getting married again here soon if I go ahead and pop the question,” he said. I’m not in that bad relationship any longer.”

Josh also has “a ton of goals” in his professional life. He interacts with two kinds of people as a personal trainer and police officer: people trying to better themselves physically as well as those in trouble with the law. Josh wants to help both types, hoping to eventually open his own physical training center, while being a cop has shown him “the positive effect I could have on society being a young, black police officer.”

“I’m in the best of both worlds with both of my careers, and I’m loving it,” Josh said.

Having each other nearby both geographically and emotionally is huge for the LaGrone brothers, and their impact on their community now has stayed steady from their time on the OSU football team.

“If you’ve got a team full of guys like (Matt and Josh), then you’ve got a solid group of guys in terms of character and integrity,” Croom said.

“It’s amazing,” Matt added of still having a tight relationship with Josh. “We grew up close together, and that’s maintained throughout our life.”