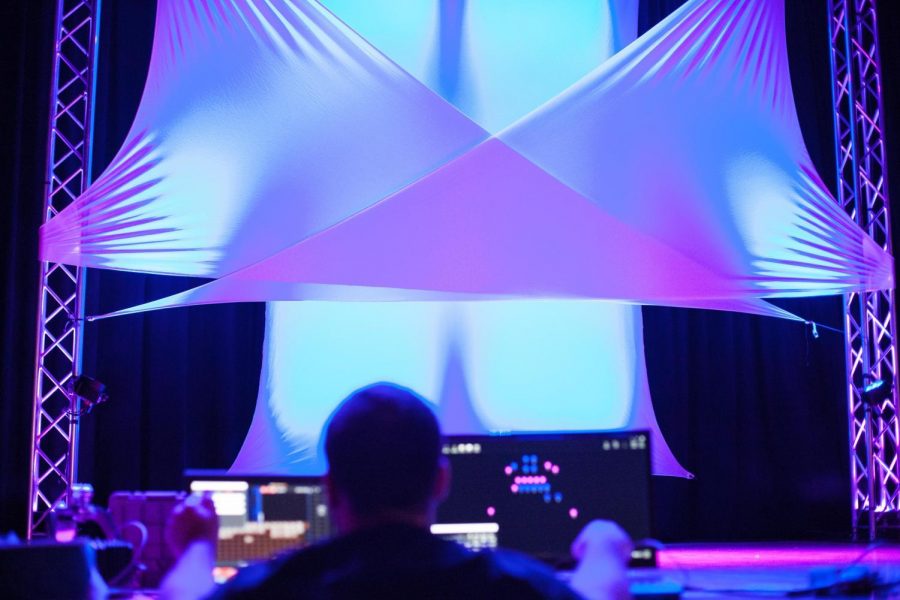 Tonight, the battle for a cash prize starts with five bands and ends with one winner at the fourth annual Battle of the Bands.

This year, MUPC coordinators Sarah Sutton and Calvin Nguyen have worked behind-the-scenes to make the event bigger and better than before.

Many upgrades have been implemented to give students the best experience possible. One of the changes includes holding the battle during Winter term’s dead week instead of Spring.

“Calvin, my coordinator, and I are hoping that by splitting off Battle from Dam Jam, we’re really giving Battle it’s own platform to become an exciting, large scale, high quality effect on campus,” said Sutton, a junior studying public health.

Previously, Battle of the Bands lived in the shadows of Dam Jam. To separate the two events, coordinators have enhanced the overall atmosphere by adding new lighting equipment, live-streaming and a change in location. Usually the concert is held outside in the Memorial Union quad, but this year it will be in the MU ballroom. Sutton hopes that holding the event indoors will add a new element to the “concert-like” experience.

Although students may normally associate the MU ballroom with formal events, the team hopes that tonight will change their minds because of the new advances.

“Not just in terms of what the students and the musicians are bringing but in terms of the light and the sound,”  Sutton said.

The equipment system specialist, Sean Rathbun, works for the MU’s guest services and has been assisting the students in setting up these technical changes.

“Basically we’re replacing a bunch of old lighting—each light was 1000 watts and they were a specific color. These are all color changing so we can get whatever color we want and these drop about 100 watts,” Rathbun said.

Rathbun sees this as another benefit of holding the event indoors and hopes that the lights will create an eye-catching event that adds to the visual quality of the show.

“The feel of the show will be changed a lot because we’re coming indoors. We’re trying to make it specific to battle instead of ‘Hey we’re adding this to Dam Jam,’ ” Rathbun said.

The organizers of this battle did not stop at only adding new lighting elements, but also decided to live stream the battle on KBVR TV.

They did this by collaborating with Aaron Davis, station manager of KBVR TV and fifth year digital communication major. This is the first year that the competition has been live streamed. Davis’ involvement first started when holding the auditions in the KBVR TV studio back in January.

“In the past, they’ve used our studio space, but this time I was like, ‘Let’s do something fun, let’s turn it into something crazy that we can both use,’ ” Davis said.

The battle will be between five bands: Adieu Caribou, Crushingcrayons, The Macks, Red Spectre and Vandfald.  Each band has at least one student who attends OSU and has twenty five minutes of stage time.

The winners will be decided by a panel of three judges. One of these judges includes Rose Kearsey, digital communication senior and station manager of KBVR FM.

Kearsey has been working with Nguyen and Sutton to bring more attention to the show. This included playing the participant’s music on KBVR FM and promoting it through social media.  While the judges have a say on who will win the $1000 dollar cash prize, students who attend will have a say on who wins “People’s Choice Award.” This will be done with a text-to-vote system. Whoever takes home the win, will also gain the opportunity to open for this spring’s Dam Jam.

The audience will also be entertained by a performance from 2013 and 2015 Battle of the DJ’s winner DJ Keyst1. In addition to that, The Shifts, who won last year’s Battle of the Bands will be performing as well.

“It’s free. It’s open to the public, the bands are rad and people should just come and check it out.” Kearsey said.

The competition is open to the public and will take place tonight in the Memorial Union Ballroom at 8:30 p.m. Doors open at 8:00 p.m.