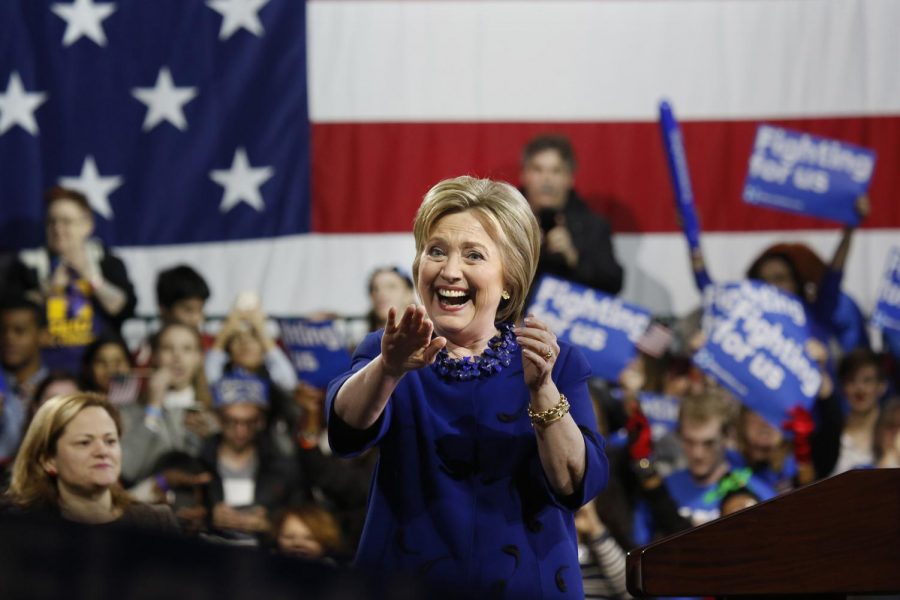 She has very consistently calculated what the majority has felt about important issues, stood by that, and then changed her stances on those issues when the tides of popular opinion turned. She is the type of leader who lets public opinion lead. In essence she is not cut out to be a leader at all. She is a flip-flopper.

For instance, take a look at Hillary’s varying stances on marriage equality.

Before 2013, Clinton took a vague stance on same sex marriage, defending her husband’s Defense of Marriage Act, a federal law that defined marriage as only between monogamous heterosexual couples. When she was running for senate in 2000 and worried about getting the Irish Catholic vote, she announced that she was against gay marriage, stating that “I think a marriage is as marriage been: between a man and a woman,” according to a book by Bay Buchanan titled “The Extreme Makeover of Hillary (Rodham) Clinton.”

However, at a private fundraiser thrown for her by gay-rights groups, she announced that she was against the “don’t ask don’t tell” policy in the military and that “same-sex unions should be entitled to all the rights and privileges that every other American gets,” according to Buchanan. Notice that she carefully did not use the term “marriage” there.

She was still firmly against legalizing same sex marriage throughout her 2008 campaign, but as the LBGT rights movement really began mobilizing and more and more democrats joined in, she quietly stepped down from her previous pedestal. In 2013, a little over a month after leaving her position as Secretary of State (with the shadow of scandal looming over her) she declared her full support for same-sex marriage.

Was this a sudden change of heart or a sudden realization that she was behind the times socially and politically?

I assume the latter.

She’s a smart woman, and she chose her words carefully, stating that her position on the issue had “evolved.” In a tense 2014 NPR interview, when interviewer Terry Gross asked her to clarify whether she herself or rather the country had “evolved” on the issue, she snapped at him, claiming he was trying to accuse her of flip-flopping for political reasons (he was, and she had).

Clinton claimed, “I have a great commitment to this issue and am proud of what I’ve done and the progress we’re making.” She used “we,” as if she had been a part of the movement for a long time at this point, instead of for less than a year.

Let’s pull a Hillary and switch gears to the Iraq War. In 2002, she voted for the Iraq War Resolution, which authorized military action against Iraq. In 2004, she defended her position, saying she was not sorry for voting for military occupation there. In fact, it was not until 2014, when she began polishing her image for another shot at the presidency, and her book “Hard Choices” came out (perhaps it should have been titled “Boo Hoo”) that she admitted that perhaps voting for a war in the middle east was not the best choice of the “hard choices” she faced (an insight that Senator Bernie Sanders had on the senate floor more than a decade earlier).

In her book she notes that “I thought I had acted in good faith and made the best decision I could with the information I had.”

Well, we all made mistakes, Hillary. But ours don’t tend to have such vastly calculated, self-promoting political undertones.

These are just a couple of instances in which Clinton has flip-flopped on what she stands for in order to further her political agenda, but there are many others. T

Clinton has also changed her positions on the Cuban Embargo, the No Child Left Behind Act, the Keystone Pipeline and universal healthcare coverage, for example.

Her campaign is painfully transparent—she is juggling trying to identify with her democratic party while the people in it grow weary of her; she is condemning Wall Street while she continues to stick out her hands for their lobbyist campaign contributions; she is clamoring to connect with young voters, appearing on SNL to make fun of herself and keeping up an active Twitter presence.

But I can’t imagine that she is at ease.

She’s got to be sweating in her tailored pant-suits while her inconsistencies are exposed and the FBI continues its investigation into her scandals.

In the end, Hillary Clinton cares deeply about her political career—not much else.

The opinions expressed in Keating’s column do not necessarily represent those of The Daily Barometer staff.