Music to be heard: Vandfald, playing in MUPC’s upcoming Battle of the Bands 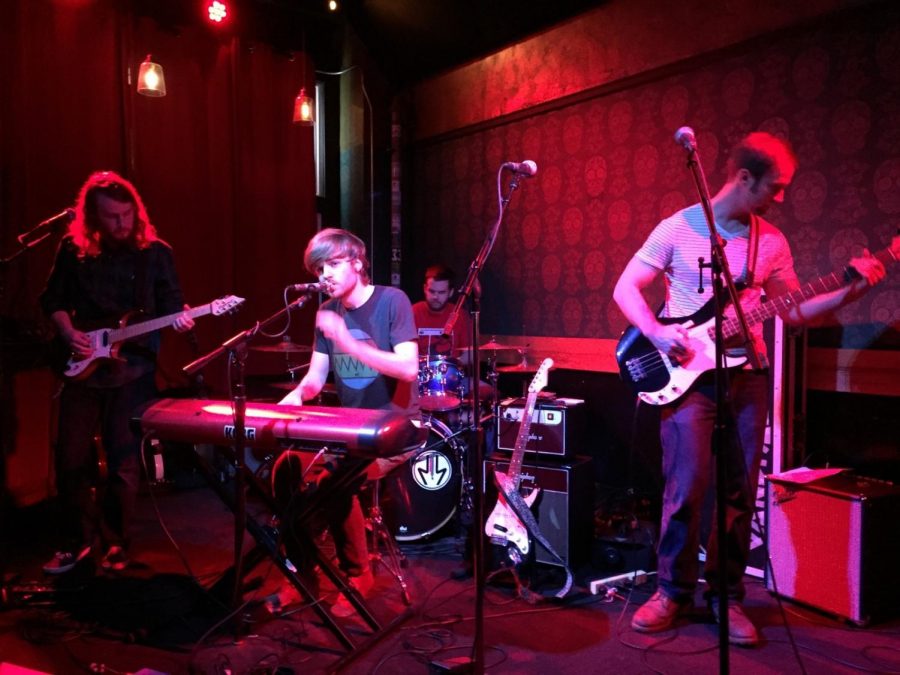 A four-piece band based out of Corvallis, Vanfald, is an indie-rock band whose members are passionate about the power music has to influence.

Reigning originally from California, Matt and Josh Lucas are two brothers who journeyed to Texas in 2010 where they spent some time growing as musicians. They established Vandfald several years later, firstly as a two-piece instrumental band that performed at local coffee shops and small festivals.

It wasn’t until the brothers moved to Corvallis in 2014 that they settled on the current lineup they have today. After some searching, they met Hanson through a Craigslist ad.

“I was also new in town and have always been in some sort of band. I saw the ad and I met with Matt Lucas. I think we clicked pretty well from the start. Music has a way of sneaking itself right back into my life and when it does, it’s the thing I’m most excited about,” Hanson said.

With Hanson added to the mix, all the band needed was a drummer. Four to five months later, Hanson, who is an OSU student in music education, asked around and recruited John Monroe to complete the quartet.

The themes explored in their music ranges from family experiences, losses, love and the painfulness of growing up—complete with rustic and yearning vocals, three-part harmonies and clattering percussion.

“Vandfald” which means “waterfall” in Danish accurately describes the outpour of emotional vibration that the band releases through their music. They create music easily palatable for the masses with the melodic cooing of Matt Lucas’s voice layered over the restrained and controlled cadence of the instruments behind him.

“The music we create is easy-listening, it’s not something that’s going to be in your face. Our music is everything we’ve grown up listening to and absorbed and it’s just us shooting it back out again,” Josh Lucas said.

Vandfald has established themselves among other reputable bands. They have opened for national acts such as Switchfoot, Remedy Drive, Matt Pond and had their music featured on Coldplay’s website.

The band released one full-length album titled “Fall Out” (2013), an EP “A Delicate Balance” (2015) and a few singles. The songs that make up their discography reveal themselves gradually, building to an inevitable moment when they hit you right in the gut with their catchy hooks.

The music found on “A Delicate Balance” mirrors the styles of bands such as The National and Local Natives; creating a late-night, empty-highway-mood that is slightly menacing but mostly isolated and introspective with how sparse it becomes.

“The concept behind the EP is basically exploring how fragile life is and the emotions that come out of that and how it all comes together in a ‘delicate balance’,” Matt Lucas said.

Vandfald has a duality and complexity that embraces the pleasures of being a youthful rock band—right down to themes of wanderlust and discovery. They have a steady lineup of gigs in the near future, including a concert at Bomb’s Away Cafe in Corvallis on Feb. 12, a show at Ash Street Saloon in Portland on Feb. 25 and a set in OSU’s 2016 Battle of the Bands.

To watch Vanfald performing at the Battle of the Bands auditions, go to KBVR TV’s YouTube channel.