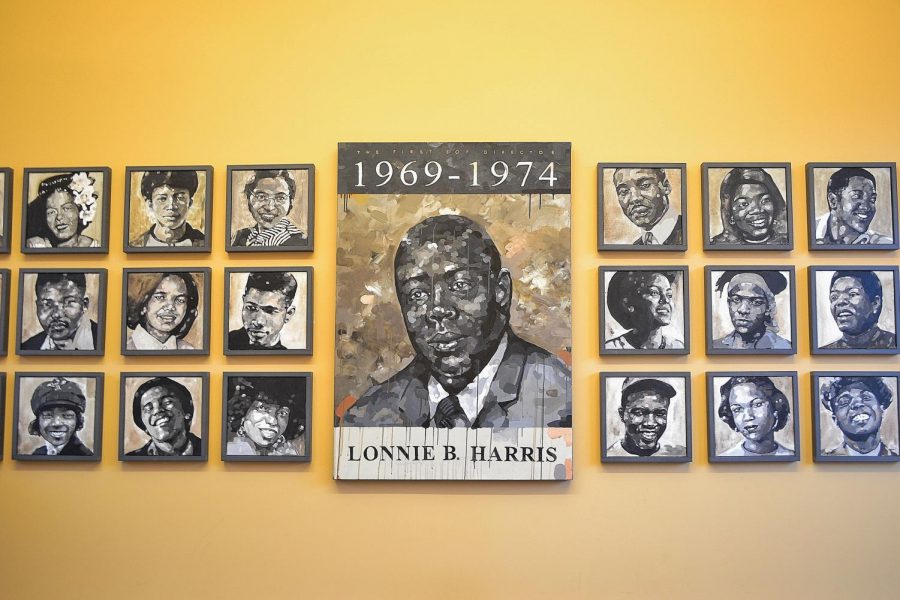 Tuesday marked the first of many events at Oregon State University celebrating Black History Month, a month nationally dedicated to the observance of the influential culture and figures of black history. Every year, the Lonnie B. Harris Black Cultural Center puts together several events for the school and community to educate attendees on accomplishments and contributions made by black Americans.

Sophomore in public health Justeen Quartey worked for the Black Cultural Center (BCC) last year, and continues to play an educational role in social justice working as a student success peer facilitator. Quartey grew up in Sacramento, California, in what she calls a “diverse part of the country.” Her family celebrated Black History Month every year with a family barbeque.

Last night, Black history month started at OSU with “Black Excellence Celebration”, an award night which recognized the achievements of black staff and community members. The final event to celebrate Black history is the “#BLACKLIVESMATTER Candlelight Vigil” on the last day of the month.

“The Black Excellence Celebration is a positive way to start off the month by recognizing those who contributed to the community,” said black undeclared sophomore Capreese Kelsaw. Kelsaw also works for the BCC and is hosting the candlelight vigil. The vigil will honor and pay homage to those lost to police violence, and will include a picture collage and a moment of silence.

Other events include “Don’t Suffer in Silence”, where there will be a discussion on the stigma around mental health in the black community, and a showing of the movie “Selma”, a movie that tells the story of Martin Luther King Jr. leading the march from Selma to Montgomery, Alabama that resulted in equal voting rights for African Americans. The BCC aims to make the events both fun and educational.

“Some events are more discussion-based, while some are more game-based. We try to mix it up,” Kelsaw said.

It was in the February of 1926 that the beginnings of Black History Month were conceived by Carter G. Woodson a black historian, author and journalist. He felt that Black History was often overlooked and he created the idea of Negro History Week. The week celebrated the significant moments in black history that could not be found in textbooks. In 1976, the week was expanded to the entire month of February, and renamed Black History Month.

Not everyone at OSU chooses to celebrate Black History Month, as students have mixed opinions. Critics such as freshman Quian’tae Dixon who identifies as black, claimed that designating a month to celebrate black history would give the nation a “pass” to ignore black history during the rest of the year.

Freshman history major Denning DeFur also has reservations about celebrating Black History Month, as he believes that black history should not be singled out at all. Defure said that separating the history of a certain minority group may fuel racism.

“I believe that we should celebrate a Black History Year,” DeFur said. “Black history is American history—there is no difference.”

However, Quartey believes that Black History Month is an important time to give credit to those who triumphed over adversity.

“It’s a month of recognition rather than celebration,” Quartey said. “We don’t have party decorations or symbols like a Christmas tree. We just take this month to acknowledge our ancestors and the work we have done in America, given the history of how we were originally brought here.”