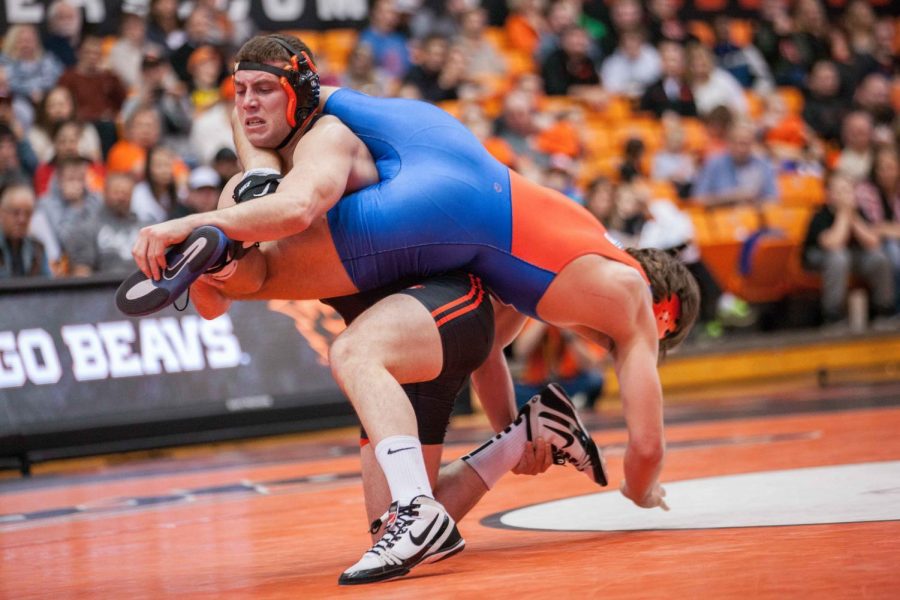 The No. 22 Beavers were led by No. 10 heavyweight redshirt sophomore Amarveer Dhesi who won his first ever Pac-12 title and was the Beavers lone champion. Dhesi defeated Stanford’s redshirt sophomore Nathan Butler—who was the Pac-12 champion a year ago—19-5 in the finals. Dhesi was also named Outstanding Wrestler of the tournament.

In the 133-pound bracket, there was only one automatic berth so in order for Palmer to qualify for the NCAA tournament; he has to earn one of the five at-large bids in that weight class.

After all the other conference tournaments conclude, the NCAA wrestling committee will meet to decide who will receive the at-large bids and will make the announcement on March 9th.

Head coach Jim Zalesky was proud of his team’s performance.

“It was a total team effort in every sense,” Zalesky said. “It is not easy winning five straight. This one really was a dogfight. We needed every win and point we could earn.”

The Beavers now prepare for the NCAA tournament, which starts on March 17th and will be held at Madison Square Garden in New York.