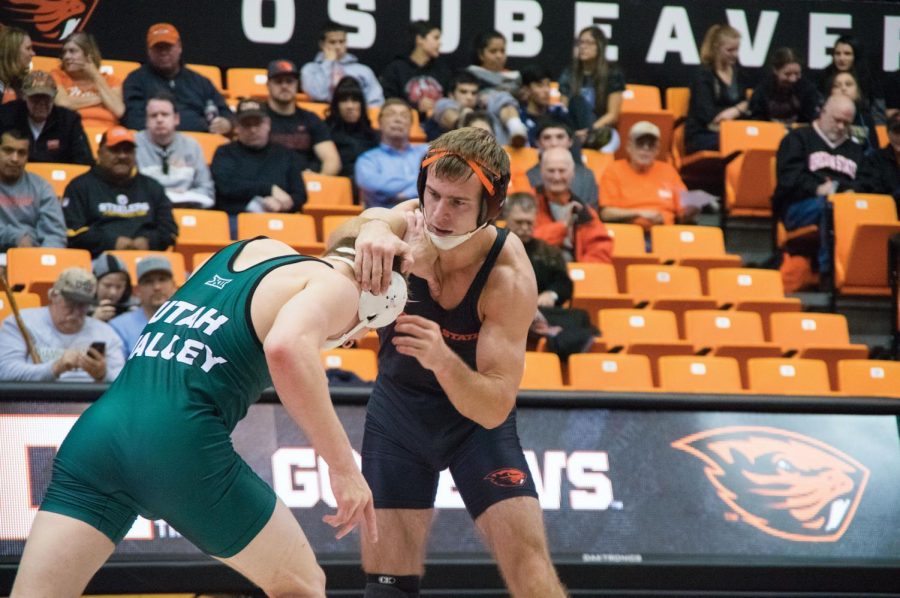 The Oregon State wrestling team heads to Las Vegas this weekend where they will be competing in the Cliff Keen Las Vegas Invitational.

This is will be another big test for the No. 23 Beavers (2-3) as 13 teams from the Top 25 tournament team rankings will be in attendance. The big name teams include the likes of Ohio State, Virginia Tech, Michigan and Cornell—just to name a few. There will also be returning NCAA champions competing as well as numerous returning All-Americans.

After two disappointing dual meet losses to Rutgers and Utah Valley, head coach Jim Zalesky is confident his team made the right adjustments over the break and are ready for the challenge.

Both weight classes will also feature returning NCAA champions from a year ago in redshirt sophomore 125-pounder Nathan Tomasello of Ohio State and redshirt senior 133-pounder Cody Brewer of Oklahoma.

Bresser and redshirt sophomore 157-pounder Abraham Rodriguez (6-4) are the only returning placers from this tournament last year. They both placed seventh in their respective weight classes.

There are only two changes in the Beaver lineup this weekend as No. 5 redshirt sophomore heavyweight Amarveer Dhesi (10-0) will be in Canada competing in the Canadian Olympic Trials. He is trying to vie for a spot on the 2016 Olympic team that will compete in Rio de Janeiro.

The Beavers will not fill Dhesi’s spot—meaning they will not have a heavyweight representative. The other change comes at 174-pound where redshirt junior Ali Alshujery (3-2) will take over for the incumbent redshirt sophomore Tyler Chay (5-4), who Zalesky said is “banged up.”

For Alshujery, this moment is also about overcoming adversity and demonstrating perseverance.

Zalesky is excited for his guys to compete against some of the best wrestlers in the nation—which could have some big implications for seeding in the NCAA tournament.

“We are going to be wrestling some of the better and ranked guys, “ Zalesky said. “You get a chance at getting yourself ranked so you can get a good spot at the Pac-12 tournament and hopefully at the NCAA tournament.”