OSU responds to attacks on Paris 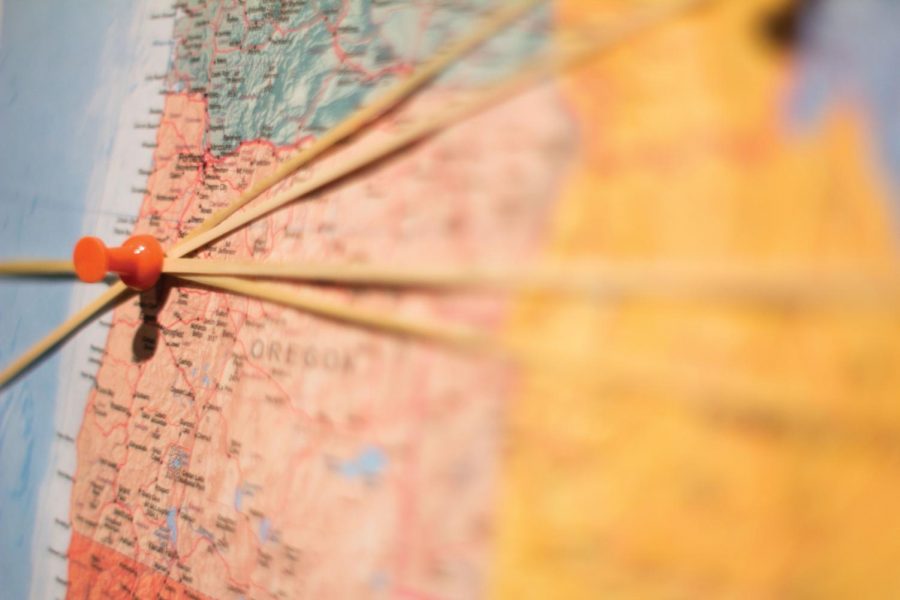 Oregon and the World

Oregon State University is flying flags half-mast outside the Kerr Administration building in response to a series of terrorist attacks in Paris last Friday.

In response to these attacks, OSU hopes to provide its students with support and whatever resources they need to recover. According to Steve Clark, vice president of university relations and Marketing, maintaining the safety and wellbeing of all students is a top priority at OSU.

“As we become aware of other incidents, whether they be natural disasters, random acts of violence or tragedy, we will help our students through that,” Clark said.

All OSU students and faculty in France at the time of the attacks were confirmed safe within a day of the incident. French students studying at OSU were contacted and offered a number of services to help them find information and manage their grief.

Lauriane Guyot, a junior studying liberal arts, is one of those students. Guyot’s family and friends were all confirmed safe. Attacks like this can still take a toll on those who aren’t directly affected, according to Guyot

“Here, what is scary is that it was people, like, random individuals just in a restaurant, at a soccer game, at a concert,” Guyot said. “It could have been anybody.”

In the face of tragedy, Mark Hoffman, vice provost for international programs, hopes that students can learn from these attacks and won’t be discouraged to go abroad in the future.

“I would hope that people understand that we live in a complex world with lots of different agendas and an international experience, an appreciation can help us deal with those complexities and understand other cultures and other beliefs and what’s going on in the world,” Hoffman said.

According to Clark and Hoffman, the expanse of the OSU community is far and wide; approximately 11 percent of the student population on campus is international and many students choose to go abroad during their time at OSU.

“I hope that we will not see people fearing to travel abroad or study abroad, but to see it’s even more important to know more about the world as a community, and while traveling abroad, to be safe,” Clark said. “This is not the time for students to ignore the rest of the world. I think we have a responsibility to citizens of the world to champion safety and to share how repugnant terrorism and violence against others is.”

According to Guyot, she hopes to see the most positive outcome possible. While the wounds from the attacks on Paris are still fresh, she hopes that all of the world can achieve better understanding and support each other in the face of all tragedies — not just those in Paris.

“I think violence against violence is useless,” Guyot said. “Just giving hatred, giving anger, giving violence, that’s giving them what they want. They just want to instigate fear and terror and hatred. I think the most positive answer that we can provide is to love.”