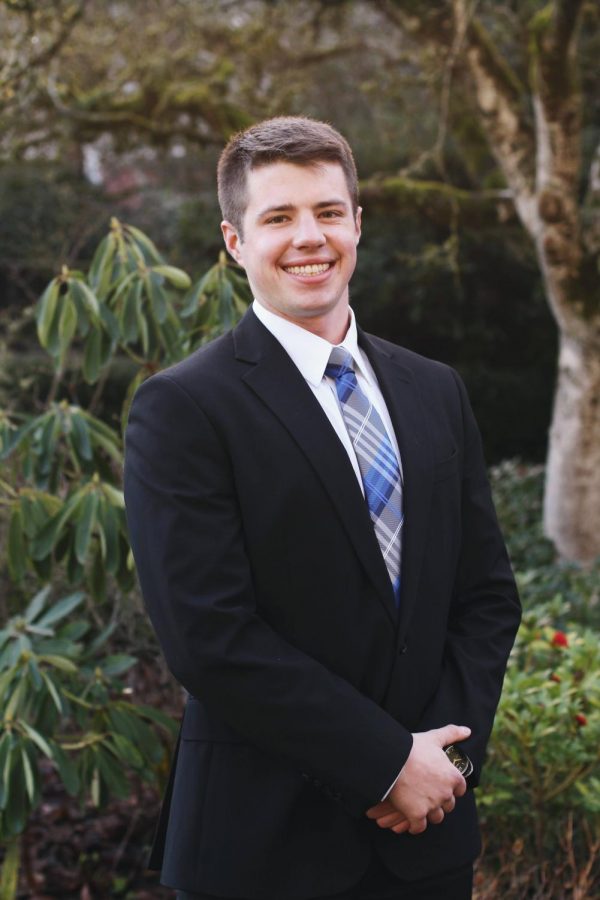 Matthew Edwards, a candidate for the ASOSU House of Representatives, has recently been accused by We Can Do The Work of being an alleged white supremacist. The accusations stemmed from a controversy involving his leadership role in the College Republicans at OSU; the group showed support for the University of Oregon's College Republicans, who attended a Stop the Steal rally at the Oregon Capitol in Salem in November 2020.

Matthew Edwards, an Oregon State University student and candidate running for an Associated Students of OSU House of Representatives position, was accused in social media posts on Feb. 12 of being a white supremacist.

The allegations were originally published on a Facebook page and Instagram account both run by Disarm OSU, also known as We Can Do The Work, a student activist collective which sprung out of the 2020 Black Lives Matter movement.

According to the posts, Disarm OSU was approached in confidence by a concerned student accusing Edwards of being a “known white supremacist.”

In its posts, the group called on ASOSU “to consider the damage that was done when Andrew Oswalt, a known white supremacist and former student was given a position of power through ASOSU, and used his platform to disseminate racism and anti-semitism.”

The posts claim Edwards held a leadership position at OSU’s College Republicans when the club published a statement supportive of University of Oregon’s chapter during a controversy in November 2020. Members were pictured at a political rally in Salem, Ore. alongside the Proud Boys, a group that has since been designated in Canada as a terrorist organization.

Edwards was also accused by Disarm OSU for refusing to explicitly condemn the Proud Boys when questioned on the matter, though he did condemn white supremacy in a later statement posted to his ASOSU campaign Instagram account, but did not mention The Proud Boys.

Disarm OSU did not disclose what aspects of the claims were specifically made by the anonymous source, and to what extent the group expanded upon the information provided to them.

The posts are accompanied by several images, including one of Edwards wearing a “Make America Great Again” hat, and one showing a portion of the OSU College Republicans’ statement regarding the controversy at UO, in which they condemned the UO student government and College Democrats for restricting the College Republicans’ right to free speech.

Richard Epperley Jr., a member of OSU’s College Republicans, commented on the controversy, saying “we wished to support the right of our fellow club at UO to peacefully assemble and protest. The photo that caused controversy was taken in the midst of a large crowd at the Capitol in Salem; why would the UO club members be responsible for the actions and protest materials of other protestors?”

Epperley goes on to raise concerns over the precedent this sets and said “as we have seen in 2020, and in the first month and a half of 2021, we have learned that crowds of protestors can be highly complex and dynamic, consisting of protestors from many different backgrounds, groups, factions, etc.”

Disarm OSU declined to answer questions regarding how the allegations came to light and whether the posts on social media contain the evidence in its entirety.

Disarm OSU said in a statement, “We denounce all forms of racism, including the refusal to explicitly condemn the Proud Boys, a white supremacist organization. We want representation for all community members, and will proactively raise their concerns. We saw the hurt inflicted on our community when Andrew Oswalt held ASOSU office while promoting white supremacist ideology. Everyone must decide what they will do to stop someone else from doing the same.”

They actively confirmed this was the only statement they intended to make.

According to Edwards, he was not approached directly by Disarm OSU before the original post was published, and did not interact with them directly until he contacted them himself to object to what he describes as “false information and characterization” of himself.

Some comments on the posts suggested the allegations could qualify as libel, also known as written defamation.

Edwards said Disarm OSU informed him the post would not be changed until he condemned white supremacy, which he did in a public statement on Instagram.

Although a correction has since been made to Disarm OSU’s post, Edwards said the original text is still contained in full underneath the correction. The group has not disclosed whether this has to do with Edwards’ alleged refusal to specifically condemn the Proud Boys.

As for the public’s response to the allegations, Edwards said he has received several messages of support, with people in his personal life having expressed that he is a man of “upstanding moral character” and, according to Edwards, have questioned whether Disarm OSU did “any real research” before publishing the allegations.

“My personal relationships have not been affected negatively by this, if anything I have garnered more support as a result of being falsely characterized,” Edwards said.

Although Edwards has also received some negative messages as well, he said this was expected and that they do not bother him.

Commenting on the allegations in general, Epperley said “I have had the pleasure of getting to know him as a fellow club member, as a fellow club officer, and as a friend. The claims against Matthew from Disarm OSU, that he is a white supremacist and/or a racist, are false. I have never known him to be hateful in any way against anyone. Both in his public and private life, he has shown the utmost respect to people of other races/ethnicities, nationalities, genders, sexual orientations, religious affiliations or creeds.”

Epperley also urged Disarm OSU to “release whatever evidence they allegedly have (with respect for the privacy of the individual who questioned Matthew about the UO College Republicans and Proud Boys controversy) and to reassess how they inform the public about issues that are important to the Oregon State student community.”

“How they framed their social media post that made the initial claims seems to have been done too hastily, with their only evidence coming from one anonymous student, a screenshot of a Barometer article that featured Matthew’s opinions on being a conservative on the OSU campus, and a screenshot from the Corvallis College Republican’s Instagram account,” Epperley said.

The allegations raise the question of whether the student body has any recourse for the introduction of radical elements to ASOSU, given what happened with Andrew Oswalt back in 2017.

As it stands, there are only 11 candidates for 25 open seats in the ASOSU House of Representatives, so all candidates will be elected into the position, no matter how many votes they receive. This year’s ballot contains an amendment which seeks to address the issue by making ASOSU elections more competitive.

One member of the House, who wishes to remain anonymous and clarified this is an individual opinion not said on behalf of ASOSU, said “this is why it’s crucial we pass JB 12.14, a constitutional amendment on the current ballot that will reduce our bicameral legislature to a unicameral legislature, made up of just a senate. It reduces the number of available seats and will hopefully lead to competitive elections so candidates can be held accountable by the student body.”