Castles: Campus construction is a reminder to prioritize sustainable development 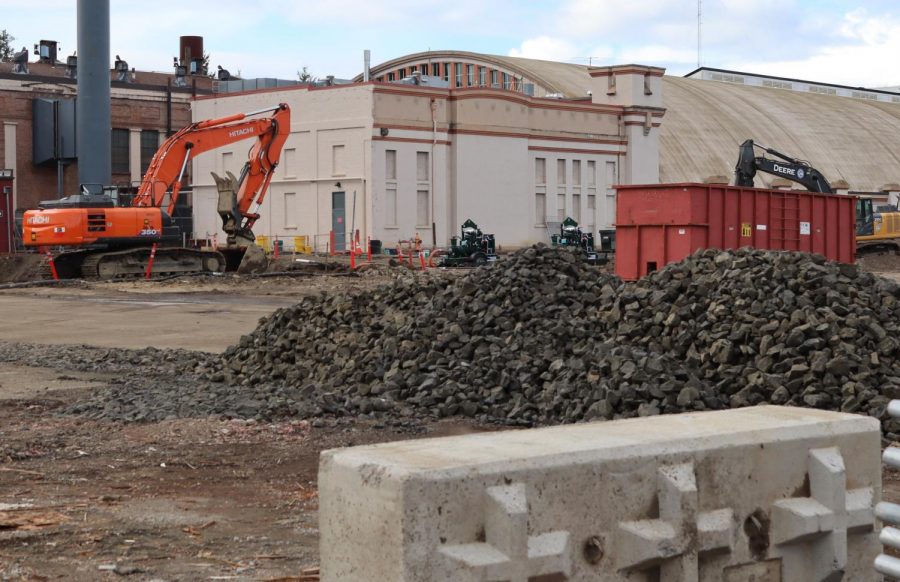 Even with classes back in person, parts of Oregon State University's Corvallis, Ore. campus are still under construction as of Oct. 7. Many of these construction projects are being done in an effort to reduce carbon emissions.

If you walk around Oregon State University’s Corvallis, Ore. campus, the current construction is hard to miss and your first thought is probably not “how is this sustainable?”

However, with the looming climate crisis over our heads, this is actually a valuable question we should be asking. After all, do we not need to reduce our carbon emissions rather than create demand for more?

In fact, many projects are an effort to reduce carbon emissions such as adding solar panels to buildings or updating less efficient cooling and heating systems.

New buildings that are built are also conscious of sustainability. If certain carbon emission-reducing features cannot be completely installed when a building is originally constructed, the systems for them are still created with future installations in mind.

These improvements are contributing to OSU’s 2009 Climate Plan to achieve carbon neutrality by 2025.

“The philosophy… had always been to try and get to the goal as quickly as possible, no matter what the goal is—if it’s a higher bar, you’re going to do more to get there,” Trelstad said.

According to Trelstad, 2025 was always an ambitious goal.

However, we need to be ambitious because the climate crisis is not going to wait for us to be more ready.

Right now though, OSU is not on track to meet that goal. At the same time, Trelstad said it is still possible that OSU could reach net-zero carbon emissions before 2025.

Trelstad said the rapid pace required to achieve carbon neutrality, however, will not happen unless OSU students tell the university that reaching this goal needs to be their priority. They can do this by speaking at an open forum on Tuesday, Oct. 26 at 10 a.m. and making their voices heard.

It is unclear if what it takes OSU to reach its carbon-neutral goal will cost students, but saving our pockets now is not an option when the alternative is a future defined by irreversible climate damage.

OSU is also a part of the greater City of Corvallis, which has its own codes and regulations.

Similar to OSU, the City of Corvallis has a three-year cycle for construction codes.

“With these cycles, the energy efficiency construction standards are also updated,” said Calvin Albers, a building inspector and plans examiner with the City of Corvallis Development Services.

These codes also follow the Oregon State energy codes, which are fairly good, according to Trelstad.

“Energy efficiency isn’t the only thing that gets looked at in the process, but it plays an important role in new construction and remodeling of existing buildings,” Albers said.

Municipal building codes are improving their standards and must be considered, regardless, but according to Trelstad, the bar has been raised.

Even though OSU is going beyond what the city requires, we as students need to require the university to do more. We must also raise the bar for the city and the state. Climate change needs to be a priority now because we cannot go back in time to tell ourselves why it should have been one.