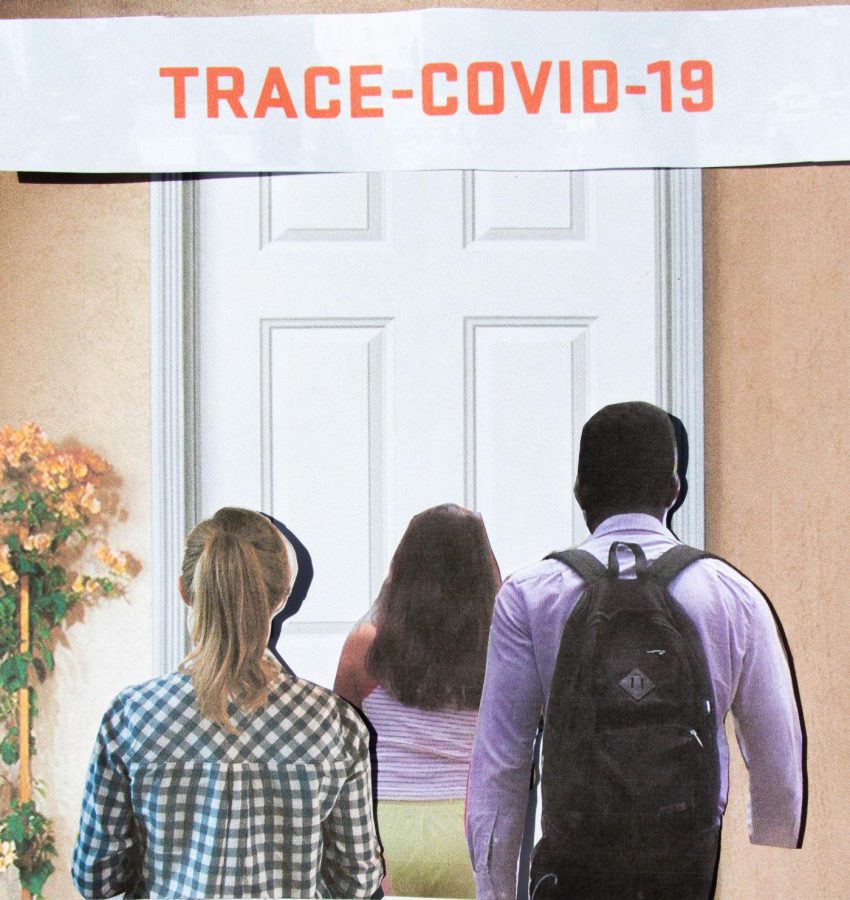 TRACE works by obtaining informed consent of participants to collect their own nasal swab specimen to test for COVID-19. By randomly selecting thirty neighborhoods and choosing a random sample from within each of those census blocks, a random sample of households can be identified.

TRACE Community, an organization within TRACE-COVID-19 led by Oregon State University that specializes in random prevalence testing of Oregon communities for COVID-19, has expanded to Redmond, Ore.

TRACE-COVID-19 also analyzes wastewater for the prevalence of a virus in a community, as well as testing OSU students each week on the Corvallis and Bend campuses and the Hatfield Marine Science Center in Newport.

Since TRACE Community’s start in April of 2020, the organization has visited a variety of locations around the state, including Corvallis, Eugene, Newport, Bend and Hermiston.

“We identify a random sample of households in a community and then over the course of two or three days we send 30 teams, each going to their own neighborhood,” said Jeff Bethel, an associate professor of epidemiology at OSU and co-director of TRACE.

Using the data collected from the random samples, the TRACE team estimates the prevalence of COVID-19 in a community.

“Think of a prevalence as like a snapshot in time, what’s the estimate, what percentage of the community is infected with a virus,” Bethel said.

As of the time of publication, the results of the TRACE Community testing in Redmond are still being processed.

According to Bethel, “our first priority is to get the participants their results first,” before they are shared to the public.

While TRACE tries to estimate the prevalence of COVID-19 in a community, setbacks can arise from a few factors, such as people who do not want to be tested.

“Many more people have been tested by other means, whether by local companies or local health providers. It could be that folks felt that they had already had a sense of their COVID-19 health, it could be that some members of the community just chose they don’t want to be tested for whatever reason,” said Steve Clark, the vice president of university relations and marketing at OSU.

Clark feels that community testing in Redmond went well overall, but the participation was at a lower percentage compared to other communities.

Due to the amount of testing TRACE Community does over the course of a few days in an area, the organization requires a lot of participation from OSU students and faculty alike.

Avalos was one of the 30 teams that participated in TRACE Community testing in Redmond. Avalos said that each team tries to aim for at least 12 different samples per cluster. Samples are taken from an interval, which can vary due to the number of households in a cluster.

“So lets say its 50 [houses in a cluster]. You divide that number by 12 and the interval would then be four. So you count off. Every fourth house is the one you knock on. That’s how we keep random testing,” Avalos said.

After the house is chosen, the team lead will knock on the door and ask about questions related to COVID-19 testing. If the participant accepts they sign a consent form, do an interview and receive a testing kit.

According to Avalos, most of the teams in Redmond did not reach the goal of at least 12 households to test, with her team getting only around eight participants. However, she said that a majority of the people that her team asked were respectful in declining.

“[OSU-Cascades] has been so supportive and welcoming,” said Ben Dalziel, an assistant professor on the OSU Corvallis campus and project leader of TRACE. “Various folks at Cascades have put a lot of time and effort into supporting the project, right down to some senior folks at Cascades driving samples back to Corvallis for testing for us when we needed to increase our turnaround time.”

Dalziel wanted to make clear that TRACE is a collaboration with local county health departments and is one of the “most important parts of the project.” The partnership between the two parties is driven by what the community needs first.

TRACE Community currently does not have any plans about where the organization will test in the near future, but has received funding to expand its operations to other states.

“We received funding from the David and Lucile Packard Foundation to form a coordinating center to help other universities and local health departments set up TRACE-like programs in their communities,” Dalziel said.

Dalziel said TRACE is also monitoring variants of COVID-19 using genetic sequencing and will continue to monitor the strains of the virus moving forward.