Malick: President Biden’s Build Back Better Act could be better 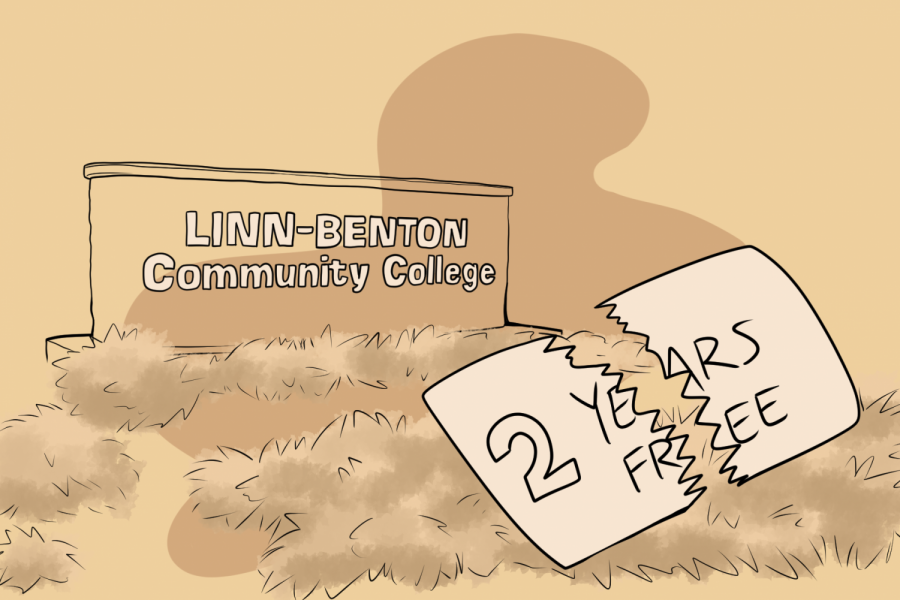 This Illustration depicts a revoked proposal for students to attend community college for free for two years. The sign for Linn-Benton Community College can be seen in the background.

President Biden announced the Build Back Better Act during his 2020 election campaign to make higher education financially accessible, but cuts to this policy will deny Corvallis, Ore. community members opportunities.

The changes to higher education fall under the category of strengthening the middle class.

The BBBA was originally proposed with plans to make the first two years of community college free, however, this was cut in an attempt to win the support of moderate Democrats.

This plan would have given Corvallis community members the opportunity to cut costs by first attending Linn Benton Community College for two years. Students looking to transfer to Oregon State University—or another university—would be able to complete most of their general education requirements without accruing as much student debt. It would also have granted a huge boost to our workforce by allowing more people to earn two-year certifications.

The exclusion of this policy from the BBBA is a huge loss for our community because it denies access to higher education for Corvallis community members who are struggling financially, which is key to improving their quality of life.

“There are more people [now] who are opting not to get a college education because it’s harder to tie the benefit of the college education to the financial benefit down the road,” said Erika Wolters, assistant professor of political science in the School of Public Policy and associate director for the undergraduate public policy program. “That’s sort of one way of looking at it, like it’s an economic journey. I would argue that it’s more than that.”

While there are financial benefits of getting a two-year certificate or a college degree, there are also many non-financial benefits that contribute to improving a person’s quality of life. Gaining the ability to think critically, for example, is a goal shared by many college courses.

“I used to work at a community college,” Wolters said. “Getting an education is really expensive. The opportunity of student loans and all of those sorts of things that people have to invest in now in order to get an education [are] really putting people initially at a disadvantage the minute that they leave college because they’re carrying this debt-load with them.”

While the loss of a two-year’s education at a community college is sad, the BBBA still makes major investments in higher education. For example, the BBBA increases the Pell Grant maximum by $550.

According to the White House Announcement page, these investments would include increasing capacity for more students, providing more financial aid to low-income students and modernization of research infrastructure for these colleges and universities.

The BBBA also supports the middle class by investing $400 billion into child-care programs and preschool education over the next 10 years.

The plan is to make preschooling free for children who are three and four years old. It’s not the same as investing in higher education, but by laying a solid educational foundation, this plan will help students keep up with their education.

“I don’t look at the proposed bill in its current form, which is at $1.75 trillion, and see [its] greatest strengths or weaknesses,” said David Bernell, an associate professor with the OSU School of Public Policy. “Rather, I see ways in which the legislation further extends things begun in the past, or how it is filling gaps that have existed for a long time.”

As upset as I am by the exclusion of two years’ worth of free community college, I agree with Bernell. Politics has always been the realm of compromise and it is also true that we still may see two years of community college on the docket in the future.

“As I’ve been watching and paying attention to these negotiations, I think that just looking at the process of negotiating between more moderate Democrats and the more progressive Democrats or liberals of the party and really seeing where people were able to have some movement [is important],” Wolters said. “For me, at least, it poses this question—and one that I ask my students—is something on the books better than nothing?”