New laws for the new year, Oregon sees changes in its legislation for 2021 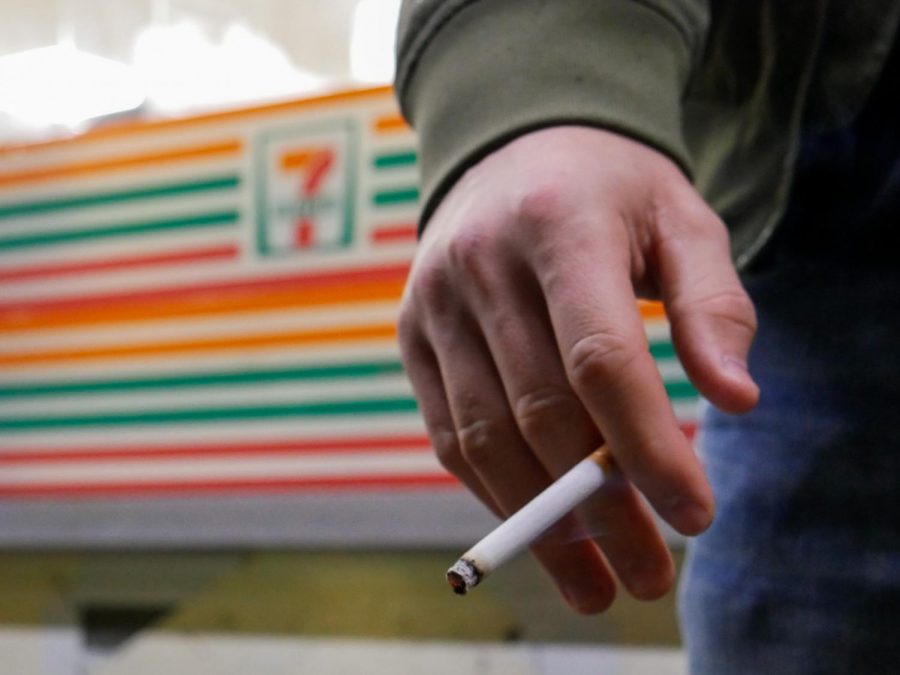 A hand holding a lit cigarette in front of 7 Eleven. One of the new laws in Oregon has increased the tax on cigarettes and cigars as well as established a tax on e-cigarettes and vaping products.

As a new year begins, new laws start to take effect in the state of Oregon from drugs being decriminalized, increased taxes for cigarettes, vapes and e-cigarettes, to changes in acquiring a driver’s license and state ID.

Oregon became the first state to decriminalize low-level drug possession. This measure does not legalize any drugs, but instead, defines that a person caught with a small amount of drugs will face no more than a$100 fine, which may be waived if this person looks for treatment.

Marc Braverman, professor and extension specialist in the College of Health and Human Sciences at Oregon State University, is in favor of laws and policies that treat drug use and addiction more as a health problem and less as a criminal activity.

“Oregon’s new drug decriminalization law is a step in treating drug addiction as a health problem, and it has the potential to be more effective than our previous practices have been in reducing the levels of addiction in the state,” Braverman said. “It will be challenging to implement so we will have to see the results over time.”

Assistant Professor at the School of Physiological Science, Dr. Anita Cservenka, believes the decriminalization will allow for a larger pool of individuals to get treatment, as opposed to being labeled as criminals, as this can promote a healthier society with access to early treatment for those that need it.

“I think Oregon is one of the states at the forefront for progressive policies with regards to drug decriminalization,” Cservenka said. “I imagine other states will likely follow similar policies in the coming years.”

The increase in taxes for cigarettes, tobacco-related products and e-cigarettes is another measure that takes effect starting this year. It includes taxing vapes and e-cigarettes at65% of the wholesale price, a $2 dollar increase when buying a pack of 20, or $2.50 per pack of 25.

“We have known for a long time that cigarette use is harmful to individual and public health,” Cservenka said. “Taxation of tobacco products is one effective way to deter use of cigarettes, especially among youth. E-cigarette usage among adolescents is concerning, and increased taxation could reduce the number of new individuals who try these products.”

Braverman also acknowledges the taxing and regulation of e-cigarettes and vaping products as an important policy.

“In 2019, there was a sudden onset of severe lung damage and deaths among e-cigarette users [and] the culprit was a dangerous mixture of e-liquid that was used for both marijuana and nicotine e-cigarettes,” Braverman said. “Events like that one point to the strong need for regulation of vaping products.”

For those seeking to obtain a driver’s license or a state ID; proof of presence in the state of Oregon is no longer needed, although other requirements such as proof of name, identity and Oregon residency remain the same.

Carlos Manuel Beleño Santos, second year student at OSU, considers it positive as it not only makes it easier for immigrants to be certified drivers, but also helps with regulation.

“If you have to drive, whether you have a license or not, you’re going to seek out a way in which you are able to drive,” Santos said. “So, the more people that are certified and that can drive legally, the better.”