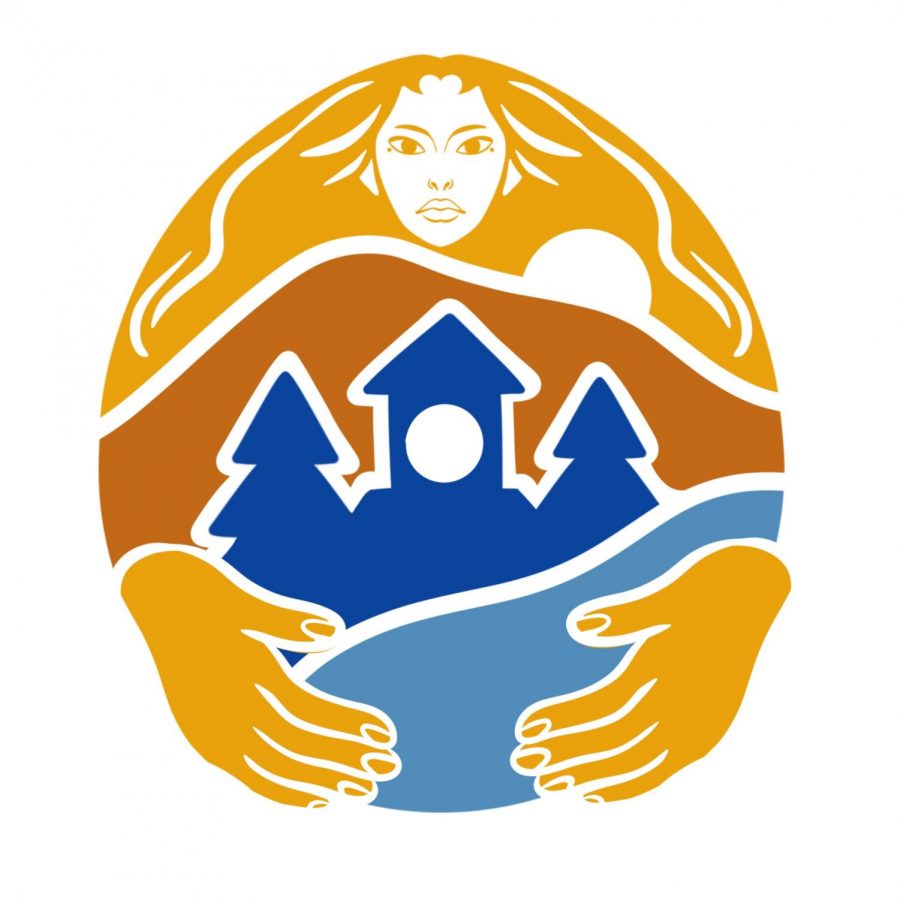 An illustration of a guardian watching over the city of Corvallis, Ore. Corvallis Watch is an Instagram page which seeks to inform users of safety concerns in the Corvallis area.

The account, which first posted in August 2021, states it is “a place for instant updates on the location and actions of convicted sex offender Timothy Mross and others in the future.”

State of Oregon police have labeled Mross a level three sex offender, which is the highest level of sex offender status. Mross was convicted in both 2013 and 2017 with a felony charge of public indecency and has been seen by students near the OSU Corvallis campus in the past year.

Corvallis Watch is run by a senior at OSU who preferred to remain anonymous because of his additional work as an administrator for the Barstool Beavs Instagram account since 2019. He said he fears OSU leadership may reprimand him if they found out his identity.

Back in February 2021, he said he posted about Mross on the Barstool Beavs account for people to be aware of the sex offender’s presence.

“At that point, we had submissions from people; people started sending in: ‘I saw the Timothy Mross guy outside Clodfelter’s bar,’” the Corvallis Watch account manager said. “… It got so big to the point where people kept on sending those in, to the point where I was getting like three or four a week.”

He said he decided to create Corvallis Watch mainly for the purpose of Timothy Mross updates, which he provides primarily through Instagram stories.

From there, the account manager said Corvallis Watch evolved into posting other notifications, such as break-ins and other incidents confirmed to involve criminals with mugshots.

The account admin said managing Corvallis Watch is more difficult when, for example, he receives 20 submissions of a Snapchat story that claim someone is a rapist, with only a picture of that person’s student ID to accompany the claims.

Instead, the account manager said he needs to see an official police report before posting about individual people to avoid doxxing, which is publishing private or identifying information online about an individual with malicious intent.

“At first, I was a little bit worried because students were like, ‘Why isn’t OSU doing anything about this; we have to take it into our own hands,’ and I made it very clear on the page that I’m not a police officer, I’m not the local authorities,” the account manager said.

In the past, the Corvallis Watch admin said he has received threatening submissions to Barstool Beavs that pushed him to contact the Corvallis Police Department.

“The CPD does a spectacular job; they handled it very maturely, very quickly,” the admin said. “I try to make it very clear within the [Corvallis Watch] page that we wre not the CPD, everything we say is within student realms of reality.

Sydney Schorr, a junior in environmental science at OSU, said she heard about a man who was posted on Corvallis Watch and saw him flirting with one of her friends one night. Schorr later found out the same man shot a girl and stabbed someone that very night.

“I find Corvallis Watch very useful to know what people to look out for,” Schorr said. “I think everyone needs to know about Corvallis Watch. I am glad someone told me about it. It helps a lot of people feel safer knowing the faces of the people who are jeopardizing this community.”

According to Ryan Eaton, the public information officer for the CPD, there’s good and bad to everything that occurs on social media. “You’ve got it giving the public the ability to provide timely information to other community members, but at the same time, it does provide a platform for unfiltered information that has not been investigated, or information that may be incomplete,” Eaton said.

Eaton indicated that one of the Corvallis Watch account’s posts has 24 comments and 893 likes, with a name and picture of a man that reports their age as 50 years old.

“Somebody in the comments clearly points out, ‘That person isn’t 50 years old,’” Eaton said. “So right there, there’s an image being put out there with someone’s name and their photograph, but incorrect information.”

Eaton said the CPD would prefer if the community would use more reliable sources like CPD social media or other law enforcement government pages to get the most accurate information.

For the Corvallis Watch manager, he said his account is useful for students who might be walking on Monroe Avenue on a weekend, for example, because of its timely, immediate updates on threats to the community.

“It’s important to me because I have a lot of women friends, I have a lot of guy friends and Corvallis—we kind of pride ourselves on being a very safe college town,” the Corvallis Watch admin said. “It’s kind of a thing in the OSU community: you can walk down the street drunk and yelling ‘Go Beavs’ and that’s about it. But when there [are] active threats that are lurking literally across the street, and oftentimes on campus…Especially when it’s so close and so consistently happens—it isn’t like a ‘Mross did this once every three months.’ The fact that this is a weekly occurrence just makes students more scared to go out and be college students.”

Abbey Lakeman, a junior studying human development and family sciences at OSU, said she looks at the Corvallis Watch page for incidents that are near or on campus so she knows where to avoid going.

“I think it’s really useful, especially for a woman who walks on campus a lot; I want to be able to feel comfortable,” Lakeman said. “I also know a lot of my friends use it as well. I do think community watch pages are important for public safety! Depending on your feelings toward the police, community members looking out for each other can sometimes be more beneficial.”