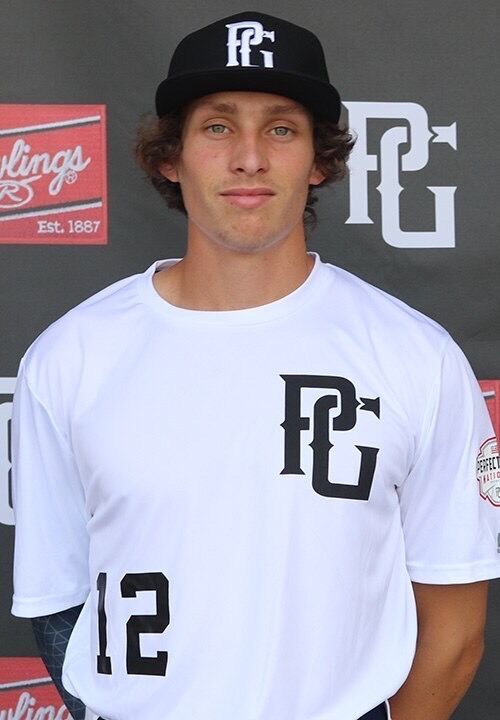 Jabin Trosky will be joining OSU's baseball team for the 2022 season. The infielder comes from Carmel, California.

With the Oregon State football season coming to a close on Dec. 19, a normal year might dictate a turning of attention to other college sports with start dates still on the close horizon.

Among those sports, typically, would be Oregon State baseball, one of the school’s most accomplished athletics programs, with three NCAA Championships won in the past two decades. However, due to ongoing conference restrictions surrounding COVID-19, a schedule for the Beavers 2021 season has yet to be announced.

But even with a level of uncertainty surrounding what the 2021 season will look like for Beaver baseball, fans were recently granted a peek behind the curtain of what the following year’s roster could resemble, as the athletic department announced a class of 10 student-athletes for their 2022 recruiting class.

The class of 10 was ranked as the 16th strongest in the nation by Baseball America has ranked the Beavers 2022 signing class 16th in the nation, and includes a group of players from a variety of positions from pitcher to outfielder. The newest members of Oregon State Baseball are:

Infielder/Outfielder Travis Bazzana from Sydney, Australia. Bazzana was a multisport athlete in Australia, playing cricket, soccer, track and field, basketball, and rugby at the youth level, but his talent for baseball shone in playing for Team Australia in the U18 World Baseball Cup in 2019. That talent will be taking him to Corvallis, Oregon in 2022.

Right-Handed Pitcher DJ Carpenter from Moreno Valley, California. Carpenter is a junior college transfer from Central Arizona Community College. As a freshman for the Vaqueros’, Carpenter talents were on display in his effort to help the program win a national title, striking out a total of 31 players in 21.3 innings.

Left-Handed Pitcher David Case from Pasadena, California. Case has shown his mettle as a duel threat prior to signing with Oregon State, finishing with a 4.47 era in four pitching appearances during his team’s condensed 2020 season, while also batting .353 in 10 games.

Infielder Mason Guerra from Beaverton, Oregon. Guerra was given All-State and All-League honors during his athletic career at Westview High School. Guerra proved to be a high-profile local signing, as the infielder is rated as the top-ranked high school prospect by Baseball Northwest by the state of Oregon.

Right-Handed Pitcher Dominic Hambley from Victoria, British Columbia. Hambly is a member of the Victoria Mariners, a Canada-based baseball club for youth players from 14 to 18 years old. Hambley pitched at the 2020 Future Stars Series, and recorded a 93-mile per hour fastball pitch.

Right-Handed Pitcher Jacob Kmatz from Albuquerque, New Mexico. Kmatz proved his talents while competing at Albuquerque Sandia High School, where in his last full season, he recorded 49 strikeouts in 39 innings.

Right-Handed Pitcher Victor Quinn from O’Fallon, Missouri. Quinn earned all-conference honors during both his freshman and sophomore seasons in high school, and earned all-academic honors for his high school in the process. On the mound, Quinn was the member of a U17 championship team in the state of Missouri.

Outfielder Tyree Reed from Vallejo, California. Reed is an Under Armour All- American, earning that honor in large part due to his hitting ability. As a sophomore, Reed finished with a .381 batting average, and adding to his achievements, was also a member of the U16 United States Baseball national team.

Catcher/infielder Tanner Smith from Chandler, Arizona. Smith was an all-conference selection as a sophomore, his last full year of high school baseball. During the shortened 2020 season, Smith once again played at a high level, batting .496 and finishing with 14 RBI.

Infielder Jabin Trosky from Carmel, California. As a sophomore, Trosky was named an all-league and all-country selection. That year, he batted .375 with 15 RBI, and was efficient after the hit as well, recording 14 stolen bases.

With letters of intent signed, Oregon State’s Head Coach Mitch Canham will have a class of 10 highly-regarded athletes joining his team and heading to campus in the summer of 2021.