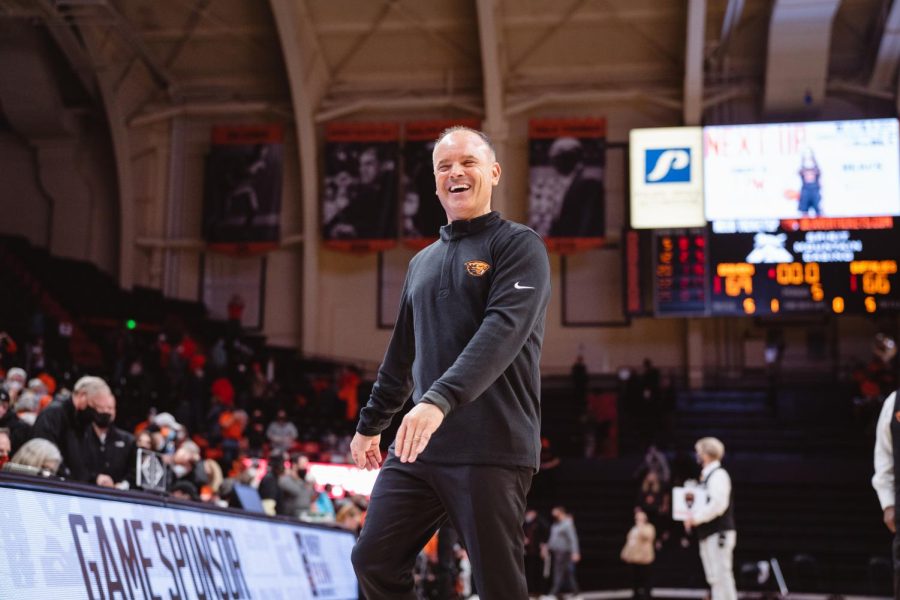 Oregon State is looking at the PAC-12 tournament first round as a clean slate opportunity to face off conference opponents again.

“Playing familiar faces, we’re still in that conference mode but it is a bit of new life so what are we going to do with it – you do your best.” said head coach Scott Rueck.

What Rueck called, “the most demanding week of the year” is single elimination with the potential of playing four days in a row. He said that “it stretches the staff, it stretches everyone.”

The last time this season Arizona State played Oregon State, the Sun Devils came out on top with a 67-57 win with help from Jade Loville who scored 33 points against the Beavers.

“Certainly we’d like to do a better job on Jade [Loville], she had such an amazing game,” said Rueck. “Can’t let that happen again, even though they have other weapons that can hurt you.”

Rueck felt more confident in the fact that they have played Arizona State previously this season and knew what to expect from them this time. “We know them and so that’s the advantage going into this game but they know us too.”

A team that has struggled with consistency on the road, Rueck was optimistic for success. “We still just haven’t been able to be consistent enough to win a big game on the road…well these are just neutral site games so here we go.”

“I’m gonna take that game win or lose and figure out how we can be a little bit better, put it towards this game and sort itself out.” Rueck said. Although Oregon State has lost their last two away games versus Colorado and Utah, the head coach felt confident in the adjustments the team has made.

“We’re getting good looks, they just didn’t go in for us,” said Rueck. “You’re just trying to be the best that you can be. and I would say that if we were the one seed or the twelfth seed I mean we’re trying to play our best basketball right now.”

Oregon State tips off versus Arizona State today at 2:30 PM in Las Vegas.