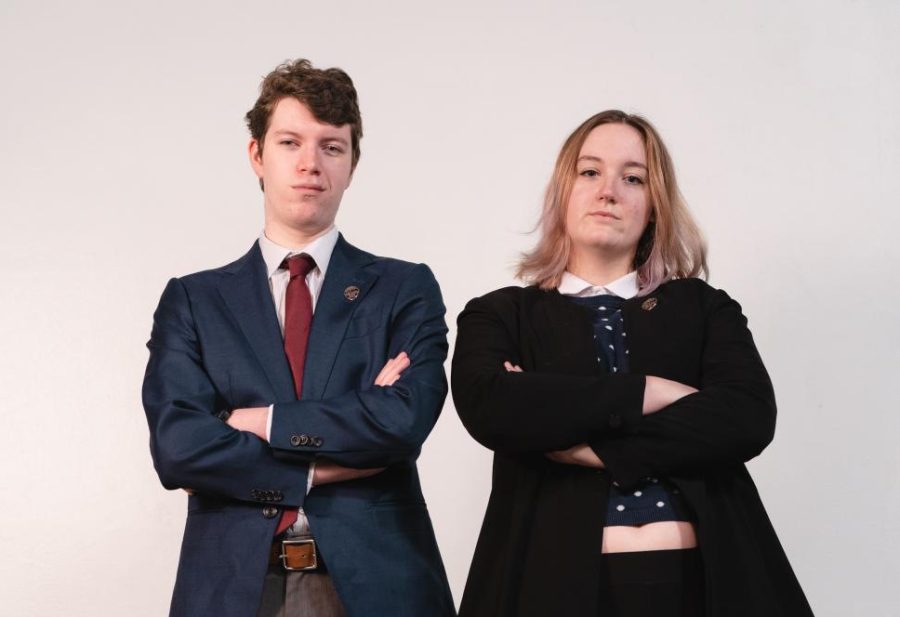 The Associated Students of Oregon State University president-elect Matteo Paola (left) and ASOSU Vice President-elect Sierra Young pose for a picture at Snell Hall on Feb. 11. Paola and Young will serve as the president and vice presidential team that will lead ASOSU during the 2022-23 academic year.

Matteo Paola and Sierra Young won the Associated Students of Oregon State University presidential election for the 2022-23 academic year with 17.93% of eligible voters participating in the election.

Students currently enrolled in a minimum of one credit on the Corvallis, Ore. campus are permitted to vote, making 20,759 students eligible to vote in the election.

3,722 students voted in this year’s election, which was almost twice the turnout of last year’s total of 1,514 student votes.

Single position elections like the president and vice president, SFC chair and speaker of the house are decided through rank choice voting while multi-seat positions are decided by a raw majority vote.

Ballot measure 01.22 was also up for vote, which proposed a new ASOSU Senate to act as a unicameral legislature. The measure passes with 89.33% of voters voting for the adoption.

A full story about the election results will come out with The Daily Barometer’s March print issue on March 7.

Speaker of the House – Madelyn Neuschwander