Living in Greek Life is ‘more than just paying rent’ 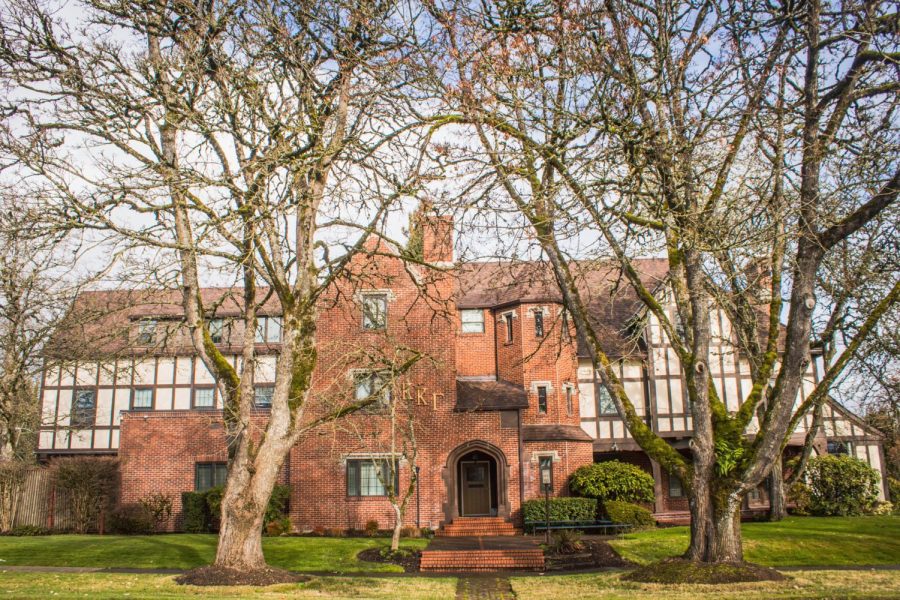 The Oregon State sorority, Kappa Kappa Gamma on Feb. 2. While living in Kappa during a normal, no covid year Kappa would normally have 50 women living in while sleeping in the sleeping porches.

One option for housing option for Oregon State University students comes in the form of living in a sorority and fraternity houses, which is an option for members of Greek life.

Greek life is made up of sororities and fraternities that are typically part of national councils. Some are culture based, like the National Pan-Hellenic Council, which is a collaborative organization made of the nine historically African American fraternities and sororities, sometimes referred to as the “Divine Nine.” Others are academic and interest-based, and are part of the Collective Greek Council, while the Interfraternity Council governs traditionally-housed men’s fraternities.

Only the IFC and PHC are housed, and with housing comes living in.

Living in, as it is commonly known, typically happens during a student’s second and third year at OSU. However, living in is also a reason why many Greek life members, such as Nick Williams who was a pledge at Phi Gamma Delta, or FIJI, decided to drop out.

Williams was a pledge, but never got to the point of living in.

“The primary reason why I joined Greek life was because I really liked the idea of brotherhood,” Williams said. “It’s going to be a second home for you.”

According to Williams, however, he had always been on the fence about living in, even when he initially joined.

“I do really value having my own space and basically having no space that really belongs to me, that was a major issue for me,” Williams said. “I have certain cleanliness preferences that I know most other people do not really share and I knew that that would be a big issue for me too.”

Williams said there are valid reasons why other members choose to live in.

“I’d imagine that you would never be bored,” Williams said. “And there’d probably always be stuff to do, always people running around. I think it would allow for a lot of spontaneity.”

“I get to be really close with a lot of girls in my member class and if I want to hang out with someone I know, everyone’s just down the hall,” Lorenz said.

With a sister who also took part in Greek life at OSU, Lorenz said she knew she would have to live in because it is required of all the chapters.

However, Lorenz said students shouldn’t join a sorority just to live in, but because they want to experience it.

“Greek life is a really great way to meet friends,” Lorenz said. “Not just people from the chapter you end up joining but people from tons of other chapters.”

According to Devyn Halvorson, the PHC president, living in has many benefits, such as most chapters providing two meals a day with snack items that are paid for by dues, which is made up of rent and extra fees.

“Another great pro about living in is the proximity to campus,” Halvorson said. “All chapter houses are a short walk to campus and there is most likely someone else that has a class at the same time as you that can also walk with to campus.”