The Daily Barometer • May 2, 2022 • https://dailybaro.orangemedianetwork.com/16575/daily-barometer-news/osu-community-voices-diverse-opinions-on-tuition-increase-for-2022-23-academic-year/ 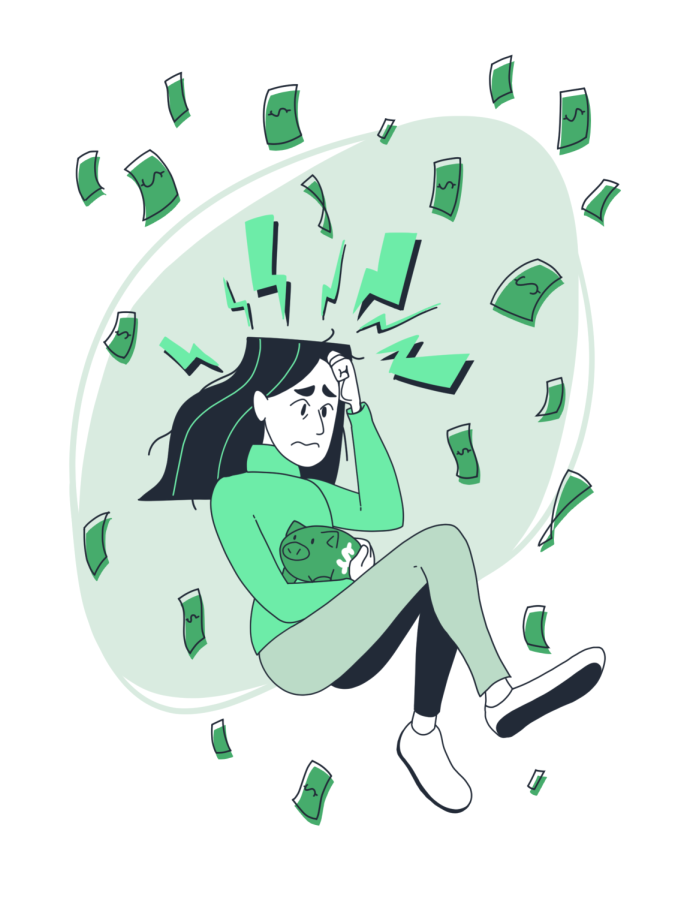 Tuition for OSU is set to increase for next academic year and many students are against that decision. Paying for college is already challenging for many families and the increase could add more stress to students and their financial situation, as depicted in this illustration.

According to Becky Johnson, OSU’s interim president, most students will see an increase in tuition during the next academic year, but individual impacts on students will vary.

Johnson explained the cost of attending OSU increases every year in order to fund state-required employee health care and retirement benefits, payroll costs for faculty and staff and general inflation on goods and services.

“The revenue to cover those costs comes from tuition and state government funding,” Johnson said. “The state only covered a portion of inflationary increases, so tuition has to cover the remainder. The only other option is to cut services or programs at the university that directly impact students, faculty and staff.”

According to Johnson, the university budget committee—which includes OSU students, faculty and staff—reviews proposals for increasing tuition fees or costs each year.

“Students with financial need should contact the Financial Aid office to see if they can access Pell grants, Oregon Opportunity Grant assistance and other scholarships,” Johnson said.

Zach Glowinski, a third-year OSU finance and business administration major, said he is against the tuition increase.

“I understand that inflation has been at a record high for the past 40 years, but in the grand scheme of things… Tuition costs have increased dramatically compared to other goods and services,” Glowinski said.

According to Glowinski, even though tuition prices increase, students do not see new or improved university services.

“Classes can be hard to get into and fill fast—Dixon is usually overcrowded and students still see themselves paying for high textbook costs, parking fees [and] meals on campus,” Glowinski said.

The increase won’t keep him from attending college, Glowinski said, but it will definitely tighten his wallet.

“In turn, with this increase, I will further question what I am spending my money on,” Glowinski said. “Do I really need to buy that apple that costs a dollar at the grocery store? Should I really be going out and socializing with my friends this weekend? And the worst feared [question], looking into even more loans that could take years and years to pay off after graduating.”

Steve Clark, OSU’s vice president of university relations and marketing, said he understand paying for college is challenging for many students and their families but encourages students with financial needs to explore the financial resources that they may qualify for by contacting the OSU Office of Financial Aid.

“The financial aid office can also suggest possible state and federal funds that students may qualify for, and suggest how students may seek donor-supported scholarships provided by the OSU Foundation,” Clark said.