Social Addendum: I’m getting a raise and you deserve one too 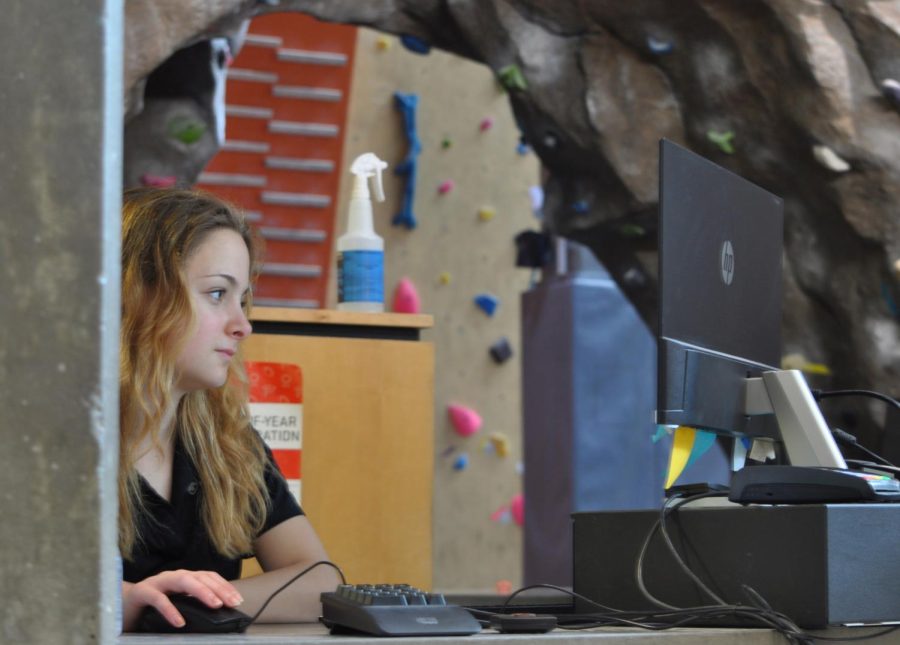 Paige Orals on May 24, a second year student at Oregon State University works in Dixon Recreation Center. She is one of many employees who will get a boost to a 15$ wage this July.

Oregon’s minimum wage will increase to $13.50 an hour on July 1, but Oregon State University student workers who are funded by student fees will receive an extra bump to $15.

Orange Media Network and The Daily Barometer, which are a part of SEE, is among those who will receive a wage increase.

Raising minimum wage is absolutely necessary because students should not have to live off of the current minimum wage, which is pretty standard for on-campus work.

Emma Garland, third-year nutrition student, has felt the struggle of being a student and trying to work enough to afford living even while working 15 to 20 hours per week.

“At this time, I am relying on savings and I make enough to just cover my rent and not the utilities,” she said.

If you make minimum wage and work 20 hours per week—which is the maximum that students are allowed to work—then it can still be a struggle to afford even just rent and utilities, especially in Corvallis, where housing is becoming increasingly expensive.

Working those 20 hours is also still on top of being a full-time student which, realistically, already takes up more than 40 hours a week.

“Money is something that I think everyone stresses about,” Garland said. “I am always trying to pick up extra shifts, so I can afford school and rent.”

The health consequences of not having enough money make it even more difficult to work, and it can affect your ability to perform in classes, which can lead to a cycle of failing classes because of having to work and then needing to work more to afford retaking those classes.

All this is to say is that a $15 an hour minimum wage makes doing this impossible balancing act a little more possible.

According to Joe Page, third-year public health and Spanish major who is the current ASOSU Student Fee Committee chair elect, ASOSU was able to pass the bill that approved the minimum wage increase because it exerts its power in less than direct ways.

Page, as the chair of the budget committee, created a letter to the eight fee funded units that asked them to include a minimum wage increase in the budget request that they send to ASOSU, who then approved their requests.

This was a pretty simple process, Page said. As for the student workers on campus who are not funded by the incidental fee, Page said, because there are so many more areas, it is more complicated.

Page said he hasn’t heard any indication that other student worker wages are going to go up in the near future because of ASOSU.

Other students should also feel empowered to advocate for a livable wage for themselves—working on campus or off—because that’s what they deserve.

ASOSU can help them advocate for those wages in ways such as passing resolutions and meeting with administrators, but they don’t have any decisional authority over their wage.

“We’re at a better place to be more sound advocates,” Page said.

Alas, spending more on wages is increasing the incidental fee, which is going to be raised $26.18. This is not all because of the minimum wage but also because of other increased spending including a regular increase to adjust for inflation and prices naturally going up.

Returning to the good news, Page also said that ASOSU was working with the eight fee units that are increasing their minimum wage to keep their wage increasing every year rather than having a single one and done increase.

Students should not have to take time they don’t have to ask for the bare minimum they already deserve, but they should feel empowered to advocate for themselves and find resources available to them such as the Basic Needs Center or ASOSU. Simply put, students are entitled to afford to live, and they shouldn’t be afraid to say as much.