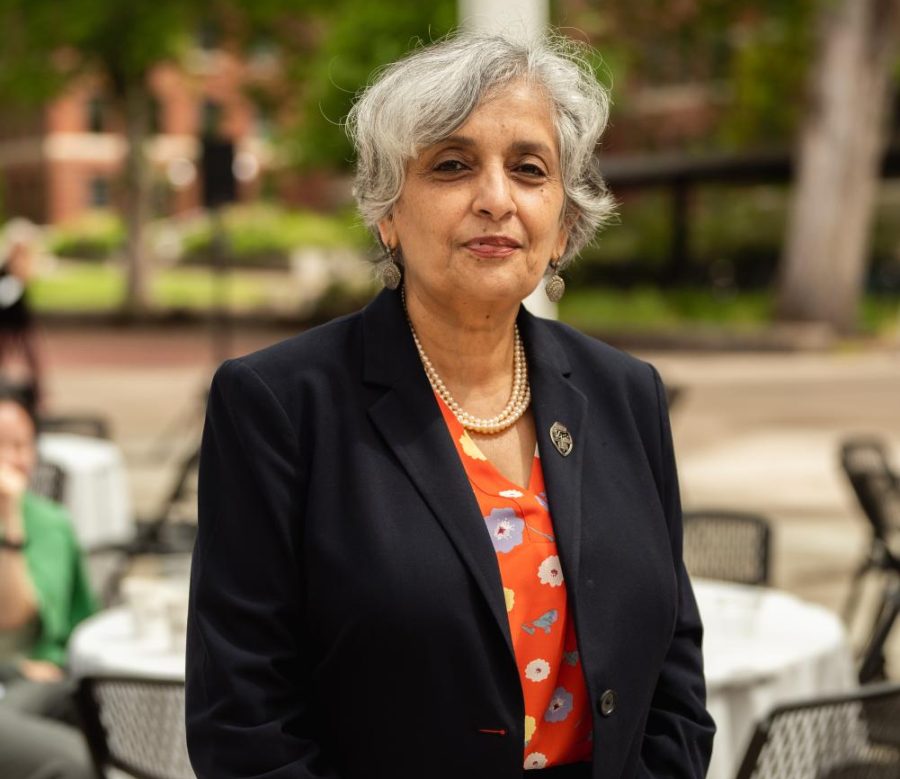 Jayathi Murthy pictured in the Student Experience Center Plaza on June 7 during a reception for her being selected to be Oregon State University's 16th president. Murthy was unanimously elected by the OSU Board of Trustees on June 7, and will begin this position on Sept. 9.

Jayathi Y. Murthy, previous dean of Engineering at University of California, Los Angeles, has officially been selected as Oregon State University’s next president, taking over for interim President Becky Johnson.

Murthy was selected by the OSU Board of Trustees and announced to the public on June 7. Her time as president will begin on Sept. 9.

She was voted in unanimously by the Board of Trustees for a five-year term, based on her qualified experience both at UCLA and as a national leader in higher education engineering teaching, research and service.

In a press release on June 7, Board of Trustees Chair Kirk Schueler said “Dr. Murthy is the right person and leader to guide this remarkable university that is enjoying tremendous momentum. Under Dr. Murthy’s leadership, OSU’s incredible impact in Oregon, nationally and globally, and the university’s commitment and progress in advancing diversity, equity and inclusive excellence will grow.”

Murthy has the experience to back up the support of Schueler and the other board members, with over 30 years of experience in higher education. As the dean of the Henry Samueli School of Engineering and Applied Science, her time at UCLA showed commitment to research—raising over $330 million in philanthropy.

Her commitments to diversity, equity and inclusion are also at the heart of her mission for OSU.

“I do not believe in exclusivity or in excluding certain students,” Murthy said in the press release. “That’s not the future I see for OSU. I see broad access for all qualified learners.”