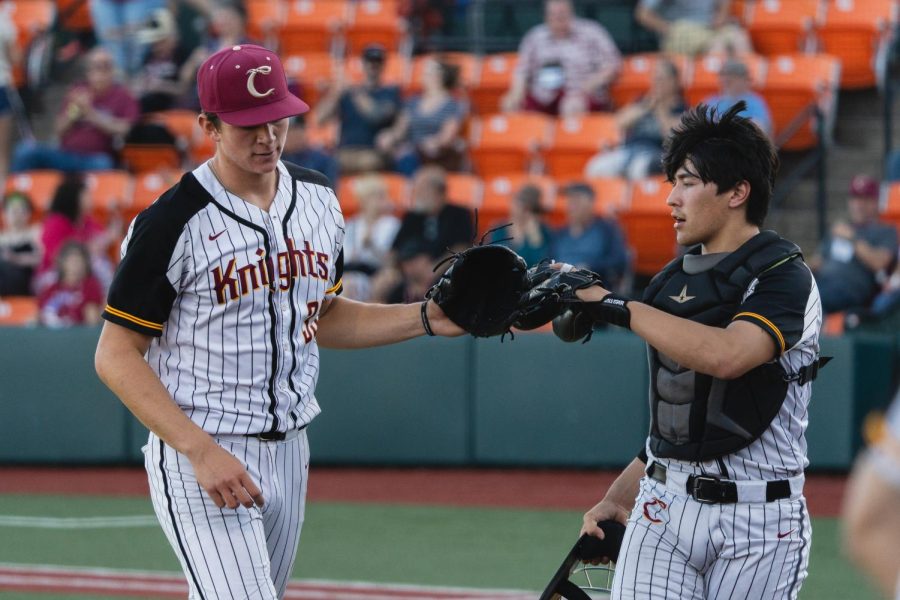 Matthew Ager celebrates a successful inning after recording a strikeout with his catcher, Tyler Quinn against the Walla Walla Sweets at Goss Stadium in Corvallis. The Sweets won the game, 2-1.

Despite a rocky start to the series Tuesday evening, the Corvallis Knights came out on top against the Walla Walla Sweets this past week with a record of 2-1.

Following the Tuesday evening loss against the Sweets, the Knights came into game 2 of the series looking to even the score. Within the first inning alone, the Knights would tack on five runs while the Sweets would spend the rest of the game playing catch up.

Despite several strong innings for the Sweets, including four-runs in the fifth inning, the Knights finished the game with score of 10-5. The next and final game in the series saw the Sweets score five runs again and the Knights scoring one less at nine runs.

The Knights are set to face their next opponent, the Bellingham Bells, this weekend starting on Friday at 6:35 p.m. at Goss Stadium.