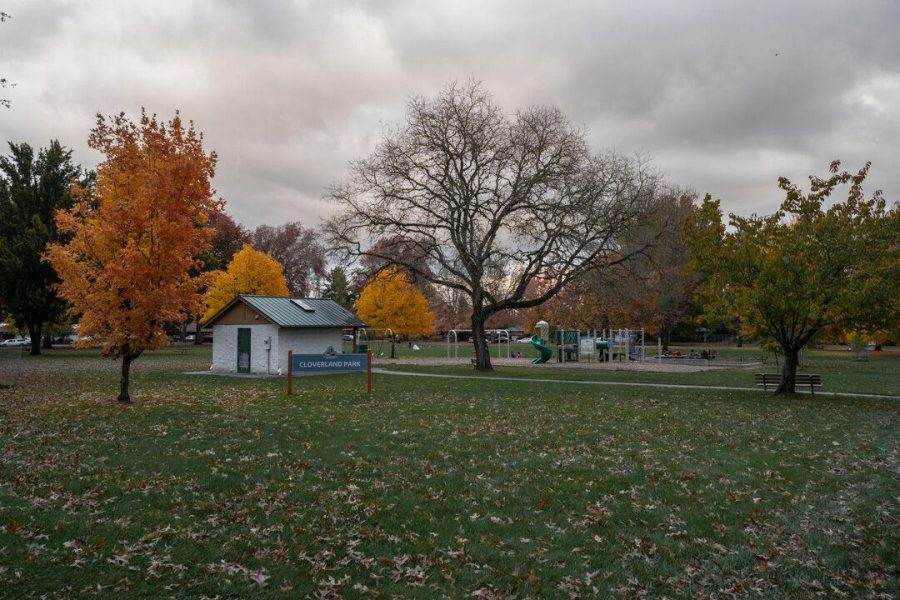 Cloverland City Park located at 1605 NW 29th Street. This park is part of Ward 7, where residents are now represented by Paul Shaffer in northwest Corvallis.

Editor’s Note: This story is a part of the 2020 Elections Issue. The Baro has put together this issue to inform the Oregon State University and greater Corvallis, Ore. communities about the 2020 Elections. This issue will dispel voting myths and include information on local elections, voting methods and tips, candidates.

In Tuesday’s election, Paul Shaffer was re-elected to represent Ward 7 as the city councilor with 2,264 votes out of the total 3,281 votes counted.

Upon being elected for the position, Shaffer shared his thoughts on the election, words he has for his voters and his opponent and what his future plans are for the community.

“I’m humbled; I’m gratified that voters responded favorably to the work I have done as a councilor the past year and that they are placing their trust in me for a full term on council,” Shaffer said. “It was a strange election cycle because of COVID-19, so a pretty low-key campaign. I hope we can get past COVID-19 in the not-too-distant future so I can restart a more person-to-person interaction with Ward 7 residents.”

Ward 7 in the Corvallis district is located in the central part of the city just above NW Harrison Blvd. and below NW Walnut Blvd.

Shaffer said he is appreciative of the faith voters have placed in him to represent them for this next term, and that he wants to be available to constituents and to listen to their comments and concerns.

Shaffer said he will be thanking Nic Bowman, who was also in the race for the city council seat, for entering the race and allowing him to sharpen his thoughts and messages to voters.

“He seemed to come up to speed pretty well and quickly on issues, and is to be commended for his effort,” Shaffer said. “I hope he stays involved in local politics; he has a lot to offer.”

Shaffer’s plans during this term as city councilor  include several priorities such as homelessness, housing stock and climate change.

“There is really not a ‘first’ thing, because work is ongoing on many topics,” Shaffer said.  “Priority concerns for me are budgets for the next two years—to address effects of COVID-19 both on city income and expenditures. The latter issues are ongoing and long-term, but will be a focus for incremental improvements. Climate change and city efforts to reduce greenhouse gas emissions are another long-term issue that is a point of concern.”

Shaffer said there is still a lot to keep him busy in local politics in addition to his routine council work. He is also on the budget commission, will serve on a workgroup to review some of the city’s System Development Charges and will serve as the council liaison for city advisory boards. Along with those duties, Shaffer is going to stay in contact with the constituents and hopes to be able to expand in-person communication after the pandemic.

“My job as a city councilor is to represent the concerns and values of my ward and Corvallis, [Ore.],” Shaffer said. “I want to hear from all of you.”