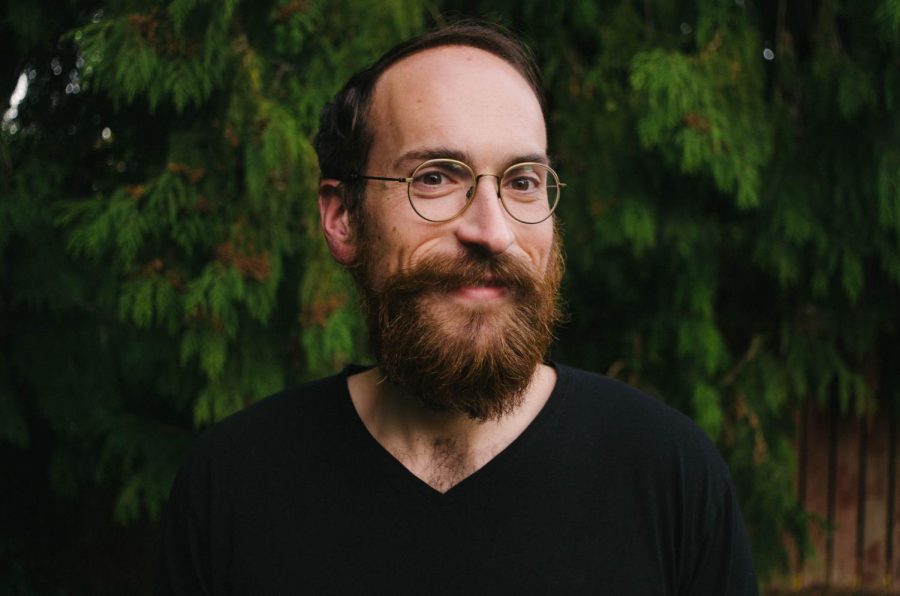 Nico Pantuso, 32 and a Mathematics Ph.D student, makes the choice to return to student life to further his career opportunities.

Starting college just after acquiring a high school diploma is often the main option for young students. Some, however, do not have either the desire or the support to attend a university.

Choosing to begin your college experience after turning 30 years old is not as quite as uncommon as one may think. According to information by the Education data organization, college students over 30 years old represent around 11.7% of the total student population at universities around the United States.

At Oregon State University, it is no different. Kase Allouzi, a 33 year old digital communication arts student, feels confident with his choice of returning to college. Allouzi, who first started college at 18 years old, said he felt unprepared for what was to come, and was studying a subject that was not of his interest, due to his parents’ influence.

“I see many differences between me and my classmates, I care about different things, I haven’t seen a lot of people looking too far into the future,” Allouzi said. “Whereas my goal is to finish my degree and be able to buy a house, I want to put away college savings for my kids.”

Having kids and bills to pay are uncommon concerns for young students, who often have financial support from their parents. This tends to differentiate their goals from those who are 30 years old or older.

Such a situation was aggravated by the COVID-19 pandemic. Non-traditional college students who have full-time jobs or children to take care of are left to deal with their responsibilities, creating hassle when dealing with time management.

A 32 year old Ph.D student in mathematics, Nico Pantuso, said via email, “I started college after finishing high school as a sort of — this is what I’m supposed to do next— thing. I did not have a particular career goal in mind.”

Pantuso notices diverse differences between him and his younger classmates, the most noticeable one being schedules. “I feel like I’m not productive trying to work on homework late at night, but that seems to be common for students under, say, 25,” Pantuso said.

Another unique non-traditional student is Gail Gerdemann, a 70 year-old non-degree seeking student at OSU, meaning, a student that takes classes to learn at their own enjoyment and control of credits.

“I have the freedom to decide which assignments to complete,” Gerdemann said via email. “As a rule, I pass on term papers, but I try to do everything else assigned because those assignments and study help me achieve my learning goals.”

About her experience, and reasons to start college at such an age, Gerdemann puts family as a top priority, but does not disregard her interests in specific academic subjects.

Gerdemann said, “The main reason I’m taking classes at OSU is to learn Japanese. My oldest son married a Japanese woman and my two grandsons are bilingual; we visit Japan often and I want to be able to talk with people, read signs, and otherwise be able to fully immerse myself in my Japanese family’s life.”

Gerdemann is interested in numerous different classes from different schools, from English to Art History and Oceanography; she feels grateful for the opportunity to study at OSU.