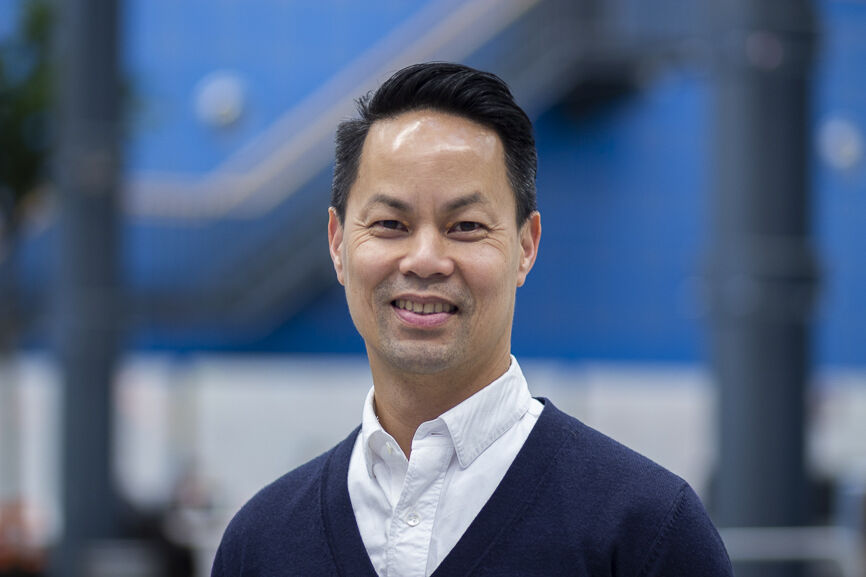 Andy Dong, former professor in the School of Mechanical, Industrial and Manufacturing Engineering has started his position as the head of the School of MIME.

Andy Dong, former professor in the School of Mechanical, Industrial and Manufacturing Engineering has started his position as the head of the School of MIME.

Dong graduated from University of California, Berkeley, with a Ph.D. in mechanical engineering, and did research about the strategy in the design of engineered products and systems.

In 2019, Dong started his role as professor at Oregon State University, and when the role of head of the School of MIME became available, he said he applied to the position because he felt this was a very interesting and challenging time.

“In challenging situations there are two opportunities: you can either crawl up and defend or you can step forward and do something, and I decided that I feel that I have the skills and motivation and the desire to help the school move through a very difficult time,” Dong said. “And what I mean [by] school, I mean both students and staff.”

Harriet Nembhard, former head of the School of MIME, said the achievement that she is most proud of having been the head of the school was recruiting three staff and eight faculty members, including Dong. She said those hires strengthened the school’s ability to operate effectively as well as its capabilities in advanced manufacturing, design, industrial engineering, materials science and robotics. She said it was satisfying to see each person become woven into the fabric of the school and flourish in each of their own careers.

“Beyond this, at the campus level, I convened a Community of Practice on Strategic Diversity Leadership (CoP-SDL) as a group of 10 chairs from six colleges. Our two-year collaboration examined the role of department chairs in fostering diversity, equity and inclusion (DEI) learning outcomes and student identity development and in working with faculty to develop and execute DEI action plans,” Nembhard said via email. “We also explored how chairs develop DEI-focused partnerships with the upper administration and how chairs can support Black Lives Matter in the academy. This deep dive fueled our work as leaders and continues to inform how I strive to effectively build coalitions to bring about lasting change.”

Nembhard would like to thank Dean Scott Ashford for the opportunity to be part of his COE leadership team and motivating her to think deeply about her abilities and contributions.

“I learned a tremendous amount about engineering administration, trends in engineering education and higher education leadership during my four years at Oregon State. A significant element of my leadership development was my year-long participation during 2018-19 as a fellow in Drexel University’s Executive Leadership for Academics in Technology and Engineering (ELATE) program in which I was mentored by Provost Ed Feser,” Nembhard said via email. “I also had several supportive conversations and exchanges with [former] President Ed Ray. I hope my future service to the academy will always make my OSU colleagues proud.”

Nembhard is now the Dean of Engineering at the University of Iowa, and she said that after announcing her departure she embarked on a project to compile a set of notes on her experience with various administrative aspects of being a school head. She will hand this letter to Dong to provide him with some guidance as he begins his time as the head of the School of MIME.

“Andy is a tremendous leader-scholar in so many ways. If there’s one thing that stands out to me, it’s his ability to ask really thoughtful, spot-on questions,” Nembhard said via email. “As he does this, he engages people in a broad conversation about moving forward and getting better.”

Irem Tumer, Ph.D., interim vice president for research and professor in the School of MIME, said Dong brings a lot of experience into the position of school head, gained through various roles in multiple institutions. She said Dong also has an impressive track record of teaching, mentoring, outreach and scholarship.

“In him, the OSU community will find a strong leader, thoughtful colleague, skilled mentor and a passionate educator, all in one. He has an unstoppable amount of energy and thirst for problem solving and creative thinking,” Tumer said via email.  “As such, he brings a unique opportunity to the School of MIME, to continue in its upward momentum with many skilled faculty members who are rising stars and devoted educators and mentors, as well as in continuing to produce amazing students who are ready to change the world through engineering and science.”

“My career has been anything but straightforward, and what I have always done has been two things. One, I have always backed myself, you have to back yourself. You are here at OSU because you are a smart individual, you clearly have motivation and the capacity to do well,” Dong said. “Sometimes backing yourself is going into roles that you do not think you can necessarily succeed in but you will, because as long as you know that what you are doing, it’s going to create a positive impact, you will [succeed].”

Dong also lived in Australia for 14 years, where he did research on Australian Indigenous ways of knowing, and was awarded an Australian Research Council Future Fellowship in 2010. He said that now that he has returned to the U.S., he misses going to swim in the sea in Australia, where he usually swam two and a half kilometers in one hour.