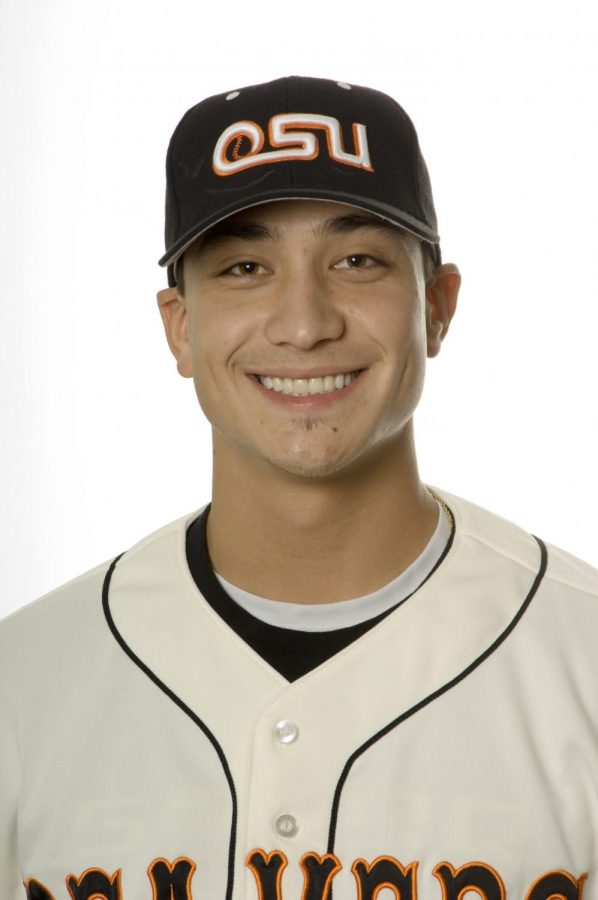 But as excited as he is to return to OSU, Barney never thought he’d be back in Corvallis this year. In fact, up until a few months ago, Barney thought he’d be spending this summer in Tennessee as the head coach of the Triple-A Nashville Sounds.

However, with the Minor League Baseball season canceled due to the COVID-19 pandemic, Barney found himself out of work until the opportunity came to join the Beavers’ staff. And while Barney admits that he’s always aspired to be a head coach of a pro ball team, the offer to rejoin his former teammate was an exception he was more than open to making.

“I’m really happy. Mitch and I have gone through a lot when it comes to Oregon State University,” Barney said. “When it comes to Mitch and OSU, that has a lot to do with being okay with taking this role and I’m super excited to collaborate with those guys and work with them.”

During his college playing career, Barney earned Pac-10 Freshman of Year honors in 2005 and was selected to the Pac-10 First-Team twice. His 238 career hits and 765 at-bats both rank first in program history.

Barney was drafted by the Chicago Cubs in the the 2007 MLB draft and made his Major League debut with the team in 2010. Over the course of his eight-year MLB career, Barney played a combined total of 814 games with the Cubs, Los Angeles Dodgers and Toronto Blue Jays.

Currently, Barney lives in Lake Oswego, Ore. with his wife and three daughters, with a fourth child on the way. While his commute to Corvallis will be around 90 minutes, Barney’s new job will still allow him to see his family much more often.

“This is a lot closer than Nashville, so that’s a positive,” Barney said. “In pro ball, you leave for eight months and you don’t come home. This is one of those things where if my daughter has a softball or a basketball game, I can just drive home for it. It really is a blessing in that way.”

Bringing the Big Leagues to the Beaver State

In addition to his new duties with Oregon State, Barney will also serve as a consultant to the Portland Diamond Project, a group looking to bring a Major Leauge Baseball to Portland, Ore. The PDP’s goals are to secure financing to construct a stadium, and eventually bring Major League Baseball to the Rose City, either via league expansion or the relocation of an existing club.

Barney became involved with the project himself after encountering Cheek, whose son he had known since childhood, in a grocery store shortly after retiring from the Major Leagues.

“When we ran into each other he started filling me in on what they were trying to do. It was crazy with the timing. I had just been home trying to see what my next thing was going to be, and we were talking about the Portland Diamond Project in the frozen foods aisle,” Barney said. “We were excited about that. Craig welcomed me in, and my title was Chief Baseball Advisor. My job was basically to help in planning and help in bringing recognition to the group and what we were trying to do.”

The PDP has hosted public events in the past to draw support of the project, but those have been placed on hold due to the continuing pandemic. However, Barney said that the project is still up and running well behind the scenes, and he is optimistic that the organization will achieve its goal.

“We can’t wait too long. If this opportunity passes upon us, it’s going to be really hard,” Barney said. “It’s just one of those things where obviously my family has been rooted here, we’ve had opportunities to move, but Oregon and Portland – this is home. To bring Major Leauge Baseball home would be historical, exciting, and I think it would flourish. I think that the fanbase here would be spectacular.”