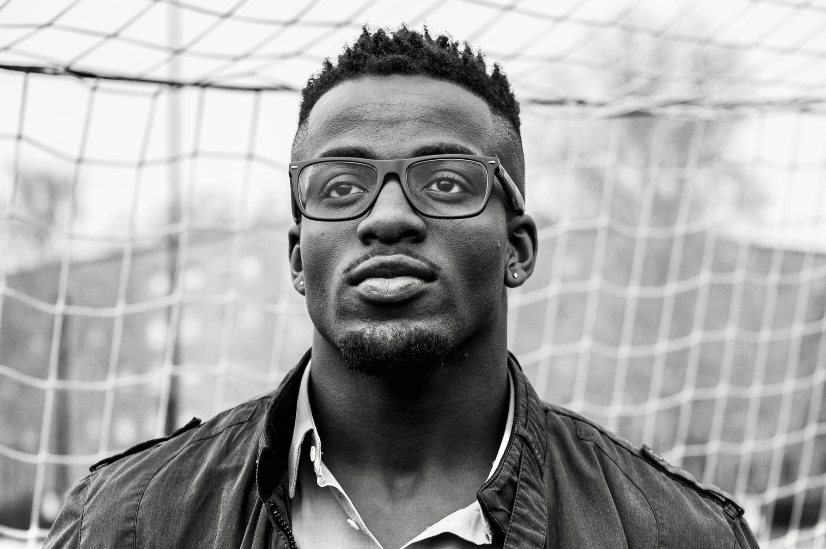 “The Black voice matters. It’s been neglected for many, many years, and it’s definitely time for a change,” said Oregon State University senior midfielder Joel Walker.

Walker, a member of the Oregon State Men’s Soccer team and the president of the Student-Athlete Advisory Committee, has been a loud and passionate voice in advocating for social change, believing that now more than ever is the perfect time for this change to happen.

But, for as eager as he is for social reform to take place, Walker understands that creating lasting change will be more of a marathon than a sprint. But with his role as SAAC president, Walker has been able to help Oregon State and the Corvallis, Ore. community take steps in the right direction for that marathon.

“What we’re seeing right now is if people haven’t already been fed up, they’re completely, completely, times one thousand, fed up,” Walker said.

Walker believes that because of the publicized instances of oppression and police brutality that different communities of many different races are coming to the aid of the Black community, leading to a movement stronger and wider than anything Walker has seen in his lifetime.

Where past attempts to create racial equality have fallen short in Walker’s eyes, the Oregon State student-athlete now sees a Black Lives Matter movement with more power to create a lasting difference, in part because of how much involvement has taken place from all over the world.

“I think the biggest thing that’s changing right now from the 60s [to] the 90s to now is that you have binds from multiple allies from across the globe,” Walker said. “I think back then, you would have a strong group of Black people and a few white allies, but now you see its from a global spectrum that people are fighting against racial injustice.”

Walker has not been an outside observer to the movement, however. In addition to using his own voice and platform to advocate for Black Lives Matter, Walker has had the opportunity to meet with other advocates as well.

As an intern with Nike, Walker has been given the opportunity to talk with many different Black leaders from across the country and the globe, all of which have said that the power of technology and a consistent presence of this oppression is the fuel to the fire that is making social change.

“I’ve been blessed to talk to a lot of great Black leaders within the community, and the biggest thing that they’re highlighting is what’s so different about these times right now is the consistency and the power of being able to use your phone to record these things,” Walker said.

“I think what we saw with Breonna Taylor, Ahmaud Arbery and George Floyd, we saw a consistent brutality against Black people. And so, just seeing that back to back to back glimpse, it takes a toll, not only on mental health, but just on people’s hearts who witness things,” Walker said.

Walker agrees with the Black leaders he had the chance to talk with, that the constant media coverage that George Floyd’s death was getting, even extending out well past one week. But  Walker believes that the media can only do so much to make change happen, saying that conversations about these topics can have just as much power as a post on social media.

“Two weeks after that [George Floyd’s death], we saw a lot of media coverage, a lot of posts on Instagram. What we’re seeing now, and what’s encouraging, is that this momentum is being sustained,” Walker said. “Of course, maybe some people aren’t posting as much on the media, but those people may be having some serious conversations with other people we don’t know. But in terms of sustain and feasible momentum and change, it comes in a day to day conversations.”

As of writing, Walker has attended two different protests, one in Eugene, Ore. and the other in Corvallis. And while attending the Corvallis protest, Walker was given the opportunity to speak in front of the four thousand people, a crowd who also wanted to see change happen.

“I was able to attend a few protests… My first one was in Eugene, and that same day I had the opportunity to speak at the Corvallis protest,” Walker said. “My first protest, the one in Eugene, I didn’t really know what to expect. I knew I wanted to go there, hear the voices of the Black community. It was awesome, we got to hear from the senate as well. The Corvallis one too, I was pretty surprised.”

As for Walker’s involvement with the SAAC, one thing that he has been pushing towards is support from the Oregon State fanbase. But not just any support, Walker wants the same support that an OSU Athletic’s event would get for an issue that truly affects the lives of student-athletes.

“The reason why the student-athletes are trying to have a voice right now is, many of our fans are white, and many of them can come to games and cheer us on and shout for us, but what about when we’re recognizing something serious going on in our country, in our community,” Walker said. “The football team can pack Reser Stadium with 45,000 people, with the majority of them white, but can we get the same support from our donors, from our fanbase, from our community when it’s something this serious?”

As president of the SAAC, Walker wants to make sure that all student-athletes have their voices heard in making change. One of the ways Walker has been able to take action on behalf of the student-athlete base was the renaming of the ‘Civil War’ title in regard to athletic competitions between Oregon State University and the University of Oregon.

“I had the opportunity last week to meet with many student-athletes and the pulse of the group was clear that we are in full support of renaming the Civil War,” Walker said. “The group stood strong on the belief that if we want to create change within our university, conference, and nation, that taking a stand will not only initiate change but hopefully will encourage other institutions to reflect on the history of the names and buildings on their campuses.”

Walker was pleased to see the removal of the ‘Civil War’ title from the rivalry between the two universities happen, and provided insight as to some more changes that he hopes to enact in the future.

“We hear a lot of people talking about voting, that’s probably one of the biggest ones right now. The student-athletes are pushing legislation within the conference for student-athletes to have Nov. 3 off to go vote. I think if we can focus on education, awareness and action, it’ll truly evoke the change we’re looking for,” Walker said.

With the fight to create social change and racial equality still continuing onward, Walker gave some words of wisdom as to how to approach the current situation, and most importantly, stressed that is important to take care of one’s self before you can help others.

“I think the biggest thing that has been on my heart is to continue to take this day by day, push your family and friends, encourage them to have these raw conversations,” Walker said. “But also, if you’re doing things from an empty cup, how are you going to truly give and support, and even create change in other places. Take care of your mental health, take care of your heart, and take care of your mind, soul, and body.”