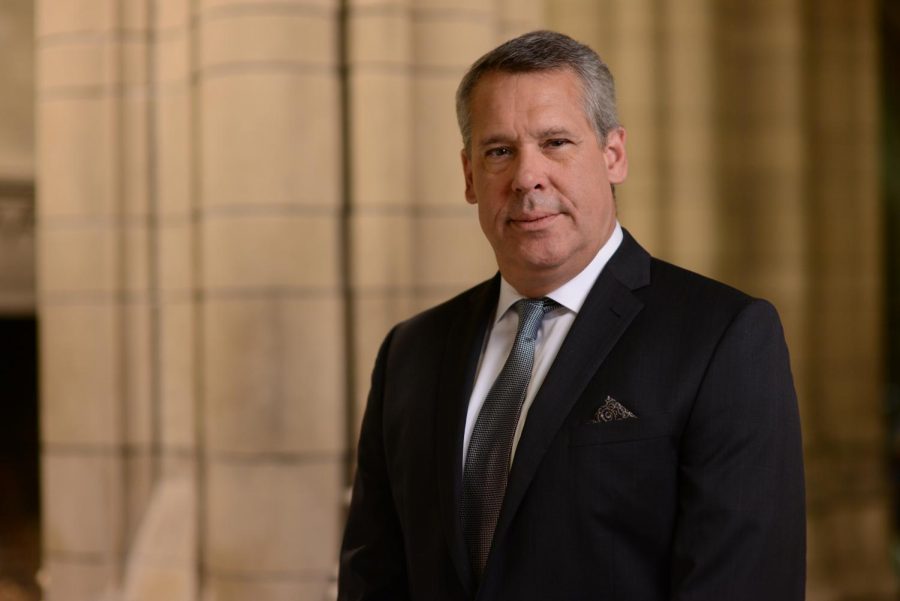 OSU vice president and athletic director Scott Barnes was hired into his position in December 2016. Barnes is working with the Athletics department to understand scholarship opportunities and financial options moving forward in the COVID-19 pandemic.

The decision made by the PAC-12 Conference means that all fall sports, such as football, soccer, and volleyball, along with any winter and spring sports, will have to wait until the next calendar year in 2021 before they may participate in any competition. And while disappointed by the reality of the situation, Barnes truly believes that the PAC-12 made the safest choice.

“At the end of the day, there was enough information out there to be concerning enough to make that decision,” Barnes said. “We’re looking for the safety of our student-athletes, and that is the primary concern. We stand by our decision.”

Shortly after the announcement was made by the PAC-12, Barnes was responsible for reaching out to Oregon State’s fall sport student-athletes and coaches to alert them of the situation and the postponement, a task that Barnes found difficulty in on behalf of the student-athletes.

“I had the task of making sure that I connected with all of our fall sport student-athletes yesterday. Football team, volleyball, both [women’s and men’s] soccers, rowing and golf. The one thing is whether you’re a football student-athlete or a golf student-athlete, it impacts you the same way,” Barnes said. “Our hearts are broken for them, and what we need to do right now is surround them with support and give them clarity. Lots of dominoes, lots of impacted student-athletes and coaches, and the sooner we can give them clarity on what’s next, the better, and we’re working on the hour on that.”

The decision from the PAC-12 was hard for Barnes, as well as student-athletes from Smith’s football team, who already had a schedule lined up with their first game scheduled to take place on September 26 against the California Golden Bears. However, despite the postponement of PAC-12 athletics, Smith mentioned how his team is still working hard and keeping their spirits up together.

“We’ve had our schedule for this week. That does not change despite the news,” Smith said. “I actually asked the team, it was really tough on the team obviously when the news broke, but [I] asked them what they wanted to do, and they wanted to continue. Currently this week, we’re going to finish our schedule as planned.”

Coach Smith said that he understands the value that football has for his team, and will be making sure that all of his student-athletes are in the best shape, both physically and mentally, for this upcoming football season.

“It’s tough news to receive because they have been working very hard, not just prepping for football, but the choices they’re making, the protocols they’re following, so yeah, it was really tough news to receive,” Smith said. “We have a great coaching staff, we have great relationships with these guys, we stay in touch with them, we check up on them. Football means a lot to them, and with now that it’s postponed, that’s something that’s really hard on them, but we’re going to be there for them.”

In terms of finance, this postponement will certainly affect Oregon State, as athletics provides a flow of revenue into the school. With that being gone, it remains to be seen as to how much of a financial issue this could be for Oregon State.

When asked about the potential financial impact, Barnes remained candid in how much of an impact the loss of sports could have on the university.

But despite the uncertainty, Scott Barnes made clear in his desire that football, along with the rest of fall sports, be simply postponed rather than canceled.

“We suggested strongly, very strongly, that we’re postponing allowing us to play. Our intent is to play football this year, we are not canceling football.”