Students on the Internet: How did you choose your major and minor? 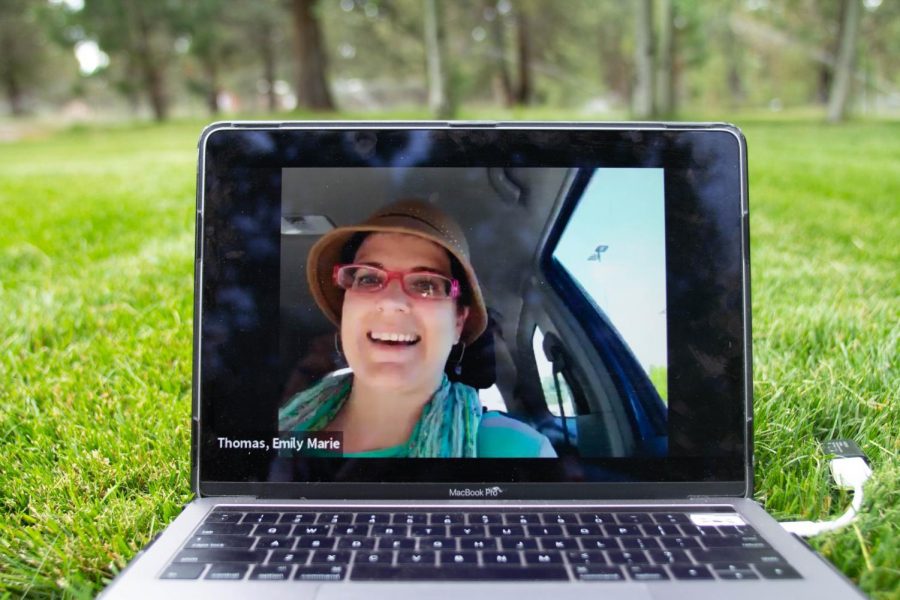 “I’m a non-traditional student, I’m 35, so when I first went to [college] right out of high school, I wanted to be a nuclear engineer. I quickly decided I did not like chemistry—then life happened—I failed out of school, and now 15 years later here I am. When I came back this time, I was like ‘well I know I want to do something with math,’ but I didn’t really have a passion if you will, so I was like ‘what can you do that uses math and isn’t boring, and makes money,’ so I chose physics… I took a geology course because it looked interesting, I thought volcanoes were really cool… That’s when I was starting to toy with the idea of maybe switching my major to geology, but I wasn’t quite sure because physicists tend to land better jobs, so I was like… ‘why would I torture myself for the next three years studying something I’m not passionate about when I could study geology instead?’ So I switched to geology.

“It took me a while to figure out what to do for my major. I kinda bounced around, I was in the College of Business, and the College of Public Health, then I eventually landed on graphic design. I think the biggest thing for me was that initially, I was super into graphic design in high school, but I think I didn’t really understand feasible job options [in graphic design], and I wanted to go with something a little bit ‘safer’ than being a creative… There is a decent amount of job security in graphic design, but it’s better to pursue something that you would love doing for the rest of your life that’s a little scarier than it is to just go a traditional career path if you feel like you’re not going to be happy doing that, so that’s how I ended up on graphic design. As far as graphic design, it’s a smaller community as far as majors go, it’s a cohort program, and the teachers are really hands-on, so overall it’s just a really good program to do, especially at OSU.”

“Well, before my journey as an electrical engineering student, I was into higher secondary mathematics and physics. I liked physics more. Mechanics were my favorite subject in high school, and well, still is one of choice. I was always quite baffled with the electromagnetism. Nevertheless, I liked it, as it requires a lot of imagination and intuitions to study it, and its mathematics were challenging. When I selected to study engineering, mechanical was my first choice, but my father pursued me to study electrical because there was and is more extensive job openings for electrical engineers. I was hesitant. But after going through my research about the fact, I gave in. At first, I was quite a bit sad about that choice. Nevertheless, I got my then second best. I decided to keep going with my course and voila! After two and a half years, I am a budding electrical engineer, and I can’t live without electrical engineering. Now, I am doing my second master’s degree and Ph.D. in electrical engineering. I realize that you never really know what you want to become unless you become something and shine with it. I never wanted to become an electrical engineer in the first place, and now I wish it to be not faithful.”

“I originally went in as a biology major, because I had a really good bio teacher in high school, and it kind of went along with pre-med, so it goes along really well with that. I took a couple of psychology classes, and I realized that this is the most interesting thing I’ve learned in school, so why not make this my major. So I switched my major to psychology, and it still goes along pretty well with pre-med requirements, so I didn’t really have a problem getting those in. My chemistry minor is also easy to go with pre-med, so it’s not that much extra [work].”

“I was considering chemistry, electrical engineering and physics as majors when I transferred [to OSU]. I landed on physics for my primary one because I felt it had the most overlap with all three. I do additional courses in electrical engineering because I find it is a much more employable degree in Oregon, specifically in the southern Oregon area where I’m from. So I considered where the jobs are and what kind of position will be employable.”

“I started out in forestry engineering, which I chose just because this school had a good program, and so I was like ‘well they have a good program, I don’t know much about it but I think I’ll like it.’ [My advice] would be to not go in with that mindset, because I ended up not liking it at all, and with that, I realized I didn’t like engineering. So then, I went into the College of Exploratory Studies just because I still wanted to go to school, so I took psychology and business classes, because I’ve always had an interest in them, and I didn’t want to just choose one right away, so I did that for a term, and coming out of that term, which was winter of last year, I realized that I did like both of those [subjects], so I stuck with both of them. In the spring, I chose business as my major, with a minor in psychology. Currently, my major is marketing and accounting, which I’m double majoring in, and that is how I came to my major—by finding out that I didn’t like one, and taking the process of going to exploratory studies, to then finally choosing my major.”

“My major is nutrition and health sciences, and I am pursuing the medical and humanities certificate. Coming from high school, I wanted to do pre-med, and I feel like a lot of people feel this way, but biology makes sense, I’m going to major in biology. It seemed like the right thing to do, it was fine, I was in the biology major for about two terms, and then I thought that this is too general for me, I’m not super interested in biology as a whole, and all the things that encompass being a biology major. I’m more interested in stuff that has to do with humans, and I really liked the chemistry classes I was taking, so I took an intro to the nutrition major course to learn about what you can do with the major and how it would tie in to being a pre-med major student. I met with an advisor and talked to them about my options, and at the end of my freshman year, I changed my major to nutrition. So I feel like everyone tells you it’s so normal to change your major. I feel like I was flexible, I wasn’t like ‘I have to be a biology major, or I have to graduate as a biology major,’ I just had the goal of being a pre-med student. Everyone tells you there’s so many avenues to do, so I found something that seemed a little more channeled to my personal interests, I talked to advisors, I talked to some peers, and went ahead and did it. I’m in my third year here at Oregon State, and I am so glad I changed my major.”

“I originally wanted to be a physical therapist, so I was going to study kinesiology, but then I realized that it wasn’t really something that I was interested in. I really really liked math… So I was like, ‘okay, I should study engineering’…’So I decided that I would study environmental engineering, and then I went to START, and they showed us this video about the College of Engineering and all of the different majors, and I realized that everything sounded so cool, and environmental engineering was really doing a lot of wastewater treatment, which is not really what I wanted to do, I wanted to work on airplanes to make them more energy-efficient. So there’s a little bit of a misunderstanding there for me. So then I decided to do the more general engineering route, just to figure out what field I wanted to study, and I decided that I wanted to study mechanical engineering because it’s really, in my opinion, the most versatile engineering major, you can do anything from studying thermal management in electronics at Intel to building rockets at Space X. So I really liked that there was a lot of flexibility, so I wasn’t locked into one thing. I decided to add on the aerospace engineering minor since I’m really interested in working on airplanes. So that’s kind of how I got there.”

“I started off with nursing, and I’m duel-enrolled with Linn-Benton [Community College]. I always knew healthcare was something I wanted to do just because I like to help other people. I like science and math, so that’s why I want to be in healthcare, but I wasn’t sure exactly where to go with that. I did a CNA thing and realized I didn’t like nursing. And I was looking into medical imaging and went to Oregon Tech for a little bit too. I studied echocardiography for a little bit and realized I didn’t like that just from job shadowing. I think job shadowing is where I decided physical therapy was where I wanted to end up. I think that’s what really helped. I also took an exploratory class, and they have different tests that kind of tell you what you should look into, I think it’s a really hard decision to decide what you want to do. That test helped me out, I think physical therapy was one of the things that was on there, and I thought that’s interesting. So job shadowing made it concrete that this is what I want to do.”

Third-year chemistry student with an option in education

“I got into the chemistry department fall term of my freshman year actually, and I first started in engineering, but didn’t really feel that excited about it or anything. But once I switched my major, I kind of found my group of friends that I belonged in really well. For me, I decided to choose my major based on what excited me and what I was most interested in at the end of the day, and I always wanted to teach, so it gave me the part where I was still learning science but I was also able to teach out of it.”