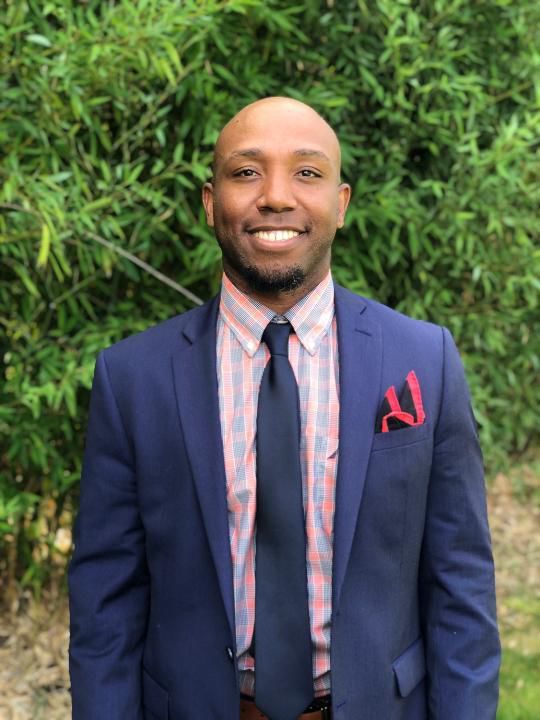 Yvenson Bernard has lived a life that many dream about but few get to experience.

In 2003, the Florida native joined Oregon State’s football program as a redshirt running back, and eventually went on to become the Beavers team captain and finish third on the leaderboard for most rushing yards in program history.

After graduating from OSU with a Bachelor’s in Merchandising Management in 2008, Bernard then began pursuing his dream of going pro. However, damage to his knee in college greatly diminished his NFL prospects, with injury concerns making his stints with the St. Louis Rams and Seattle Seahawks brief. He then spent the next four seasons in the Canadian Football League before retiring in 2012.

While his professional career was short, Bernard still had the opportunity to travel all across North America and play with and against some of the best players in the world, an experience he will never forget.

But while his name will forever be associated with football, Bernard’s charitable actions should also be known.

After a magnitude 7.0 earthquake devastated the nation Haiti in January of 2010, Bernard quickly sprung into action, starting a supplies drive with the assistance of the OSU community.

“We watched the earthquake and my wife was like ‘We got to do something’,” Bernard said. “Before we knew it, I was on the phone with Mike Reser (current President and CEO of Reser’s Fine Foods) and we were getting this whole container ship to Haiti to help with the earthquake relief.”

Thanks to Bernard’s quick spring to action and the generous help of countless others, over 24,000 pounds of supplies arrived in Haiti within two weeks of the disaster.

Since then, he has devoted time to his passion of helping others.

In 2019, Bernard and his brother Giovani, who currently plays for the Cincinnati Bengals, founded The Bernard Family Foundation, which was created to benefit the Jardin Vert de Josette School, named in their mother’s name, in Haiti.

Josette and their father Yven were Haitian immigrants who worked day and night to provide a better life for their family. Sadly, Josette passed away from thyroid cancer in 1999, but from that day forward the family made it their mission to dedicate their successes in her memory.

Every year, the foundation works on a new project to improve the school.

“We spent a long time on that school and we’re still looking to expand and become bigger and better,” Bernard said.

Bernard also made a return to OSU following his professional career, serving as a coaching intern with the football program under Mike Riley. He then served as a discovery officer for the OSU Foundation, helping promote and secure funding for OSU athletics.

Last year, Bernard began yet another chapter in his life working as a financial advisor for Capstone Wealth Advisors in Salem. In this new career, he aims to help young athletes make smart financial decisions.

“For me, when I was coming up it was one of the things I really didn’t do my research on or interview multiple advisors for. I just went with the guy that my agent told me to go with,” Bernard said. “A lot of these guys don’t know that they have the choice. They need to do the research on these advisors. You always hear about these advisors taking advantage of their athletes and embezzling, just doing crazy stuff, and these kids just don’t know.”

Bernard said he believes part of the reason why some young athletes may not seek financial advice is because of the demographics of the advisors. Financial advisors are predominantly older and white, and Bernard thinks that the difference makes it hard for some advisors to relate to their clients.

“I was like, ‘How does that player from Florida, Texas, California or anywhere in the South relate to this guy where their experiences weren’t the same?’” Bernard said. “For me, I was having family members coming to me for money, and that happens to a lot of these minority families. There’s a lot of people that are going to need help and they look at what you’ve become. It looks like we’re rich all of a sudden and so everyone’s looking for not a hand-out, but help and aid. A lot of these advisors didn’t know that. There’s just some little things that I felt I could relate to these guys better with.”

For Bernard, the goal is to build a connection and trust with his clients, and he hopes that by being able to relate with them, he will be able to help them make smart decisions. Although he admits that he might come from a different background than most advisors, he enjoys his job and takes pride in being able to help others.

“There’s not a lot of African-Americans in this space, especially former athletes,” Bernard said. “I look at it as an opportunity to make a change. I think when my time with Oregon State was up, I was ready for a new challenge. I hope to have my own firm one day and bring my brother out and just kind of be a financial advising firm that takes care of athletes. That’s the vision. Maybe it’s 10 years or so out, but so far it’s been an amazing ride.”