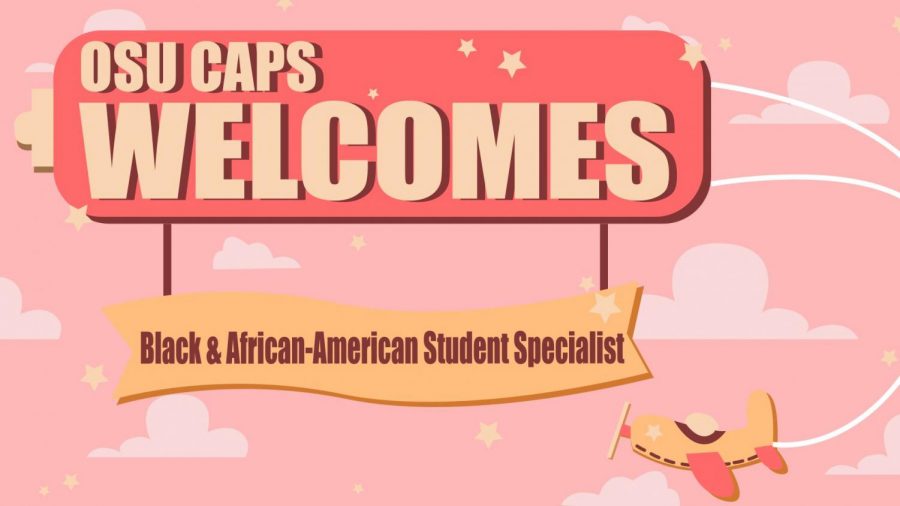 Over the last few years, CAPS has had a short list of qualifications when hiring new employees, including Spanish speaking, Mandarian speaking, experience working with student-athletes and specialized experience working with Black and African-American students, according to CAPS Director Ian Kellems. Kellems said despite the list of qualifications, CAPS never landed a Black and African-American Student Specialist.

“Given everything that happened recently, it helped us to more clearly see how it should be more of a priority,” Kellems said. “Our approach to this search is different in that we’re saying this is all we’re looking for—someone with specialized experience—and that we wouldn’t hire someone who didn’t. It’s been a priority in the past, not as much as a priority as it should’ve been in retrospect.”

Kellems said co-chairs for the hiring process have been selected, including CAPS Staff Counselor Sahana Prasad and Lonnie B. Harris Black Cultural Center Director Terrance Harris. Prasad and Harris will select additional staff members and Black students to help with the search, according to Kellems.

“We’re organizing the search differently than we do most searches, in that usually the search committee is mostly CAPS staff members, and then maybe one or two others,” Kellems said. “We’re sort of flipping that upside down, because we want community buy-in to inform the process.”

Harris said many of OSU’s Black students currently do not feel supported through CAPS, since there is a lack of relation to the issues they’re facing.

“There is also a lack of trust when a student is speaking to a counselor,” Harris said via email. “Historically, Black/African-Americans have had concerns when speaking to counselors (specifically white counselors) due to mistrust and misdiagnosis.”

“I went in for one session and never went back. There was a disconnect between me as a Black queer woman and this white woman sitting across from me crying at my struggles. I tried to go to Portland and even Northwest Albany but without me having a car it felt more stressful to get to my appointments,” Franklin said via email. “I can’t imagine what other Black students like myself have gone through. We have Black graduate students that are there temporarily for CAPS, but Black students having mental health issues isn’t a temporary thing.”

Franklin said while there is certainly a need for a Black and African-American Student Specialist at CAPS, additional support is also needed for Black students at the university.

“The amount of Black students that will surface and be able to reach out for help once they realize they will be heard and seen will be tremendous. We need a Black man, a Black woman and someone that is within the LGBTQ+ community,” Franklin said via email. “Oregon State has the money for it, if they want to retain us and have our small percent to show that they’re diverse they will do so. This will help with past traumas that people harbor coming into college. It will also assist the traumas they face being at a [predominantly white institution] during a time where fellow students don’t believe our lives matter. To the white students that love our culture but not us. We need space to express that hurt.”

Likewise, Harris noted that while it is important to have a Black counselor represented at CAPS, all of the work should not rely on this single hire.

“This should open the door for other Black counselors to be hired and eventually other ethnic counselors. Students that need the space will hopefully find closure with the new counselor,” Harris said via email. “The counselor must have experience with Black students at the collegiate level and be a resource for the community even outside of counseling. This is what strengthens our community and builds trust. This is not a patchwork type of hire. This will be a fundamental and foundational additional beacon of support for our Black community.”

“There is a lot to understand about growing up, living away from home, creating friendships, developing yourself as a young professional, but all the while trying to navigate a white space and area such as Oregon State and the greater Corvallis, [Ore.] area. As it pertains to mental health here at OSU, I feel like there is a lot of cultural competency that is missing and has negatively affected my experience as well as other Black-identified students,” Quinn said via email. “I have definitely felt many instances of imposter syndrome, burnout and anxiety during my time in college. These were not identifiable issues prior to me coming to college, but I believe developed as a result of my experiences during undergrad.”

Quinn called the decision to hire a Black and African-American Student Specialist at CAPS “long overdue,” and said the new position will benefit OSU’s Black community and the campus at large.

“In academic spaces, classrooms, laboratories, dorms, etc., there is a lack of commitment and support from students, faculty and the university to create an environment where Black students feel empowered and hold systems of discrimination in higher education accountable which negatively affects mental health… There are students and faculty that you interact with every day that have experienced traumas that need to be addressed by a mental health professional that can greet them with cultural humility,” Quinn said via email.

Michele Ribeiro, licensed psychologist at CAPS, serves as a liaison between CAPS and OSU’s LBHBCC, and said a key hardship for Black students is attending a predominantly white institution that continues to operate under “White supremacy cultural norms.”

“Several students I have worked with have experienced trauma as a result of working with advisors and/or faculty who were racially biased and oppressive and learning how not to internalize their struggles but rather see them as part of a larger system that isn’t supporting their success,” Ribeiro said via email. “Being one of a few Black students on a campus this large or in a classroom where likely their professor is white, and either being tokenized or micro-aggressed wears away at the well-being of Black students as well.”

Ribeiro also noted that the struggles of higher education can be compounded by additional challenges, such as the death of a parent, sexual assault, depression, anxiety or other mental health conditions.

“There are experiences as a Black person in the U.S. that can only be understood within their community, so being able to mentor and challenge the stigma around mental illness and provide outreach is an important part of supporting Black and African-American students,” Ribeiro said via email. “We also will need to support this [new] colleague so they don’t feel tokenized or that they are being hired to take on anti-Black racism alone since that would be a set-up for everyone. We as a community within Corvallis and the OSU community need to do our part to change oppressive systems and have diversity, equity and inclusion at the core of everything we do, including dismantling anti-Black racism.”

The goal is to have the new therapist position filled by fall term, according to Kellems.

“I think the only hope we have for change is to do better, so we need to elevate the needs of our Black students. I think we also need to be careful—this can’t be CAPS checking that box, and then we’re done,” Kellems said. “But I do think that having a staff member specialize in working with Black students is significantly meaningful, and it’s what our Black students have asked for.”