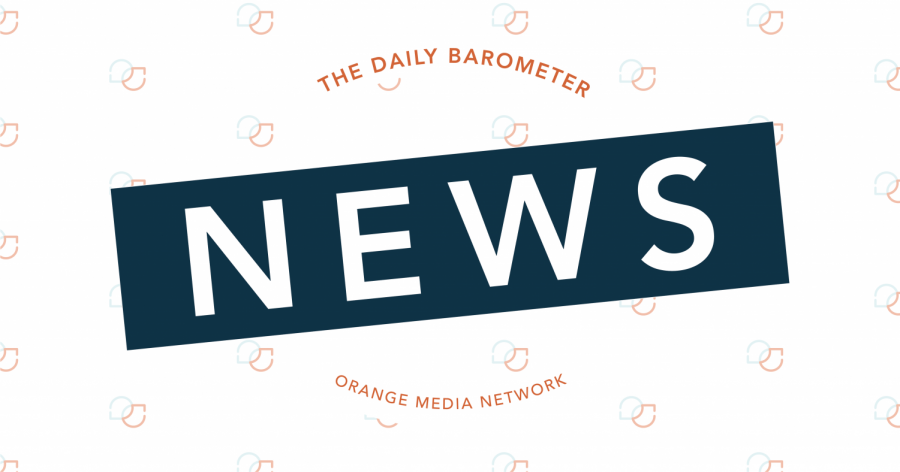 November 3 will mark a national election and potentially new leadership in the White House.

If incoming Oregon State University students or current students are unsure of how to register to vote, Darla Rush, the manager of Benton County Elections and Passports Division, said it’s as easy as logging onto the Oregon online voter registration page and getting signed up, if they have a valid Oregon driver’s license.

“If they do not have an Oregon Driver’s License, but have a Social Security Number, they must fill out the Voter’s Registration Card. This can be printed online, picked up at the post office or here at the courthouse,” Rush said.

When registering to vote, individuals are required to put an address down. Rush said it is up to students whether they want to put down their on-campus address or their permanent address back home. The voter must put a residence address—the address they live at. They then have the choice for their mailing address to use the one they live at or any address they would like their ballot mailed to.

After putting down an address, many first-time voters may see party affiliation as a decision between Democrat or Republican, but Rush said this isn’t the case.

“Voters have quite a lot of options when it comes to a political party. The major parties are Democrat and Republican. The minor parties are Constitution, Independent, Libertarian, Pacific Green, Progressive and Working Families,” Rush said. “They can also choose to not be a member of a party.”

Beyond simply voting, there are other avenues for OSU students to get involved politically on campus.

Ayla Bussel, former president of the College Democrats of OSU before graduating on June 13, coordinated with the Benton County Democrats to teach CDOSU members how to use the Voter Action Network, one of the leading providers of technology to Democratic campaigns. CDOSU also worked alongside College Democrats of America to host debate watch parties during the primaries to encourage student engagement in the upcoming 2020 election.

The College of Democrats of OSU support the ideals and values of the Democratic Party while also aiding Democratic candidates when possible. The group works to increase and invite civic engagement among students on campus who support Democratic causes, Bussel said.

“Anyone who is a student can join! There are no membership fees or dues. We strive to create an inclusive and welcoming atmosphere for all students,” Bussel said.

“Just about anyone can join, and as long as you’re an OSU student, it is pretty easy to become a voting member. We don’t discriminate whatsoever; one of my favorite people to have in our meetings last year was actually also a member of the College Democrats,” Bailey said. “He really helped drive some good conversations—he was also allowed to vote in our last election.”

The College Republicans work to support the election of Republican leaders, increase representation in OSU’s student government, help students vote and educate students about conservatism in Oregon, according to Bailey.

“One of the goals during that time [voting season] is to bring conservative candidates to campus. For instance, last year we brought Alek Skarlatos, international hero, and Republican candidate for District 4 to a meeting,” Bailey said.

In November 2018, Knute Buehler, a gubernatorial candidate who unsuccessfully ran against Gov. Kate Brown, visited campus to speak to students. Bailey said that in general during his time as president he hoped all members will work on campaigning, volunteering and making calls for various candidates or going out and canvassing.

For the College Democrats, members spend their time during voting season joining with OSU’s student government for non-partisan voter registration drives. Members also strive to increase student and youth participation and engagement within the political process.

“You gain a wonderful, thoughtful compassionate community of young people who are dedicated to helping create a better future,” Bussel said. “You will also build a political network in the state of Oregon that can connect you to job, internship, professional development and leadership opportunities.”

There is are a wide variety of other political groups such as Advocates for Freethought and Secularism, a science-belief based group, BridgeUSA, dedicated to bridging the often harsh political divide with empathy and many more found on the OSU Clubs & Organizations page.

One of the biggest benefits of being involved with a campus political group, Bailey said, is being allowed to be in a space where students can discuss their thoughts without judgement.

“It’s difficult to be able to have discussions about policies, events and values in situations where an entire class, as well as the professor, disagree with you,” Bailey said. “We provide a more balanced space where Republicans, Libertarians, and even Democrats can come and discuss things civilly without all the name-calling and blanket statements.”

We will update you as more information becomes available.