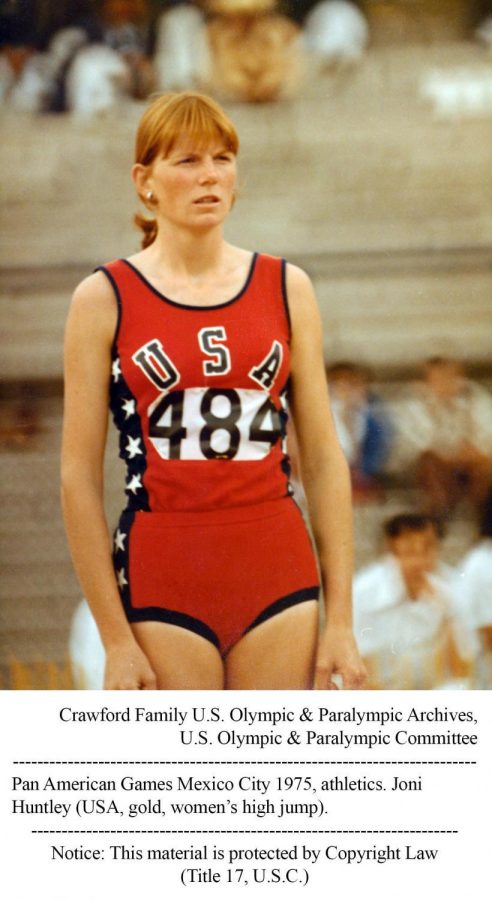 The PAC-12 conference announced on March 4, 2020 that former Oregon State high jumper Joni Huntley would be inducted in the 2020 PAC-12 Hall of Honor Class.

Even before stepping foot on Oregon State’s campus, Huntley was already making a name for herself and breaking records at the high school level. At Sheridan High School in Thornville, Ore., she won a total of six state titles from 1972-1974. Also, while she was still in high school, Huntley cleared six feet in the high jump event at the state meet, setting the NFHS national high school record for the first high school girl to accomplish such a task. Shortly after, Huntley became the first woman ever to receive an athletic scholarship to Oregon State.

During her freshman year of college, Huntley became the Association for Intercollegiate Athletics for Women (AIAW) National Champion and All-American in both the high jump and long jump events, clearing 6’ 0.25” for high jump and 19’ 3.25 for long jump. Shortly after becoming AIAW National Champion, Huntley went on to be the gold medalist in the high jump event at the 1975 Pan American Games in Mexico City, Mexico.

After winning the gold medal, Huntley went on to represent Team USA in the 1976 Olympic Games in Montreal, Quebec, Canada. Although Huntley would finish in 5th place, just short of bringing home an Olympic Medal, she proved that she was one of the best high jumpers in the United States, and even in the world.

After Huntley’s first Olympic appearance, Huntley returned back to Corvallis, and eventually went on to letter at Oregon State from 1975-1978. And although Huntley’s collegiate career was over, her international career was just getting started.

Huntley returned back to the 1983 Pan American Games in Caracas, Venezuela to compete in the same event where she had previously won a gold medal. Huntley brought home a bronze medal in the high jump event that year, and although it was not the finish she had hoped for, she knew she still had something to prove at the Olympics.

In just her second Olympic Games appearance, Huntley represented Team USA at the 1984 Olympic Games in Los Angeles, Calif. It was there Huntley won her first Olympic medal, bringing home a bronze medal for herself and for her country.

To this day, Huntley still holds several Oregon State Track and Field records. She holds the record for most points scored in one national championship, scoring 10 points in both the high jump and long jump event at the AIAW National Championships in 1975. Huntley is also still the school record holder in the high jump (6’ 2.75”) and is ranked No. 5 all-time in the long jump (19-6.25).