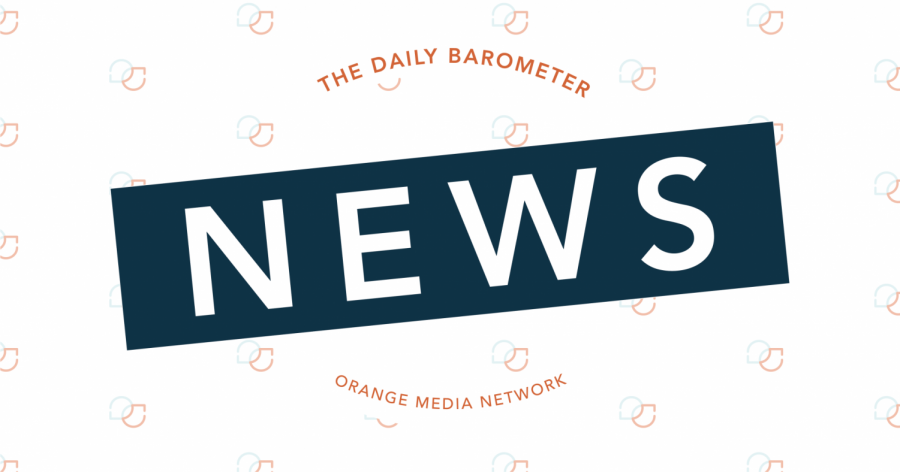 The meeting was moderated by Charlene Alexander, vice president and chief diversity officer at OSU, who posed questions to the panelists that were submitted by the student body.

According to Alexander, the questions submitted by students were overwhelmingly related to concerns about OSU’s incoming in-house police department, and how the OSU administration is planning to respond to the Black Lives Matter movement.

Nuñez Pérez encouraged students to participate in antiracist work and to educate themselves on the history of systemic racism in their communities.

The decision by the OSU administration to form an armed in-house police department has received backlash from several on-campus political groups including Disarm OSU, the Young Democratic Socialists of America and the Coalition of Graduate Employees.

“Everyone needs to know the racist history of Oregon and acknowledge it. The [Klu Klux Klan] were doing marches in Portland not too long ago, like, what, 50 something years ago?” Nuñez Pérez said. “We need to help each other because it’s not just Black people that need to fight for themselves, we need to help them too.”

Nuñez Pérez said she and Rodriguez plan to work with the OSU administration over the summer to prioritize diversity and inclusion on campus, and to elevate student perspectives on the formation of OSU’s in-house police department. According to Nuñez Pérez, the first Public Safety Committee meetings will be public and will aim to center diverse student voices.

Joel Walker, president of the Student-Athlete Advisory Committee and third-year student in business and management, said the recent protests and marches in Corvallis have given him inspiration and motivation for the future.

“It’s going to be important to continue this momentum, continue to normalize these conversations and normalize the push and actual action toward making change,” Walker said.

Walker said the Student-Athlete Advisory Committee had held a forum as a platform for Black student athletes to share their experiences and hopes to push for policy changes, like making Nov. 3 a mandatory day off to encourage student athletes to vote.

“The change that is going to happen is going to come from multiple avenues. Alexander can do things I can’t do, Metzin and Isabelle can do things I can’t do. So truly, I see it happening day by day with the units at Oregon State, just continue to come together, come in line and work towards a feasible plan, because as Isabelle has mentioned, it’s tiring work,” Walker said.

Walker said he advocated for mandatory diversity and inclusion training for faculty, staff and coaches, and that he wanted to decrease the stigma around discussing race in America. He also discussed plans to bring former student athletes back to OSU to share their experiences and to help push for the demands of student athletes of color and suggested that the OSU administration should hold public webinars for students to hold conversations directly with members of the incoming police force.

Logan Quinn, a fourth-year horticulture student and former vice president of the Black Student Union, called out OSU’s administration for their delayed reaction to racial injustices at the university.

“I think as a Black student, and as a Black woman, first, I’m disappointed in the fact that it takes a huge movement to kind of wake people up and start this conversation. Students at this campus have been pleading for these same things for years now,” Quinn said. “With Andrew Oswald I wanted people to care about us, when there was a student just this year with police brutality, I wanted people to care about us, then, instead of just caring about us now. I don’t think that it should take an open-letter forum, I don’t think it should take outside pressures from the university to start these changes and catalyze them.”

Quinn also said she was pleasantly surprised to see that the administration has started acknowledging and implementing some of the long-standing demands of the Black community at OSU, like bringing an African American specialist to Counseling and Psychological Services, even if she wished the change had happened sooner. Quinn added that she hopes to see policy changes preventing racist speech on campus.

Quinn suggested that students coming from a place of privilege could support businesses owned by Black students, take classes related to race, and get involved with Black-led clubs and organizations on campus.

“You can educate yourself as much as you want to, but if there’s no action behind it, then it doesn’t matter,” Quinn said.

Alexander said as a member of the Public Safety Taskforce, she encouraged students to share their perspectives on the incoming police force and what it will mean for the culture at OSU.

“What are the values of the institution? What are those values and how do those values show up when we are now making decisions about public safety? There are some tasks that require us legally, by federal law, to have armed police within OSU, and there are lots of tasks that don’t,” Alexander said.

Rodriguez said she hopes that she and Nuñez Pérez will be able to create real change on campus during their administration. Rodriguez said she wants to see more people of color as faculty, staff and administrators, to improve retention of students of color and to decrease “imposter syndrome” in science, technology, engineering and mathematics.

Nuñez Pérez said she hopes to see training for faculty on recognizing and eliminating micro and macro aggressions within their classes and their interactions with students.

Erin Rook, the diversity coordinator for OSU Cascades, said they hope to see OSU create meaningful change in their policies regarding race.

“What is the university actually doing? In a lot of moments like this, organizations feel compelled for a variety of reasons to make statements, but statements are just words. What I’m hearing from students is that they’re really wanting to see the actions behind those words,” Rook said.

Further questions regarding race on campus can be sent to [email protected].