The Daily Barometer • May 28, 2020 • https://dailybaro.orangemedianetwork.com/2598/city-daily-barometer/future-of-historic-van-buren-bridge-in-corvallis-still-uncertain/ 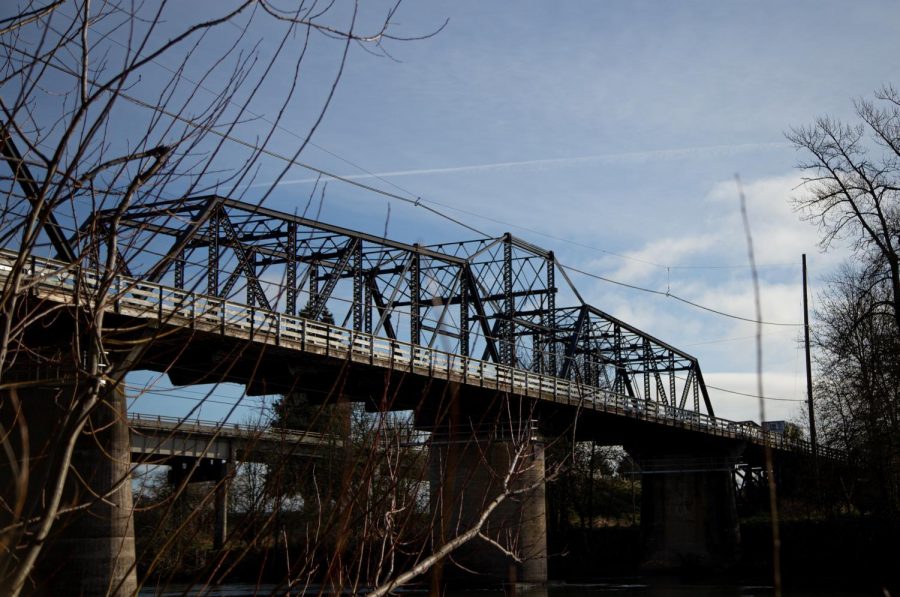 Some community members advocate preservation of the historical structure, which will be replaced in 2022, but no new owner has stepped up yet.Photo taken before coronavirus shelter-in-place order.

In 2022, Corvallis residents will have to say goodbye to the Van Buren Street Bridge in its current location—but perhaps not to the bridge itself.

The Oregon Department of Transportation currently owns and maintains the bridge, but is currently looking into donating it because, as a historical structure, federal law requires ODOT to try to donate the bridge to a local government, organization, or private citizen before being demolished. If a new owner does not come forward by September 2020, the 107-year-old bridge will be demolished for a new bridge to take its place.

“All ODOT asked us was whether we would take ownership of the bridge,” Bull said. “The only cost information we had at that time is that it would cost up to $12 million for us to take it.”

According to Anna Henson, the senior transportation project manager for the Van Buren Bridge at ODOT, the $12 million is an estimate of how much maintenance will cost for the bridge in the long term.

ODOT has prepared for the new bridge project to cost an estimated $69 million, with a preliminary cost estimate for construction coming within a few months, according to Henson.

“The purpose of the Van Buren Street Bridge project is to construct a river crossing or bridge with two vehicular travel lanes and a multi-use path,” Henson said via email. “For the next 75 years, the new bridge will carry highway loads, be seismically resilient and substantially maintenance-free.”

According to Henson, the historic Van Buren bridge can’t be retrofitted or rehabilitated for the current bridge project because of its many deficiencies.

The current Van Buren Bridge is also seismically vulnerable and is subject to collapse during an earthquake due to its design and construction during the time of 1913, Henson said. The bridge is factual critical, which means if one of the structural members of the truss span fails it could cause catastrophic failure for the truss.

While some members of the community have gone to City Council meetings to share why they believe the city should take ownership of the bridge, others believe that the bridge should not be purchased by the city.

Bull has been working on solutions that could convince the Council to go back and perhaps take ownership of the Van Buren Bridge by moving it down the river.

According to Bull, when the Riverfront park was first being designed, part of the vision was there would be a pedestrian bridge going across the park over the river. Sliding down the current Van Buren bridge could go in line with the original plans of the park.

Susan Licht, a preservation architect and member of the Corvallis Historical Resources Commission said they could move the current Van Buren bridge down the same time as the new bridge is being constructed if the city were to claim ownership.