The Daily Barometer • May 6, 2020 • https://dailybaro.orangemedianetwork.com/2719/opinion/students-on-the-internet-how-has-your-social-media-use-changed-during-isolation/

Students on the Internet: How has your social media use changed during isolation? 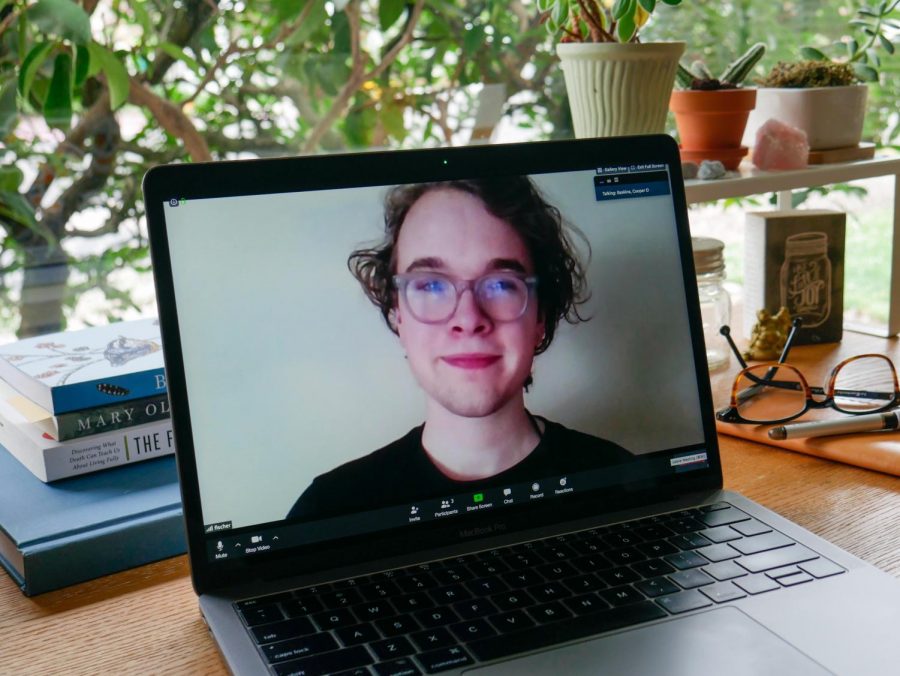 “I would say that I am on my phone more because I am in my house more. I don’t know if I am using social media like Facebook and Instagram necessarily more. I think I am on stuff like Zoom and Discord more as a way to see people that I cannot see in person.”

“I think having social media is kind of a pro during quarantine, because if not for social media, I don’t think there is much to do since we can’t talk to friends or meet with anyone. It is interesting how more people are getting artistic, and posting it on social media.”

“Last week I spent about 50 hours on my phone and tablet. I do social media work for both of my jobs and now that my schedule is more flexible, I post more frequently and more spread out during the day to reach a wider audience. I’ve been sharing COVID-19 updates and resources for students as well as virtual volunteer opportunities, events and jobs/internships. The time I’ve spent watching videos (TikTok, Netflix and Facebook), listening to music and creating shared playlists (Spotify), and talking to friends and family (FaceTime, Whatsapp and Snapchat) has definitely increased in quarantine because it’s how I stay connected to the rest of the world.”

“I use social media a lot. I don’t really post much of my own stuff, but I definitely consume it a lot. I think a lot of us just pull out our phones and scroll through Facebook or Instagram while waiting for food, or something like that. I definitely do that. For some time now, I definitely feel like I get tired of social media because of how present it is in my life. I think the quarantine, for me personally, has kind of exacerbated that. A large part of the way I use social media is to get news from pages I follow on Facebook or just something a friend shares on their Facebook. A lot that comes into my feed is news, and inaccurate things the president said, if it’s talking about the numbers around COVID-19, it is stressful. There has been a couple of times I have wanted to delete Facebook or stop watching YouTube, but it is a lot of my entertainment.”

“I used to stay off social media during the school year, but for the most part, I have been using a lot more social media like Facebook to keep in touch with people. My screen time is like six to seven hours a day. One of the cons of using social media is the blue light getting into your eyes, which is not great, it is very straining on the eyes and mental acuity. It is probably making people a lot less motivated, it’s making me a lot less motivated, because it’s kind of hard to keep track of everything, but I think it’s easier for some people to send quick messages to set up a meeting.”

“I think [my social media use] has changed differently than it has for others. For me, I have tended to stay off social media and enjoy nature. I have not been going on social media as much as I was before the quarantine. I have been hiking with my dog, still social distancing,  and enjoying being out in the sun.”

“I would say that social media has taken over a lot of my time. I do not spend like every second on it, but I do notice it is more periodic, maybe after 30 minutes I will look at my phone, or sometimes even shorter than that, because I am trying to be more engaged on social media because I am really awful at it. I am someone who really values human interaction, and this quarantine has put me in a dilemma because I do spend a lot of time outside and interacting with people, so I am using social media a lot more so that I can keep in contact with a lot of my friends and people in my organization.”

“Before I tried to stay away from [social media], because I saw it as a distraction. I did not use it all that much, but because of this quarantine I have been on my phone more, I might as well check what is new on Facebook and then it leads me down the rabbit hole where it is like 30 minutes to an hour, two hours and it’s just a huge wormhole. It is great to have social media to talk to your friends. For me, I am from Maine, so my family and friends are across the country. I love social media because I am able to talk to them, but with work in general, it is kind of a distraction, it is a matter of self discipline to be able to be productive and also talk to your family members.”

“My social media use has definitely gone up a lot. I am a super extroverted person, so it’s nice to talk to people through social media, not quite the same as hanging out with them in person, but definitely gives me something to do, which is pretty nice. I am also focusing on classes, but it is pretty nice to kind of have that social aspect when I am talking to people, even if it is not quite the same.”