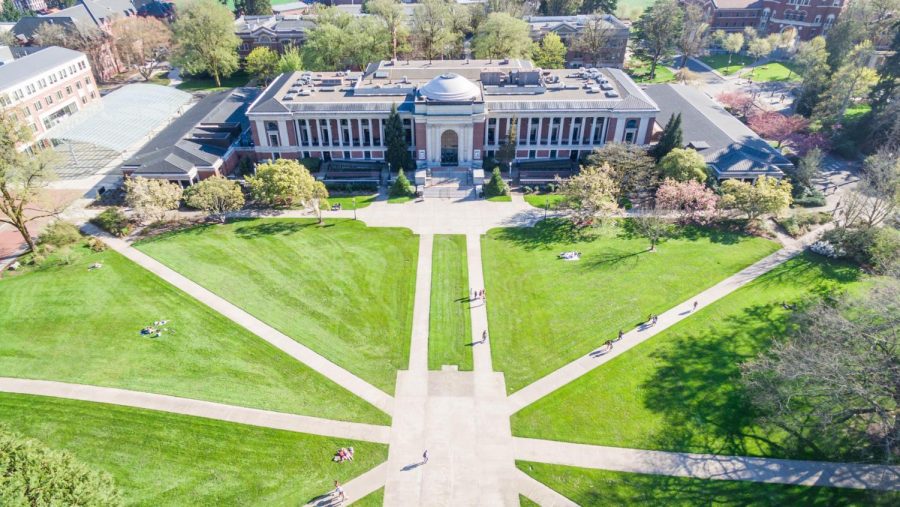 Following a unanimous vote by the Oregon State University Board of Trustees on April 3, 2020, OSU will move forward with developing its own in-house police force by July 1, 2020, the date the university’s contractual agreement with Oregon State Police expires.

OSU’s police force will consist of armed, sworn police officers. The decision to move to in-house law enforcement was made after OSP terminated its contract with OSU on Oct. 23, 2019. The decision was also informed by Public Safety and Input Listening Sessions which were held throughout March by OSU’s Public Safety Advisory Committee.

“This decision supports OSU’s longstanding commitment that public safety is the university’s first priority, and it reflects the values of the university community in providing a safe and welcoming community for all,” Steve Clark, vice president of University Relations and Marketing, said via email. “Trustees, university leaders and the Public Safety Advisory Group all took stock of the Corvallis campus being an educational environment, which is a different setting than providing law enforcement in a city, county or statewide.”

Charlene Alexander, vice president, chief diversity officer and co-chair of the Public Safety Advisory Committee, said the committee carefully reviewed options to ensure they met the values of the university, and took qualitative data and community input into account.

Paul Odenthal, senior associate vice president for administration and the co-chair of the Public Safety Advisory Committee, said having an in-house police force on campus ensures the university’s mission and values will be upheld.

Odenthal said the number of police officers and the organization and structure of the police force is still to be determined. Employee interviews and hiring will occur prior to July 1.

“We will have the initial aspects of this new department in place July 1, and over the balance of summer and fall, we intend to staff the program to serve the campus’ licensed law enforcement needs,” Odenthal said via email.

Clark said although OSU will operate its own law enforcement program beginning in July, the university is fortunate to have partnerships with the City of Corvallis Police and Fire Departments, the Benton County Sheriff’s office and the Benton County District Attorney’s Office.

Over time, the cost of the university’s in-house police force will be similar to the cost of OSU’s contract agreement with OSP, yet there will be initial start-up expenses that will not occur on an ongoing basis, according to Odenthal.

Odenthal said the university and Public Safety Advisory Committee plans to hold more community engagement sessions over Zoom to gather insight from students and community members, along with additional information regarding priorities for public safety at OSU.

“The input we receive is very important to the entire process. We hope to gain more insights from the community as we move forward,” Odenthal said via email.