Daarstad: The U.S. avoided war with Iran, a lot worse 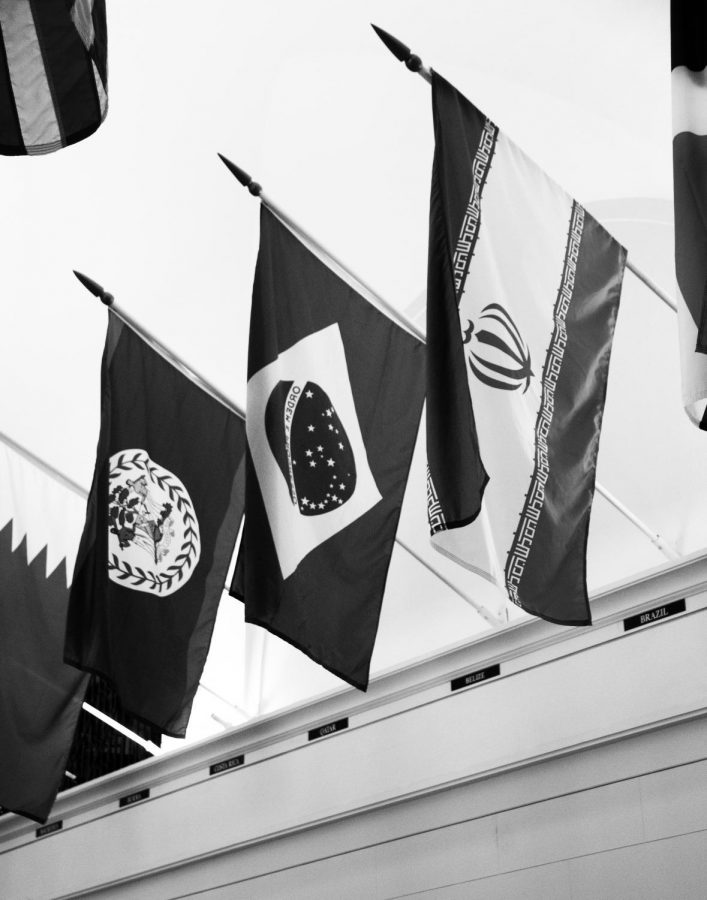 The Iranian flag (RIGHT) hangs in the Memorial Union on the OSU campus. Columnist Haley Daarstad believes the U.S. nearly avoided a war with the Islamic Republic.

The consequences of the Trump Administration’s decision to assassinate Qasem Soleimani, Iran’s military commander and head of the Revolutionary Guards Quds Force, are not good.

The U.S. was fortunate enough to, what seems like at the moment, avoid a war with Iran, a lot worse could have happened.

The president of the United States gave the order for a drone airstrike on Iran’s military general. Soleminai was being watched for a while, as other presidents were given the decision to assassinate him, but chose not to.

After the president announced that the strike was completed by the United States, the country questioned President Donald Trump’s decision to kill the second highest-ranking person within the Iranian government, with tensions already high.

Imminent threat was the main argument for the strike, although the Trump administration has struggled to show cause of imminent threat. Not only was there no legal reason for the strike, but there is question of whether this violated international law because the strike was conducted in Iraq airspace.

Few U.S. allies and Congress members were notified before the strike. Leaving the question: why this was conducted? Although Soleimani was the head, this does not stop the network.

A network can operate without the head, because the head of the network can always be replaced.

There was no legal reason for the strike, and there have been many consequences because of it. Not only were American troops hurt by an airstrike in retaliation by Iran, a canadian plane was accidentally shot down because of the heightened military in the area. These are just some of the consequences.

Any possibility of a nuclear deal being reached is improbable. Isalmic states are also seeking to come back to power during this period of high tensions, which could lead to problems for civilians in these areas.

One of the public’s biggest fears was the chance of another war. A war would have affected a lot of people in and around the U.S., including Oregon State University students.

“One thing with this action was that there was immediately more scrutiny at the border…I can imagine a lot of our international students are concerned about that,” Nichols said.

Mohammad Shakibnia, a political science and philosophy major at OSU, explained his concerns about U.S. and Iran relations and the increasing tensions. Iranians have been under attack by the Trump administration with policies such as the muslim ban and his demonization of Iranian Americans, Shakibnia said.

“It’s very important that Iranian students receive the support they need from the OSU administration, whether being immigration legal services, mentorship, or community,” Shakibnia said.

“Any limit of presidential war powers is a positive sign. We have only been in a state of disastrous endless wars for decades, and it is critical that we fundamentally revolutionize the way we think of American foreign policy,” Shakibnia said.

Under the resolution, the president can order military forces into imminent or ongoing hostilities under three conditions: declaration of war by Congress, Congress has provided authorization, or a national emergency because of an attack on U.S. soil or territories.

This decision will affect a lot of things, and it’s pivotal that Congress is taking the necessary steps to prevent further issues and war.

Limiting the president’s military power was the correct action to take because the U.S. got lucky this time.

Next time, the United States may not be so fortunate, and it’s important that these decisions go through the correct channels to prevent disasters that could affect a lot of people.