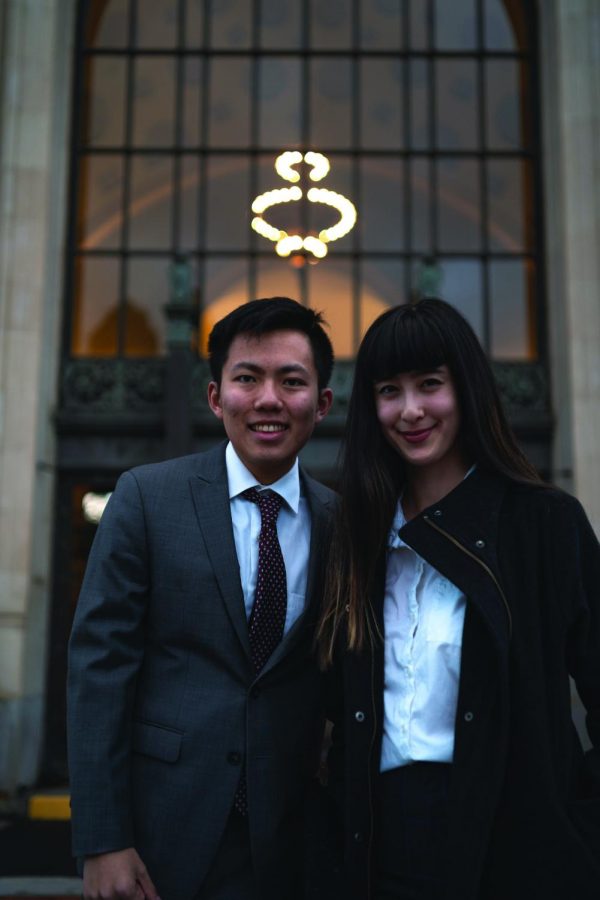 On Friday, Feb. 21, a statement was released by the ASOSU Elections Committee regarding the violation, just six and a half hours before the ASOSU elections voting period for the 2020-21 academic school year closes at 10 p.m. According to the statement, on the night of Sunday, Feb. 16, the Elections Committee received a statement regarding an alleged campaign violation that occurred during a meeting between Hill and Dylan Perfect, another presidential candidate. Hill confirmed at a Feb. 20 hearing for the matter, held by the Elections Committee, that an offer had been made to Perfect to reimburse him for money spent leading up to campaigning dates in order for the Perfect-Warren ticket to end their campaign in the ASOSU election.

During that same hearing on Feb. 20, Hill was provided the opportunity to explain his defense to the committee members in order to evaluate the accusation and determine if a violation had, in fact, occurred. After discussion, the Elections Committee determined that the accusation of bribery against the Hill-Fujimura ticket did, indeed, constitute a major campaign violation.

At this point, Hill requested an appeal on behalf of the Hill-Fujimura ticket.

According to ASOSU, the Hill-Fujimura ticket has requested to further appeal this charge to the ASOSU Judicial Council, as allowed under official election rules.

The Committee will withhold the results for the presidential ticket until the Judicial Council has ruled on this matter.