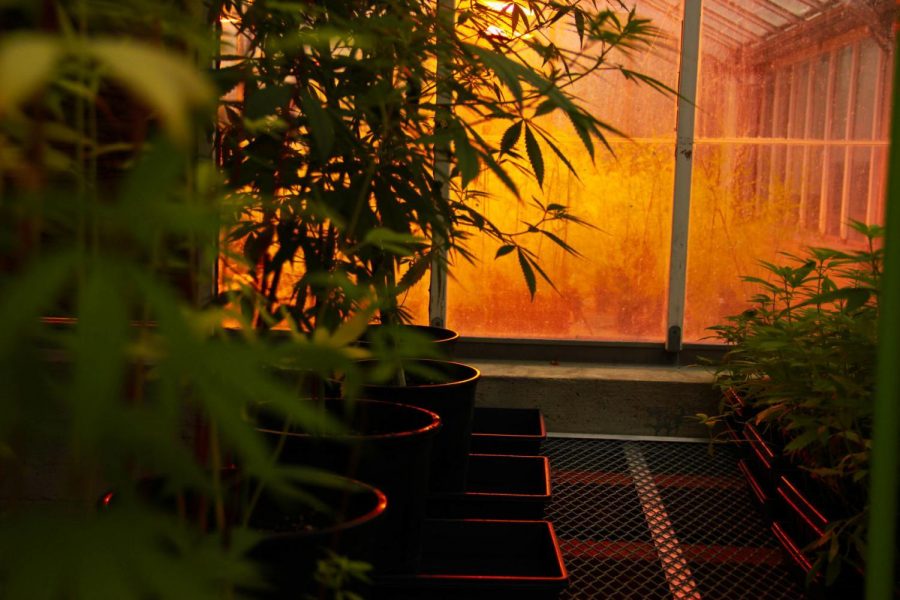 OSU’s Global Hemp Innovation Center received a $900,000 grant to for the advancement in producing the first doubled haploid hemp plants.

After the Global Hemp Innovation Center first opened in 2018, it received two grants from Oregon CBD to further hemp research, the most recent being a $900,000 grant last week.

This money was donated to the program on a three-year term for the advancement in producing the first doubled haploid hemp plants in order to accelerate the breeding process, according to Daniela Carrijo, a postdoctoral researcher on the project.

If successful, OSU will be recognized for pioneering research in hemp genomics, beating out privatized research organizations who are racing to the same outcome.

In September of 2019, the center received a grant of $1 million to explore the specifics of the DNA sequences that separate hemp from marijuana. Kelly Vining, an assistant professor with OSU’s Department of Horticulture, had taken on the job of creating a map sequence of hemp DNA.

According to Vining, her lab specifically deals with finding out what genes are responsible for making the plant produce CBD, and how to maximize the output of CBD coming from each harvest of the crop. The breeders are then able to tag the DNA markers and screen plants at a young age to find the genes that they want, without having to take up space in the greenhouses.

“We are connected to Kelly Vining’s program, so what she’s doing in the genome sequencing side is really important for what we’re doing because we will be using the same, or many of the same, varieties she is sequencing for our doubled haploid production,” said Pat Hayes, Ph.D., a professor of Barley Breeding and Genetics working with Carrijo on the project.

The research done on OSU’s campus was legalized when the U.S. Department of Agriculture reclassified hemp and allowed for it to be industrially grown in the 2018 Farm Bill. Now, Oregon is home to over 20,000 acres of legalized hemp, some of which is transported directly onto OSU’s campus for research.

“Whether it’s the genetics breeding and genomics, production, animal production and health, human health, or engineering… we’re organizing our faculty to bring their talents together, and so effectively engage this emerging industry, and effectively partner with them and together solve the many challenges that need to be solved,” said Jeffrey Steiner, the associate director of the Global Hemp Innovation Center.

Beginning with its first partnership with Oregon CBD, the Global Hemp Innovation Center has made other advances to its program, including a Hemp Equity Program, geared to provide assistance to communities of color, so they have equal opportunities entering the fast-paced industry.

The center is currently in the process of hiring a  for the equity program, while simultaneously partnering with historically black colleges and universities, tribal communities in Oregon, and Hispanic-serving institutions.

The Global Hemp Innovation Center will continue to build partnerships, develop programs, and extend our outreach based on research being done on campus and OSU’s network of research and extension centers across the state, according to Steiner.

Carrijo and Hayes will be working on this research project for the next three years and are hoping to get as much progress done while the grant is still in effect.

“We don’t know how much is being done on the private sector because there’s a lot of confidentiality,” Carrijo said. “If we are the first ones to discover this, it’s going to be really exciting.”